There has been a two-day lull in Palestinian missile attacks on Sderot. Our Israeli correspondent MC used the opportunity to examine the recent history of “two-state solutions”, in Israel and elsewhere. He says, “I wrote it on Friday as we sat waiting for the next incoming.” 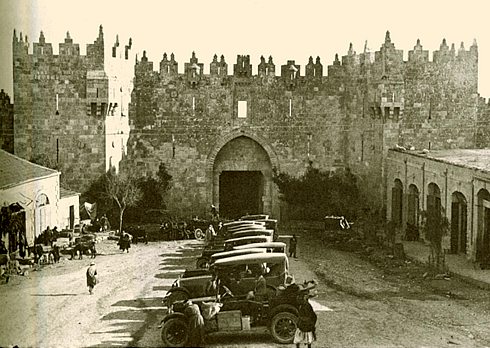 Two-State Solutions — Do They Work?
by MC

Nobody here in Israel really wants a two-state solution. It is the obsession of a particular clique of elitist left-thinking politicians who see dividing and ruling as their droit de seigneur; their divine right to rape the world in the name of a New World Order. The existing propaganda relates two states to peace. This is a chimera.

In Israel we have had at least three attempts at the “two-state solution”, each one stripping away territory with no quid pro quo. The first one was in 1923; the most recent is still ongoing, but is stagnating because one side will make no concessions.

In many ways, the one side is more honest: they want a one-state solution which is facilitated by the annihilation of the Jewish State of Israel (as a prerequisite to the extermination of Jews worldwide).

This is ‘acceptable racism’ because it is not Judeo-Christian in it origin. To be ‘racist’ one must be born into Judeo-Christianity, and these are Muslims.

The Scottish Nationalists want an independent Scotland. They want a two-state solution, on the assumption that, if it works they get power, and if it does not work they will get bailed out and will still retain power. So it is win/win for them as long as they can rely on other people’s money to underwrite the risk.

In 1922 the League of nations mandated Great Britain to create a Jewish Homeland in the territories prescribed by the mandate, and based upon the Balfour Declaration of 1917, a letter of intent addressed to Baron Rothschild. This was land recovered from the defeated Ottoman Turks by the efforts of British and Commonwealth Soldiers in 1917/18. The British immediately ceded some 80% of the land to the Arabs, the first two-state solution in the area, depriving the Jewish homeland of a huge tract of land.

A later two-state solution was proposed by United Nations Resolution 181 ratified in 1947, which further split the remaining land between Jews and Arabs. The Arabs rejected this two-state solution and invaded the Jewish areas in 1948. They lost. They also lost three successive wars to bring about a ‘One (Arab) State Solution’. After the 1973 annihilation they gave up military warfare for political lawfare, claiming the intention of a two-state solution (to appear tractable in the eyes of western liberals) whilst insisting, in reality, on conditions appertaining to a one-state solution, and making political pawns of the people they claimed to be serving.

The 1938 Munich crisis precipitated a two-state solution whereby the Sudetenland was given to Nazi Germany, with dire results for a Czechoslovakia left defenseless against the might of a barbarous enemy. The Soviet-Nazi pact was a two-state solution for Poland that left Poland in ruins and its population ravaged. Germany in its turn was subject to a two-state solution, the Russian part of which suffered immensely. Another barbaric two-state solution was the partition of India in 1948, with a death toll of some three million souls.

So now we come to the Ukraine, a sad country with a sad history caught as it is between great powers of history, past and present.

Here we have a problem not unlike the Arab/Israeli situation: we have a large immigrant population imported by a third-party occupier into a state that has never really been an independent state. It is also a state with a history of being a victim of mass murder. Here in Sderot there is an elderly Ukrainian lady who was about eight years old at the time of the Holodomor. She remembers surviving by eating grass; there was nothing else. She was a victim of rampant socialism from an early age: “From each according to ability, to each a handful of grass.”

Two-state solutions imply a large degree of social engineering, and that is probably the root of the problem. Left alone, the states would find their own accommodations. Left alone, Ukraine would have found an equilibrium. That is now impossible; the Balrog has been awakened and cannot easily be pacified. The question is: who woke it and why? Are Ukrainians once more to be sacrificed to the ambitions of competing powers?

It appears that Humpty-Dumpty was pushed off the wall, but the result is the same. Maybe a civil war followed by a partitioned Ukraine? A two-state solution to a problem that should never have existed — a futile exercise in Hegelian cynicism.

The arch-egotist John Kerry is also trying to push on Israel a two-state solution that everybody here knows is a farce. Palestine is to be ethnically cleansed of Jews; this is acceptable. Israel, however, is to be left with a large and hostile Arab minority because ethnic cleansing of non-Judeo-Christians is not acceptable. Abbas is the unelected dictator of the West Bank, and even there he has to be propped up, for he has little power except via the funds donated by the West. Any peace document signed by Abbas is about as binding as an Oslo accord. But of course, it only has to last until the voting in the U.S. mid-term elections is done. Then it can be abandoned and the peoples of Israel and Judea and Samaria left to suffer the consequences, ’cos that’s what history shows us happens in “two-state solutions”.

The two-state solution is a political toy played with by bully states who wish to ‘rule’ both parties, a political football to kick around until it’s time to do something else. Then the two sides are abandoned to the resulting hate and hostility.

Israel sorted out its two-state problem, only to have it re-imposed by the Carter and Clinton administrations. The Ukraine’s two state problem only became a problem because third parties fanned the flames of ethnic tensions for their own purposes. People, when you hear of a two-state solution, “be afraid, be very afraid.”

14 thoughts on “Two-State Solutions — Do They Work?”