Our Israeli correspondent MC sent this article a couple of days ago, when Hamas was yet again launching rockets into Sderot. 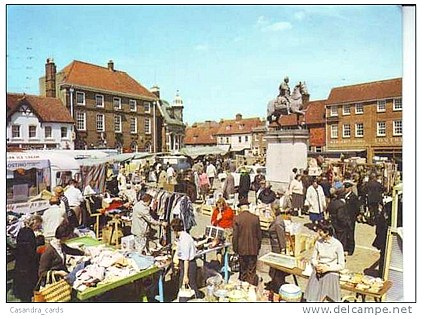 This morning, once again, Hamas made my alarm clock redundant. As the “Sever Adom” went off, I was welcomed into the new day by two detonations.

But I feel safe here in Sderot — nobody is going to lynch me because I keep Shabbat and Passover.

England, the country of my birth, is no more. it has been replaced by something that is unfamiliar to me. As a child in England I grew up in a safe idyll; I had little cause for fear in a society that, looking back, was very tolerant.

It was not a society without faults. There were problems, but it was acknowledged that there was such a thing as ‘tough luck’, which no amount of legislation and redistribution of wealth could amend.

Then there was that fateful day when we joined the then-EEC (European Economic Community), what is now called the European Union.

Much of the page space on the Gates of Vienna blog is given over to expressing the culture shock being felt by writers and contributors from the European Union about what has happened as a result of their countries’ joining the European Union. In Sweden, Finland, Denmark and Holland, and even in Germany and Austria, part of the original Six, we all weep for our beloved countries.

The European Union has thrown a blanket of bureaucratic fascism across our countries, closing down individuality and once more seeking the new European man — homo civilis europus.

This is a man shaped by media, who from the cradle has been subjected to many hours in front of the ‘electronic baby sitter’ on a daily basis. This is a man whose mind and morality are shaped by 22-inch flat screen high definition jelly.

The pixelated worldview this produces is specifically shaped to preclude thinking outside the box (‘the box’ being ‘50s and ‘60s slang for television — my Dad called it the “square-eyed monster”; he was prophetic).

Few people now ‘read the book’, so they know nothing about Tom Bombadil, and thus the tee-shirt they take away with them lacks substance. It is not so much that they have ‘lost the plot’, but that the plot has been redefined and the Shire never gets scoured.

My birthplace in Hampshire has so much burnt-on crud that now it needs wire wool to get back to the bare metal. What it does not need, however, is a hammer and sickle, to beat and cut away the crud; these types of tools will change the underlying shape of the pot — we need a Hampshire pottage, not a Bangladeshi balti.

But Hampshire does not exist in the context of the European Union. It is lost somewhere in the regionalization process, and will therefore never get scoured.

If one believes that we are ‘all born equal’ and that ‘nurture’ not ‘nature’ is pre-eminent in the moulding of souls, then the European Union makes sense, but this is religious belief and not reality. The reality is that there is a malevolence in society which cannot be glossed over because of the nobility of the cause.

My brother, a lifelong socialist, believes that the European Union concept will put an end to war, and that to achieve this is paramount. That there may be a cost is accepted. He does not, however, perceive the gamble inherent in his belief as in the political sense. He is a fundamentalist — he does not understand the need to monitor the costs of the project, either financial or social.

There comes a point where either of these issues will cause exactly the kind of strife he is trying to avoid.

The European Project is essentially a religious undertaking, a huge social experiment with mythology at its core. What we are seeing on these pages is fallout, and fallout is a dangerous side effect of meddling.

There is a stark difference between experimentation and meddling. Behind an experiment is a hypothesis; behind meddling is ignorance. The two are similar except that in trying to prove a hypothesis, one has set limits and paradigms. When one meddles, there are no limits and no paradigms. Experiments sometimes produce unexpected results, but because there are limits, then the results tend to be limited. Not so when meddling.

When Britain joined the EEC, it was because the EEC was prosperous. On the day before Britain signed up, the Common Fisheries Policy was signed at a secret meeting to which Britain was not invited, and Britain unexpectedly found that its protected (and well-managed) fisheries had been signed away to EEC ownership. Within ten years the British fishing fleet was decimated, and the fish stocks around the country raped.

Valuable catches were being thrown overboard, adding to the pollution problem. Fish do not survive the trawl process; they are asphyxiated before they get onto the deck of the trawler, but legislation was aimed at managing prices, not sustainability. It is even possible that those drafting the legislation, in their profound ignorance, thought that the unwanted fish were returned alive to the sea, just as little boys fishing off a wooden pier would do with their catch.

For many countries, the results of meddlings in the ranks of the unelected European Union bureaucracy have become dire. The people of Cyprus are now victims of the outright theft of a proportion of their housekeeping and savings. This is a criminal act on a grand scale, but because ‘the end justifies the means’ this immorality is whitewashed on the basis of ‘need’.

Need is usually a question of balance and context, but in a context where the end justifies the means, need can become paramount and is no longer subject to scrutiny. Thus, when need dictates that, for example, the EDL must be demonised, then means will be conjured up to fulfil the need.

Conjuring tricks tend to be obvious to those with a bit of knowledge, or even to those with the ability to reason. But if you can dumb down the audience to the point that they believe in magic, then the conjurer is king.

So too, in a dumbed-down society, ‘need’ becomes an overriding excuse for any excess. Weimar Germany ‘needed’ a scapegoat, and Zionist Bolsheviks fitted the bill, National Socialism did the deed and thus fulfilled the need.

In the Europe of the fifties, the need was to end wars, the magic wand was waved and hey presto! the EU and ‘ever closer union’ fulfilled the need, the fallout of which has been national and cultural ‘patriacide’.

My Hamas alarm call is not pleasant, but here in Sderot I do not have to fear that every knock on the door is a cultural or religious zealot, fulfilling a need by ridding the world of ‘apes and pigs’ or Zionist khazars.

10 thoughts on “The Conjurer Is King”