Our Israeli correspondent MC reports from Sderot with thoughts about President Barack Hussein Obama’s visit to Israel, and what changes it might portend for the regional balance of power.

This One I Dread
by MC 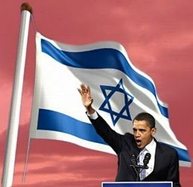 It’s raining here in Sderot, and when it rains we expect the missiles. Along with rain comes reduced visibility, and thus greater safety for those who launch the missiles.

Much as I hate the missiles, and the reasoning behind them, one is forced to concede the ‘bravery’ entailed in launching these missiles. I suspect that more missile launchers have died at their posts than citizens of Sderot, their victims.

Mostly, the missiles are harmless, but the small percentage that land within the city kill and maim indiscriminately. But then that is what terror is all about.

The aim is to so intimidate me that my normal life is disrupted, and I seek safety by abandoning home and job. This was the aim of bombing in the 20th century wars. It did not work, but it made the home front populations feel better.

We have now had some 3 months without an alarm. I suspect there are several reasons for this situation, the first is that Iron Dome missile defence system proved so effective that the return on investment has became nil. Secondly, the Egyptian regime appears to have facilitated the introduction into Gaza of longer range missiles that go ‘over our heads’. Missile systems have a minimum as well as a maximum range.

Thirdly there is the political solution to Pillar of Cloud, details of which have been kept from us, but I expect we are going to find out about very soon. The feet of Obama on Jerusalem’s hallowed ground is not going to bring good news, joy or peace.

Then, there are the goings on up north, in the Golan. The Golan was occupied and held on to because of the Syrian penchant for meddling with water supplies, and particularly the headwaters of the Jordan river. Being baptized in the river Jordan is still a sacred practice foe Christians, and the river is a popular stopping point for the many tourists in the area. Syria planned to divert the river.

Now we find that the SRA wants to secure the Golan area prior to Obama’s visit. The question I ask myself is, which borders will O want Israel to concede this time? The 1967 ‘Green Line’ or United Nations Resolution 181 borders? It will certainly not be the League of Nations ‘Jewish Homeland’ of 1922.

The ‘Green Line’ was drawn on a map in wax crayon as an informal agreement between the two opposing generals in 1967 in a private arrangement to avoid ‘accidental violations’ it has persisted into today’s politics, but has no significance in law.

To revert to the green line will be a huge victory for Islam in many ways, the most tragic being for those Israelis living in suburbs like Gilo. Gilo is a newish area about a mile from the Green Line. It will be ethnically cleansed. 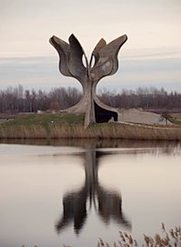 Muslims appear to be exempt from the idea of ethnic cleansing as a ‘war crime’. The ethnic cleansing of Serbs from Bosnia and Kosovo seems to have been totally overlooked by the NATO court ICC in the Hague. That it is the intention of the PA to implement Judenrein in any territory they gain seems to be insignificant. Serbs and Jews, now where have I heard that linkage, oh I know, the Jasenovac death camp.

One thing Israel has learnt in its short history is that ‘friendship’ in international terms means that friends do not kick one quite so hard as enemies do. The US relationship with Israel works only as long as there is a strategic need. Obama seems to see Egypt as fulfilling that strategic need better than Israel, and I can visualise this coming visit as signalling a pivotal change in US-Israeli relations.

One of my sons is currently doing service in the IDF. He was telling me that the army was somewhat nervous of having 6,000 US servicemen in Israel, not so much that the U.S. Army is hostile, but that their Commander is just not predictable.

Luckily, O cannot afford to alienate too many Democrat-supporting Jews.

The Arab-Israeli war seems intractable, but it is not. It is, however, convenient for geopolitical players to have the conflict continue smouldering, with the occasional flare-up.

Just a thought; Weapons research which cannot be done in the US because of domestic politics can easily be done in Israel, so do we really have a neutron bomb? It’s a horrible thought.

It is now bright sunshine. Today we need to finish planning for Passover. For those in Jerusalem, closed down tight for the O visit, this Pesache has become a nightmare. All traffic has been banned from the ‘old city’ so preparations are totally disrupted.

This one I dread.