Our Israeli correspondent MC takes a look at the traditional Islamophilia of the British foreign service, and the relationship over the years between its love affair with all things Arab and various fashionable forms of socialism. 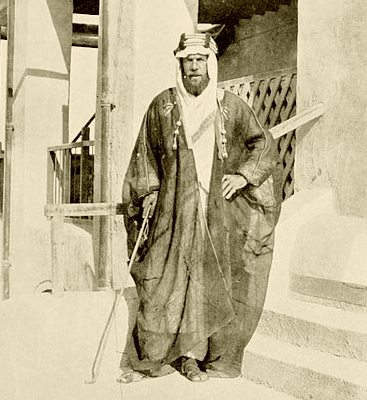 If you elect idiots, you get chaos
Elite Britain’s love affair with Islam

My aunt lived in El Beida, close to Benghazi in Libya. Her story was different: Islam was squalid, dirty and disgusting. She was horrified when her daughter’s playmate, aged nine, was married off to a ‘rich’ fifty-year-old.

Later, in my teens, when I started to read non-fiction and history, I came across more evidence of the second scenario than of the first, but the ‘El Khobar’ idea appears to have persisted in many minds.

This was brought home to me last time I was in Riyadh, when a European acquaintance brought up the idea of how alluring a female clad in an abayah (tent-like, black female attire mandatory in KSA) complete with face mask could be. Full of the ‘Eastern’ promise no doubt. In my personal viewpoint, she is a woman imprisoned by a male pervert-dominated culture. I prefer bikinis to burkas.

We had just been to the beach at Khobar, where the little boys were splashing in the sea as children do at any beach. Their sisters, however, were sitting on the sand, attired in their abayahs, watching.

Little girls cannot play active games in an abayah; they might expose parts of themselves that could stimulate good Muslim men to lust. So their little six-year-old bodies do not see the sun (in public) and they must sit demurely watching their brothers play in the sea and the sand.

Apart from the Foreign and Colonial Office, Britain had little love for Islam in the 1890s. The Afghan wars and Khartoum had brought graphic descriptions of what happened to soldiers and civilians who fell into the hands of Islam.

By contrast, in India, the FCO training ground, it was the Hindus who caused cause major grief to the British Raj and its servants, by virtue of the ‘caste’ system which made dealings with Indian nobility fraught with problems. The British had tried to eliminate the practice of suttee (the immolation of wives in the funeral pyre of their husbands). Wives could choose suttee, or as an alternative, to become the house slave of their in-laws. Most wives chose the former — it was probably more comfortable, and certainly quicker.

With typical clumsiness, the British administration made suttee illegal, but did not deal with the alternative. Thus a low-key religious conflict began which soured relationships and eventually lead to the Indian mutiny and the Gandhi-inspired ‘non-violence’ of the 1920s during which many thousands lost their lives. Through all of this the Indian Muslims remained infinitely easier to manage and administer than their Hindu compatriots.

We thus find that many FCO officers had a soft spot for Islam, with the next generation even converting to Islam; note this piece from Wikipedia concerning Jack Philby:

As he states in his autobiography, he “became something of a fanatic” and “the first Socialist to join the Indian Civil Service” in 1907, and was posted to Lahore in the Punjab in 1908. He acquired fluency in Urdu, Punjabi, Baluchi, Persian, and eventually Arabic languages. Philby married Dora Johnston, his first wife, in September 1910,[3] with his distant cousin Bernard Law Montgomery as best man. He also later married an Arab woman from Saudi Arabia. He had one son, Kim, later a British intelligence agent infamous as a double agent for the Soviet Union, and three daughters.[4]

In November 1921, Philby was named chief head of the Secret Service for the British Mandate of Palestine, or what is now the region of The Hashemite Kingdom of Jordan (formerly The Emirate of Transjordan) and Israel. He worked with T. E. Lawrence for a while, but did not share Lawrence’s views on the Hashemites. Here he met his American counterpart, Allen Dulles, who was stationed in Constantinople.

Philby was fairly typical of his era, and was virulently anti-Semitic. He worked against Jewish emigration into the Jewish Homeland, and was in contact with and the protecting power behind Haj Amin al Husseini (founder of El Fatah/PLO), eventually being dismissed from the FCO for sexual impropriety. Like his son, he was also a traitor, working on alliances between Saudi Arabia and the Nazis. Between the wars, there was little distinction between Communism and the Fascist Socialism of the likes of Philby; they were deemed one and the same thing, thus the co-operation between Stalin and the Nazis up to 1941 was not as unexpected then as it would be now.

By the time we get to Labour Party (socialist) FCO Secretary Ernest Bevin in 1945, we have a Colonial Office who have completely trashed the British Mandate and are encouraging Arab immigration into the Jewish areas of Palestine. The British actively supported the Arab cause in the 1948 War of Independence, providing manpower, intelligence and materiel to the invading Arab forces. We also find RAF aircraft from Egypt overflying Israeli territory, possibly supporting the Egyptian and/or Jordanian forces.

In the 1960s British socialism began to morph into a form of non-nationalistic fascism. The truth about Stalinism had caused a split in the Communist Party of Great Britain, and it swung to a more Trotskyist line. At the same time there was a greater acceptance of the once overtly fascist Muslim Brotherhood; Al Banna’s sympathies with Berlin and the Nazis are well documented. In the mid-fifties, at primary school, we had been taught what would now be deemed white supremacist history. By the time I attended University in the late sixties, enforced multiculturalism (non-nationalistic fascism) was in and patriotic nationalism was out.

Fascism and Stalinism are as different as 7up and Sprite; the main difference being the shape of the bottle. Both sought to use Islam for its own purposes. In 1968 that Enoch Powell’s unfortunate quote from Virgil (“and the Tiber foaming with much blood”) in his ‘Rivers of Blood’ speech during the debate on the Race Relations Bill in Parliament triggered a huge backlash in Britain.

Enoch Powell became the byword for ‘racism’ and discussions of ‘race’ became taboo.

There followed twenty years in which many of the immigration safeguards were loosened and a wave of mainly Muslim immigrants appeared in our cities. All immigrants received religious tolerance, but the Muslims wanted more: they wanted religious dominance, and were prepared to play the ‘racism’ card to get it, even though Islam is not a race indicator.

Unfortunately, there is a fashionable breed of pseudo-intellectualism that perceives culture as unimportant, and believes that barbaric and backward religions are far more interesting than the mundanity of Christianity. To them, Islam is exotic and thus attractively diverse. If one is culturally complacent, then there is no inherent threat in Islam; forcible conversion is not a spectre of horror. So the liberal left has adopted Islam and Muslims as one of its favourite ‘victim’ groups, failing to see any threat in the inherent violence of Islam as (lots of votes now too).

In the modern Judaeo-Christian culture, violence is focussed and is generally not tolerated outside of a specific need to defend the individual and the community, and then only with the minimum violence necessary. The Christian Godhead does not need to be defended; He can do that for Himself.

Muslims, on the other hand, are encouraged to violently defend both faith and God(s) at all times and in all circumstances where Allah and especially the Prophet are threatened. The definition of ‘threaten’ in these circumstances is broader than most Westerners understand, and may include any existential phenomena running contrary to current Islamic philosophy. Thus a Christmas tree is a threat to Islam because it is an icon of Christianity, and therefore somehow a temptation to good Muslims.

A 12-year-old girl seeking an education is a ‘threat’ to Islam, and must be violently eliminated.

The political classes in UK all appear to have a complete lack of cultural clarity, and as a consequence they are gullible. They look and think they see a religion of ‘peace’ when they are already victims in the Islamic ‘house of war’. They are already paying the first dues of dhimmitude, those of submission.

The alternative is that there is a covert higher order controlling the supposedly democratic UK government, one that wants to break the British culture and identity, and sees Islam as a useful tool to achieve this end. Who knows? Maybe the conspiracy theory is correct after all.

Either way, if you elect idiots, you get chaos.

21 thoughts on “If You Elect Idiots, You Get Chaos”