In the following essay, Our Israeli correspondent MC observes that the Left seems to have engaged in some cultural borrowing by taking up the time-honored Islamic practice of taqiyya. He notes, among other areas of overlap, the symbiosis of Socialism and the Islamic terrorists of “Palestine” — the darlings of the Left. 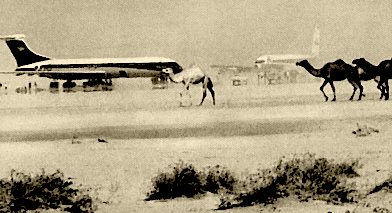 Taqiyya and the Father of Lies
by MC

The Bible tells us that Satan is the father of lies, and whilst there may be belief or disbelief about the credibility of the Bible, much of its wisdom is profound.

One of the things which has changed in my lifetime is the acceptability of lies in society. There was a time when to be caught out in a lie was to have one’s career terminated.

Not so now, and it appears that the Islamic practice of Taqiyya has been absorbed into mainstream Western life.

Taqiyya is the process whereby, in the House of War (as opposed to the House of Peace under shariah law), it is permissible to lie and deceive infidels for the glory of Allah. The effect of this is that we should believe absolutely nothing that any Muslims or Islamic organisation says in any circumstances within our ‘free’ countries.

The curious thing is that our ‘political’ classes appear to have adopted Taqiyya into their own armoury of tools of suppression. It is one of two Islamic doctrines which have made the jumped from Islam into Western political culture, especially that of the Left.

The other is the Islamic law of punishment of apostates and infidels with death. This, too, is in the process of jumping the gap. we are not yet at the stage of public execution of apostates and unbelievers, but committed Socialists appear to believe that dissidents suffer from a form of imprisonable insanity.

The Soviet Union was notorious for shutting up dissidents in ‘psychiatric’ hospitals. The Nazis, ever pragmatic, just tied them up with wire and hung them from meat hooks. More typically, however, the Left simply uses a form of ‘denial of service attack’, in which a victim is incessantly harangued in a most personal and abominable way until he retires from the fight.

The enemy to all lies is truth. The object of untruth is to obscure the weakness of one’s own arguments by emphasising the apparent lack of integrity in the enemy arguments, on the assumption that the majority of us will never do any research in order to learn truths for ourselves. Hence lies must be loud and oft-repeated. At the same time, truth must be suppressed, and truth-tellers squeezed into obscurity.

It is also at all times necessary to undermine the integrity of the truth-teller, so that we find our lives put under scrutiny: Enoch Powell told the truth, and his political career was ended along with all his wisdom of the ages.

The truth of the ‘New World Order’ so beloved of Socialists is also obfuscated by the methodology of conspiracy; to designate something as ‘conspiracy theory’ is to effectively take it out of play. If a subject exposes a weakness of leftist doctrine, then it may be designated ‘conspiracy’ and sidelined, so that to even the mention of it renders the author ‘loony’. For many years this was the with the ideas of Nazism being labelled ‘far right’ instead of a leftist institution. And so we have David Cameron still trying to boot out truth along with its perpetrator — he failed this time because people are beginning to see that there is truth behind what was once deemed ‘conspiracy’.

I would like to see this as a victory for the blogosphere. Sites which present truth are beginning to gather a respected reputation, and the enemy is swarming.

Truth is a devastating weapon, and the enemy of truth has to move heaven and earth to suppress it. He has to spend considerable time and effort in deflecting and circumventing hard facts. He has built for himself a fantasy world based on equality and social justice, an Eden in which to place his New Adam. The New Adam is trained in slavery from the hour of birth, from each Adam according to his ability, to each Adam according to our assessment of his needs, where the ‘our’ reflects the opinion of the slave masters.

The leftist fantasy is a web of Taqiyya. It is a snare to those who prefer to ignore the obvious and believe the delusion. There is a built-in desire in all of us to want a heaven on earth. Socialists believe they can do it, but some of us are more cynical. The majority of Socialists are gullible; they take the bait, unaware of the poison which lies embedded within, and they proceed to proselytise all and sundry with promises of a place in the sun, the proverbial ‘acre of land and a cow’.

In 1966 I flew from London to Singapore. I walked to the barrier with my parents, showed the tickets, walked out onto the tarmac and up the steps to the airplane. But it was In Singapore that I had my first experience of bombs. The Indonesians mounted a campaign of terror in the Singapore at the time, aimed at increasing racial tension. Behind this strategy was a Jihad aimed as a protest against the formation of Malaysia as a multiracial/multicultural community. We were not officially informed of this, but rather we were told to be very careful of the Malays (Moslem) as being hypersensitive.

Later that year, Singapore broke away from Malaysia, the demands of the ethnic Malays being incompatible with the relative racial harmony achieved in Singapore.

That this was all about Jihad was covered up, but not long after, in 1968, Leila Khaled and the Marxist PFLP struck, first of Palestinian terrorist attacker to use lethal hijacking as a publicity stunt.

In 1970 they hijacked two large airliners (plus a 747 that was too big for the airstrip) and took them to Dawson’s Field, an abandoned airstrip in Jordan, where all but the Jewish passengers were released.

Leila Khaled was captured when she tried to hijack an El Al jet, she was handed over to the British, who exchanged her for the passengers. The Singaporean bombers were hanged in 1968; I don’t think Singapore has had any more problems. Britain, on the other hand has had a continuous stream of them.

From that time on, hassle-free air travel became a thing of the past. The Palestinians have cost us dear, but somehow, it is to the Palestinian Authority that part of our Jizya is paid. In the days of Al Capone this used to be called a ‘protection racket’. Now it is called ‘International Aid’. Thus are the lies perpetuated.

Leila Khaled is now a popular speaker at Socialist gatherings in Europe, having done a tour of Sweden. She spoke at Södertörn University in 2011, and via video link to the ‘Socialist Workers’ in London in 2012.

The impact of Islam on our lives is enormous, but it is obscured by a huge web of deceit and lies. Every time you go to an airport or other public place, and are subjected to searches and the invasion of personal space, it is because the ‘Religion of Peace’ wants you dead, and by association, one must assume that Socialists also want you dead, or at least somewhere where you cannot attack them with the truth of their perfidy.

Socialism is the ‘Wizard of Oz’: little people behind a big curtain of obscurity and obfuscation, making a big noise, lots of smoke and fire, and lots of lies, building a nightmarish dream world, from which some never wake up.

The Boston bombs were, it appears, made up in pressure cookers, packed with explosives and shrapnel. Many of those who survived have lost legs, the spread of missiles being low down because the lid of the pressure cooker is the strongest part.

It was definitely ‘peaceful’ people who planted these vile objects, but whoever they are, I hope they are apprehended in a State that still has the death penalty.

But let us not ban pressure cookers, and make life harder for all, just because a few are psychopaths and need to be removed from society. The pressure cookers did not decide to kill anybody; a person prepared them and ignited the bombs inside. Let us deal with the subject, not the object.

Leila Khaled has put lives in jeopardy, but has been feted by the Left as a heroine for so doing. This is such a twisting of truth! But the melding of Fascism and Islam, and subsequently Socialism and Islam tells us much: it is power to bully which is central to all this.

So what is this Socialism that so impinges itself on our lives? It is, I believe, a religion of self-righteousness, a religion where we can consecrate ourselves, where we can put on a pious mantle of ‘godliness’ and proceed to bully people ‘for their own good’. Genesis chapter 3 tells us of the fall of mankind, where man assumes his own godhood, and with it the ability to define good and evil for himself.

Socialism is the ultimate result of what the author of Genesis describes. It is mankind adopting an arbitrary set of mores which it deems to be ‘good’ and then proceeding to inflict those ‘good’ mores on society. The outcome is to be a ‘new man’ with no culture and no nationality save that of slavery and servitude.

The Socialists will install themselves as the elite master race, the slave owners, because of their ‘intellectual’ superiority. They believe they know what is best for all of us.

In the Eden picture, Socialists are backing the serpent, yet the serpent is he who, using deceit, urges the man and the woman to poison themselves. Have you ever wondered why death and destruction always follow in the wake of Socialism?

11 thoughts on “Taqiyya and the Father of Lies”