Our Israeli correspondent MC returns with a meditation on the circumstances which allowed the Muslim sex slavery gangs in Britain to grow and flourish. 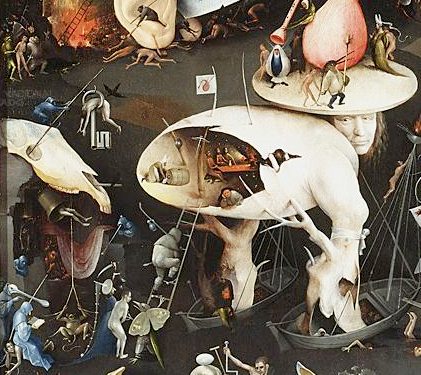 This is strong stuff, but did we forget it for a moment? How did those Muslim Rape gangs get past the defences that we should have ‘carefully taught’ our children?

Firstly, they took us by surprise — or did they? My son was taught in school at the age of ten that it was OK to have ‘sex’ as soon as he felt like it, I must assume that the girls were also told this, so here is the first rung in this ladder of destruction.

Secondly, there are, and always have been, vulnerable young girls (and boys), they have always been easy prey for sexual predators, but usually, sexual predators are uncommon and are quickly caught. Not so with Muslim sexual predators. They are common, and they are given carte blanche by police and social workers in order to keep ‘social cohesion’. This is the second rung in the ladder of destruction.

Thirdly, and continuing the theme from the second rung, Islam does not see anything wrong in the sexual predation of unbelievers. The Koran sees unbelievers as loot, slaves if you like, with no say in how they are treated by believers (Muslims). Captives are given a choice of converting to Islam, dying by beheading (males) or slavery (including sexual slavery) for women and children.

Fourthly, Islam has no concept of ‘age of consent’, so any infidel child is ‘fair game’ in Islamic eyes. Aisha was six when she attracted Mohammed’s attention, and as Ali Bakr’s daughter she had status. They were soon married, but the marriage was not consummated until she was nine. Mohammed is seen as the perfect man and young Muslims are taught to emulate him in all things. The fourth rung in the ladder of destruction.

In the West, we see children as ‘special’. On the whole, our society nurtures children and believes that they have an absolute right to be safe from exploitation, especially sexual exploitation. Islam believes that the females are the rapists, and that by flaunting their bodies they topple men from the nobility of the ‘Islamic warrior’. Any female, of any age, who is even innocently provocative, puts herself in a vulnerable position, so firstly she deserves exactly what she gets, and secondly, she has effectively raped the man (by being provocative) rather than vice versa. Children, especially female children, should therefore be kept locked away behind high walls. This is why the Muslim mother in the Oxford case blamed the young girls instead of her sons. This is rung five.

The Islam of the ‘five pillars of wisdom’ is incompatible with Western culture. Above are five rungs in a ladder of destruction which all too many Muslim men appear to have climbed, and this is just one of many ladders of incompatibility that exist.

Our children are never again going to be safe, because these are not the sex monsters that we normally have to deal with in under age rape cases. These are normal ‘moderate’ Muslims males, on the prowl as men do, only their rules are different from ours. And by the rules of the PC/MC game, their rules are as valid as our rules, aren’t they?

And herein lies the crunch: whose standards apply?

Western Judaeo-Christian standards which give the child a chance to experiment and grow up and learn self-control in a benevolent environment where other members of society are expected to exercise self-restraint?

Or a foreign set of rules where male self-control and self-restraint are derisive signs of weakness?

It seems that we’ve all got to be carefully re-taught!