Our Israeli correspondent MC contrasts “moderate” multiculturalism, the kind he experiences in Sderot, with the “extreme” version, which forces white Westerners to hold their own culture in contempt. 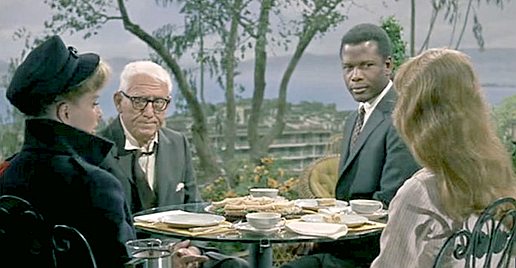 Cultural Contempt: All Things in Moderation
by MC

I quite like the odd tipple, but I am well aware that the current alcohol predilection of the nation is not healthy. I am also a religious fanatic, but my religion is verbal, not physical. Whilst I might regale you with words, I am not going to behead you if you refuse to listen.

I respect moderation, and I respect self-control.

In fact, my culture is built around moderation and self-control. I was taught at school and at home that these were desirable values, and that in all things I should do as I would be done by.

As I got older, I found that my values and culture of moderation was under attack.

Last week my wife and I had a visit from three German ladies who are currently visiting Sderot, we were able to converse in a wonderful mixture of schoolboy German, schoolgirl English and basic Hebrew, not one of us shared a fluency in any language other than our mother tongues, but we shared a common set of values. Judeo-Christian values of common decency.

We dined together on the simple foods that we could afford, we drank bottled water (the tap water is fluoridated) and we conversed. We discussed Torah, and we discussed Yehushua Ha’Meshiac.

Cultural contempt makes social barriers so high that normal interaction is impossible. For example: a cultural and educational tour company advertises China as a destination in both The Guardian (left) and The Telegraph (centre-right). The tours are the same but the dates are different, because the disparate groups of people are not compatible. One holds the culture of the other in absolute contempt.

I am a racist in that I like my own culture, and I am much more relaxed in a social situation with people of my own culture. This is racism in moderation, and gives offense to nobody who is not looking to be offended.

There is an Arab lady who collects food from our charity here in Sderot. She is certainly the wrong side of fifty. She greets the volunteers in Hebrew and smiles, positively beams friendliness to us all. She is a pleasure to serve, hijab and all. Most of our problems are Russian, those who bring their communist atheist upbringing through the door with them. They find it very difficult to understand the concept of a charity, and that our staff is of unpaid volunteers, many of whom are poorer than the clients they serve. One gentleman client even demanded that we employ a Russian speaker.

Zhoya, a volunteer from Kazakhstan, speaks Russian and is a great help when she is there, but our two Russian volunteers are now elderly and infirm and we very rarely see them. Zhoya is no spring chicken, but she is lovely to work with, and is absolutely reliable. David (from WV) speaks some Russian, as well as Hebrew, English, Dutch and French, and the Moroccan and Tunisian Israelis also speak French. The charity is American, and lunchtime is a cross section of U.S. society: West Virginia, Texas, two from California, Oregon, North Carolina and Kansas, plus my wife and I from (Old) Hampshire. Culturally we are all compatible even if we do have the odd problem with corned beef, bums and fags. But one also hears Russian, French and Hebrew at lunchtime, and it is not the language or the skin colour that is problematic.

The recent spate of black-on-white violence (and the endemic black-on-black violence) is probably the saddest reflection on US society today, and the mirror is positioned at the top pinnacle of political society where there is a ‘White African’ President who is causing cultural mayhem. Obama holds white middle-class culture (from which he himself descends) in contempt, and that contempt trickles down into the whole ‘Democrat’ culture.

So it is open season on white America, on white Sweden, on white France.

We in the West failed to recognise the spores of the cultural contempt fungus that settled in our universities and became embedded in our ‘caring, sharing’ societies. We did not perceive the cultural contempt that crept into our living space, courtesy of mainstream media moguls. And because we did not perceive, we could not defend until we too were infected. Now we are in collusion; now we too have contempt for our culture. We have been taught to see ourselves as oppressors and to punish ourselves, we have been taught that we are ‘racist’ and that ‘racism’ is something very, very bad.

Racism in moderation is very good for us. “Hey Morrie, heard you had a fire at the warehouse.” “Shhhhh; that’s next week!” (you have my permission to laugh ).

Moderate ‘racism’ allows me to relax with my own kind, it allows me to socialise within my own culture and not to have to worry about political correctness. It allows me to be me so I don’t have to guess who’s coming to dinner. Cultural contempt corrodes my identity and my culture, it sets off in me an inferiority complex that makes ‘dinner’ a traumatic occasion and I begin to hate that experience and all that it entails.

The US culture is probably the greatest and the most free culture that has ever existed on the planet. I would be proud to be American. Many Americans died so that I could be free from the insidious cultural contempt that invading Nazis would have doled out to my parents if they (the Nazis) had come across the Channel, which would have been the inevitable result had the USA remained neutral.

21 thoughts on “Cultural Contempt: All Things in Moderation”