Our Indian correspondent The Kafir returns with a look at the constant endemic (and increasing) violence by Muslims against non-Muslims. Within Western societies the violence is generally low-level, but as the Muslim population grows, it becomes more and more overt and extreme. 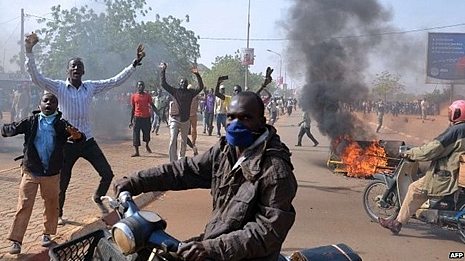 The Power of Low Level, Random, But Unceasing Muslim-on-Kafir Violence

This passage from the book Man’s Search for Meaning by Viktor Frankl struck me (from page 50 of the book):

Each man was caught in a mental turmoil which threatened all the values he held and threw them into doubt. Under the influence of a world which no longer recognized the value of human life and human dignity, which had robbed man of his will and had made him an object to be exterminated (having planned, however, to make full use of him first — the last ounce of his physical resources) under this influence the personal ego finally suffered a loss of values. If the man in the concentration camp did not struggle against this in a last effort to save his self-respect, he lost the feeling of being an individual, a being with a mind, with inner freedom and personal value. He thought of himself then as only a part of an enormous mass of people; his existence descended to the level of animal life. The men were herded — sometimes to one place then to another; sometimes driven together, then apart — like a flock of sheep without a thought or a will of their own. A small but dangerous pack watched them from all sides, well versed in methods of torture and sadism. They drove the herd incessantly backwards and forwards, with shouts, kicks and blows. And we, the sheep, thought of two things only-how to evade the bad dogs and how to get a little food.

Just like sheep that crowd timidly into the corner of a herd, each of us tried to get into the middle of our formations. That gave one a better chance of avoiding the blows of the guards who were marching on either side and to the front and rear of our column. The central position had the added advantage of affording protection against the bitter winds. It was, therefore, in an attempt to save one’s own skin that one literally tried to submerge into the crowd…

It is very difficult for an outsider to grasp how very little value was placed on human life in camp.

Surely those who disbelieve — from among the People of the Book and from among the polytheists — will be in the fire of Hell a seed of which unbelief bears, abiding therein. They are the worst of creatures.

(O Community of Muhammad!) You are the best community ever brought forth for humankind, enjoining and promoting what is right and good, and forbidding and trying to prevent evil, and you believe in God. If only the People of the Book believed , this would be sheer good for them. Among them there are believers, but most of them are transgressors.

God has bought from the believers their selves and wealth because Paradise is for them. They fight in God’s cause, and they kill or are killed. This is a promise with which God has bound Himself in the Torah and in the Gospel and in the Qur’ān. Who could be more faithful to his covenant than God? So, glad tidings to you because of the bargain you have made with Him! That, indeed, is the supreme triumph.

So the god of the Quran makes a few things clear:

The kafirs living next to Muslims in a city are actually living the life lived by inmates of Nazi concentration camps.

The fact is that Muslims are openly being raised to believe that kafir lives do not matter. They can be killed just like animals. Whenever they do not behave.

Where kafirs still hold political power and therefore control police, Muslims keep the violence to a level that doesn’t attract attention of police — vandalizing kafir homes, blocking their driveways, blocking roads, sex-grooming their eleven-year-old daughters, shoplifting, crowding into kafir shops next to no-go zones. The violence against kafirs is low-level, but random and relentless. Randomness of violence breaks kafirs mentally, and its relentlessness makes sure they are never able to take stock and unite and respond.

Like camp inmates, kafirs also learn that safety is in the middle of crowd, so they sell the homes next to no-go zones cheaply, and move deep into kafir areas. This, of course, exposes the next block of kafir homes to low level, random, but unceasing violence.

Like camp inmates, they become like sheep. Kafirs are herded like sheep at the airports, they move like sheep through various security drills; just so that those who are trying to kill them do not feel that they (prospective killers) are being profiled because of their “religion”.

Just as the camp inmates were made to do whatever work they could before they were killed, so are the kafirs being allowed to live so that they can fund those welfare benefits. In fact, dhimmis in Muslim societies are allowed to live exactly for this purpose: so that they can pay jizyah and thus fund the Muslim State. And they are killed if they are not able to pay jizyah any longer.

In the same book, Frankl reveals that actual day to day controlling of prisoners was done by persons chosen from among the prisoners themselves. Prisoners used to call these “supervisors” Capos.

These Capos more often than not were even more cruel than German guards, mistreated prisoners severely, beat them up, and even killed them.

And this is the last connection. The members of the kafir ruling elite are Capos. Controlling kafirs on behalf of Muslims.

The men who created the greatest country on the earth, the United States, staked their wealth, their life, and their honour just so that they could live as freeborn human beings.

Present-day kafir rulers are staking the eleven-year-old daughters of the poorest kafirs so that they may rule kafirs for a few decades more, before Muslims move in to take full control.

In summary, the world is just one big Auschwitz camp. Muslims are the SS guards. Kafir ruling elites are the Capos. And kafirs are the prisoners, waiting to die. Funding the welfare state off which Muslims live, so long as kafirs stay alive, or are allowed to stay alive.

36 thoughts on “The Power of Low-Level, Random, But Unceasing Muslim-on-Kafir Violence”