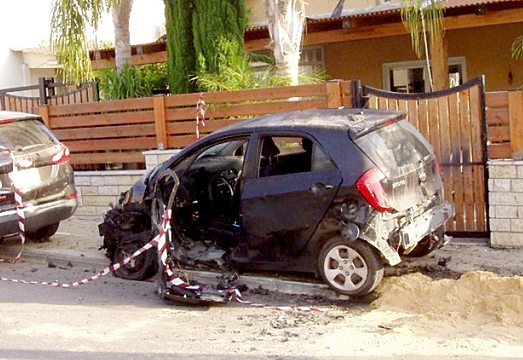 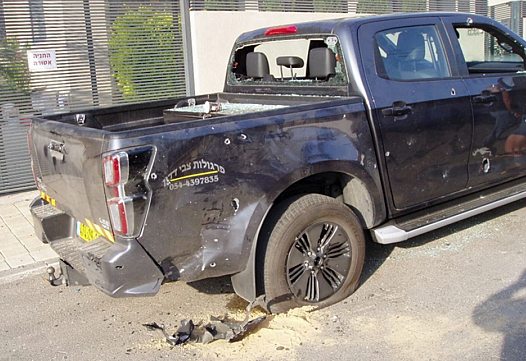 Sderot: The two photos above show damage caused by Palestinian missiles on May 19, 2021.

Quiet so far. I have to go to Ashdod today. Like the Baron I have eye trouble, but mine is glaucoma, and the consultant has to decide how to treat it.

Last night’s missile attack was the closest yet. I walked down there this morning and took some photos, old-fashioned Olympus in hand…

There were about three (maybe more) missiles, and some Iron Dome intercepts, but from what I can make out, two landed.

The nearest hit the road about a yard away from a parked car. Two ambulances took away local people. I assume they were suffering from shock; it was all very loud.

The electricity went out, but dinner was on the gas stove, so that was OK, and we were only about two hours without power.

In the photos you can see the scarring in the road and the shrapnel damage to the cars around.

I would emphasise that this is a residential area of a small city (a small town by UK standards), and that Hamas is so beloved of Sleepy Joe and his Democrat friends. The House voted to continue to allow unrestricted financial support for Hamas by third parties (Sweden, Norway the EU and Qatar).

So you see pictures here of an acceptable war crime. It is acceptable to the Left because they are the ‘Fourth Reich’ and the immolation of Jews, any Jews, is acceptable. Joe is no Adolf; he is more like a Goering, a cruel bumptious useful idiot.

Tyranny is as tyranny does, so we have censorship, we have travel restriction via a reisepass: 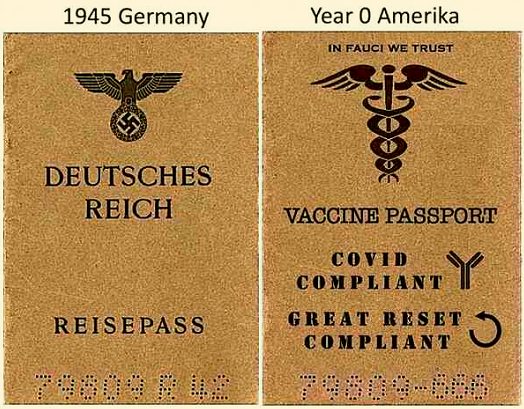 We have political prisoners from 6th January, political murders, sanctioned shooting of dissenters (Jan 6th), crippling tax hikes and ‘Strength through Joy’ for the chosen few.

I wonder what today will be like. We have roads closed all around. Getting to the hospital may be difficult, because Ashdod is under fire, too.