An unidentified email glitch prevented MC’s Day Three report from coming in early enough to be posted yesterday, so I’ve combined Days Three and Four into a single post. 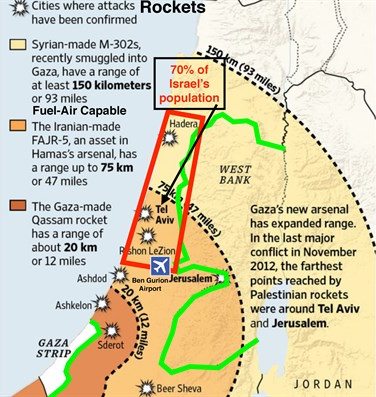 So the superiority of Iron Dome is now moot, and once more innocent civilians in Sderot, including young children, are dying. New names will have to be added to the memorial in the centre of town.

When one bombs civilians, it is indiscriminate. It is, for example, difficult to justify the bombing of Dresden, Hamburg and Tokyo, but in the end responsibility lies with him who started the aggression. Was there a need for Germany to invade Poland, or for Japan to attack Pearl Harbour?

The people of Gaza chose to be represented by Hamas in free and fair elections, knowing that Hamas was/is a terrorist organization and would attack Israel no matter what.

Israel on the whole is benevolent towards Gaza. We GIVE them money, electricity, food and water, and this they accept without acknowledgement; in fact they repay it with harsh words and actions, in line with the Muslim belief of absolute entitlement.

Let me emphasise again: Gaza is not ‘occupied’ and there is no Jewish presence in Gaza, but like their Nazi forebears, they want the their ‘Sudetenland’ and their ‘Danzig’. 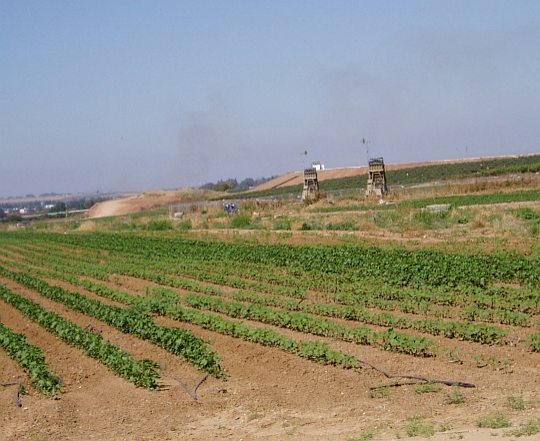 Worse, many nations, and particularly those who accommodated the Nazis in the 1930s, encourage Hamas, and show their contempt for the Jewish State of Israel by calling for ‘restraint’ and ‘proportionate response’. These are diplomatic weasel words that can be defined by the utterer any way that they want.

The actions of Israel are studied under the microscope of world public opinion, where Hamas gets a clear slate. One need only to look at the Goldstone Report:

The United Nations Fact Finding Mission on the Gaza Conflict, also known as the Goldstone Report, was a team established in April 2009 pursuant to Resolution A/HRC/RES/S-9/1 of the United Nations Human Rights Council (UNHRC) of 12 January 2009, following the Gaza War as an independent international fact-finding mission “to investigate all violations of international human rights law and international humanitarian law by the occupying Power, Israel, against the Palestinian people throughout the Occupied Palestinian Territory, particularly in the occupied Gaza Strip, due to the current aggression”. South African jurist Richard Goldstone was appointed to head the mission. The other co-authors of the Report were Hina Jilani, Christine Chinkin and Desmond Travers.

Israel refused to cooperate with the investigation, claiming anti-Israel bias in the UNHRC.

One can look at just the first paragraph above and see the problems. This was ‘fact finding’, but only relevant to Israeli actions and in ‘occupied’ Gaza. Bias and misinformation which Goldstone should have scotched immediately, but of course ‘he who pays the piper’ applies, and Goldstone later walked back his claims.

The NYT loves to portray Hamas as appearing to respond to Israeli aggression because the fits with the woke idea of the ‘poor Palestinians’ and the nasty jooz. We have been seeing a lot of this anti-Semitism by proxy in the last decade. It is fashionable in leftist circles to only look at the history of the conflict from 1968 onwards. But the history goes back into the Ottoman ‘occupation’ and before.

The current riots in Jerusalem are about non-payment of rent by Arabs living in properties bought by Jews in Ottoman times circa 1880 when Jerusalem became a majority Jewish city. These properties were allegedly ‘given’ to Arab families by the Jordanians when they illegally occupied Jerusalem in the 1948 war of independence, whilst there are legal records of the Ottoman transactions, there are no records of the alleged Jordanian transactions except hearsay. So we are dealing with a difficulty with Sharia law on war booty vs Ottoman, British Mandate and Israeli property law, which by and large are the same thing, adopted and inherited one from another.

Hamas will always uphold Shariah law before any other, hence the excuse for conflict. But the bigger picture is the failed elections in Judea and Samaria (West Bank), which Hamas would have won. Hamas needs to show the world that it still has a hairy chest…

It cannot politically (it would lose its funding) fight the Palestinian Authority tyranny, so bombing Israel is the next best thing. Hamas relies on world opinion being anti-Israel, and knows it can get away with egregious actions as long as the victims are Jewish.

So I sit here writing. Outside are the various explosions from us and from them. It is a continuous concert of percussion.

This morning there was something new.

In my days in the Royal Navy, I was Officer of the Watch on HMS Hampshire, I had an Admiral on the lower bridge and the Principle Warfare Officer on the upper bridge with me.

We were passing the HMS Fraser gunnery school about six miles out, when we heard the bangs and whistles of shells passing overhead. I checked with the PWO, he said it was normal. The Admiral however did not see it the same way, and sent a signal to HMS Fraser: “Why are you shooting at me?”

The next day, when I was Officer on Deck alongside in Plymouth, an embarrassed Lieutenant Commander came on board in full dress uniform (sword and medals) to present his “Reasons in Writing”.

This morning the Sever Adom went off and the sound I heard was that of shells whistling overhead and exploding. This is new….

I suspect that this is not going to get better. Much depends on how many missiles Hamas has. If they are landing one in ten, then it is a problem. And as the Day One commenter points out, Iron Dome missiles are very expensive.

Yesterday we lost another child of Sderot, one more name to add to the memorial. 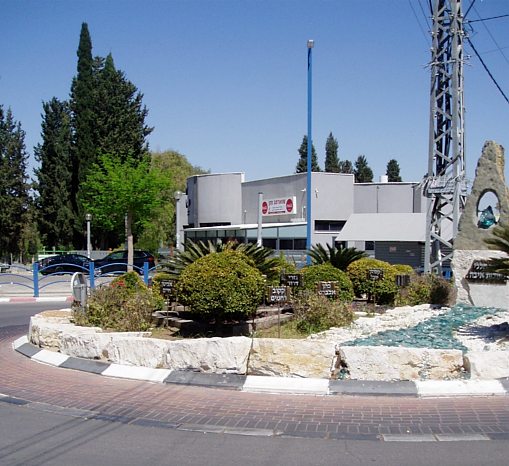 As yet Hamas has not landed a missile in the ‘sacred bubble’, so I don’t think there will be an invasion yet, but watch this space.

Apparently all the newsmen are embedded safely in Gaza city, a safe place, knowing that Israel is not going to shoot at civilian targets. Of course that also means that Hamas will edit any content they send out. Not that that matters to the modern MSM, who seem to think that censorship validates rather than negates their lies and distortions.

I always wonder at the contempt in which the MSM must hold their customers when they publish trash pretending it is truth. For somehow the truth always leaks out, and custom drains away, until all that is left are the fanatics.

It is quieter today — probably not a good sign; we are waiting to see what will happen.

Apparently the IDF hoaxed Hamas terrorists into their terror tunnels, and then collapsed the tunnels with 80 tons of bombs — the results are not yet clear.

On Thursday night, the IDF brought in 160 aircraft and dropped 450 bombs containing over 80 tons of explosives, hitting 150 terror targets in 35 minutes. Hamas’ underground city was hit with enormous force, and the IDF collapsed the terror tunnel system, on the heads of the terrorists hiding in the tunnels.

During the attack, many kilometres of terror tunnels were destroyed. As of now, neither Israel nor Hamas is clear on the exact scope of the damage, but according to estimates, a large number of terrorists were buried in the sands beneath Gaza.

Of course, if this has been as successful as estimated, now is the time to put the ground forces in and resolve the problem once and for all — another Nazi army defeated.