Our Israeli correspondent MC reports from his home in Sderot on a near miss by a Palestinian missile. (Previously: Day 1, Day 2, Days 3 and 4, Day 5, Day 6, Day 7.) 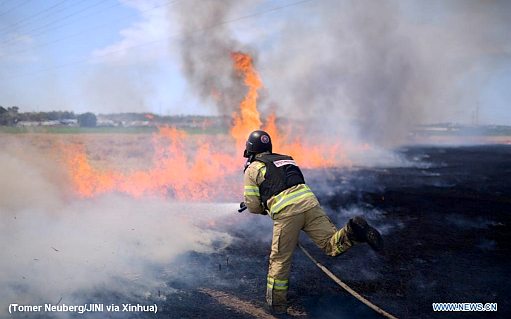 Sderot: An Israeli fireman attempts to extinguish a fire caused by Palestinian rockets, May 2021

A missile hit about 50 yards down the road from us. We are all OK, but a bit shaken up.

The electricity is out, but I have the router on a UPS.

There was a volley of three; all exploded within 150 yards. Today we have had about four volleys go over. This was the only one that came close.

I hope to get some photos later.

Sending this before the batteries fail.