In his latest essay, our Israeli correspondent MC wades into the deepest swamps of the Culture Wars.

Perhaps my love of America and all things American has its roots in the regular supply of US comics sent to my brother and me by various relatives in the ’50s and ’60s, and amongst which was the occasional edition of MAD magazine.

Much of MAD was over my young head, but Spy vs Spy was always amusing and sticks in my mind, especially their pointed snouts clamped together when investigating a box (trap) from opposite sides.

However, Religion vs (political) Religion is not so amusing, nor is it confined to ink and paper, for the successful side of Western culture is defined by its (Christian) religion, and its demise is defined by the political religions which seek to destroy Christianity and all that goes with it.

The Christian revolution (I am not a Christian but I believe in the Bible) occurred when the Bible was translated into local languages and printed for all to read, and the Church was dragged out of its roots of feudalism (slavery) into what became democracy and even republicanism.

An important part of this process was the separation of Church and State; the Church having been responsible for many abuses that had held the communities of Europe in thrall for over a thousand years.

The feudal system over which the Church held suzerainty was a typical product of tyranny: a small elite, the aristocracy, owning most of the people as serfs, to do with as they please, and a tiny middle class of tradesmen to manufacture those things consumed by their betters. This was just a slight variation on the ‘warlord’ culture that has run most of the world from time immemorial and to this day in some places.

In the UK the feudal system was broken first by the Black Death, which killed off some 30% of the workforce. The subsequent competition for labour destroyed the idea of ‘ownership’ of people. Secondly, and as a consequence of this pandemic, a growing equality of opportunity was provided by increasing access to quality education. Ex-slaves and serfs used their newfound freedom to better themselves.

Under the feudal system, the church provided education and the higher-IQ peasant children were syphoned off into the cloisters. To a great extent this provided the stability required as potential peasant leaders were ‘kidnapped’ into religion (Janissaries, anybody?). Heresy invited a death penalty and life was cheap. In feudal times the Church was very much a political religion, and the Pope reigned over all the monarchs of Europe.

All this emerging freedom from under the tyranny of political religion, however, took hundreds of years to get to the idea of individual liberty. The cultural and economic impacts were minimised by being spread over such a genteel timescale. My paternal grandfather was a boy coalminer at age 12, but his sons went to grammar schools, receiving a quality education, and his youngest son even got a bachelor’s degree in engineering.

But do not think that the ‘elites’ did not fight back. Their main ploy was to create another politicized version of the feudal system that the church had failed to sustain. This took the form of ‘socialism’ where the elite claimed to be working in the best interests of the ‘working class’ by controlling all aspects of their lives. This was yet another political religion, of which we have now seen quite a few forms. Each causes its own mayhem, because there is no separation between political religion and state, and thus there is nothing to stop the killing when it inevitably starts.

Islam has been the most persistent of the political religions, emerging from the Arabian desert. With its roots in Ba’al worship (the Kaaba stone comes from Moab, the centre of Ba’al worship), this warlord culture swept through the Middle East and overflowed into Europe.

Europe held — just — until, wracked and weakened by wars induced by socialisms (political religions) it failed to recognize the tyranny behind a mere ‘religion’ and succumbed.

This failure to recognise the threat of a ‘religion’ happened because adherents of socialism assumed that supposed non-political religions were the opiate of the people, rather than their stimulant, and that in Islam they were dealing with benign religious sheeple and not a violent political entity.

Socialism, and in particular Communism, is a political religion that crept into acceptability in a Christian culture that had lost its roots. The ‘war to end all wars’ was the last fling of the old feudalism. Bismarck’s socialism had increased the cost of German output. To Bethmann-Hollweg, the German Chancellor after Bismarck, Russia’s emerging economy was very alarming. Russia could produce goods cheaper than Germany could (while Germany was rapidly outstripping England industrially, for different, but related, reasons).

The horror of a war where young men were forced to walk into concentrated machine gun and artillery fire was unacceptable. Instead of blaming elitist generals and politicians, many blamed ‘God’ and joined leftist, mainly atheist, parties (dominated by those same elites).

Thus weakened countries began to absorb socialist (religious) values. Particularly damaging in the context of this essay was the idea of absolute equality.

The problem is that ‘equality’ is a utopian idea which has no in vivo reality. Put simply, it is a massive square peg trying to hammer its way into a non-existent and supposedly round hole. Nature (Creation) is not fair, and it is in no way equal.

The path to tyranny is paved with the best of intentions. The new man was meant to have a better life, but to create the new man, many had to die. For the Nazis it was the Untermenschen, for the Bolsheviks it was the bourgeoisie, and for the Muslims it was the infidel. I am all of those!

So to the present Islamic political religion, which although based upon some Judeo-Christian concepts, perverted them into the traditional pagan ‘warlord culture’ shape. This culture almost died, but then Henry Ford built the model T, and the West fell in love. Islam controlled the world’s oil supply, and the world wanted wheels; for (Islamic) petrol-powered model-T liberty.

With petrodollars sloshing around by the tankful, Islam could once more bring jihad into our lives.

Petrodollars also proved to be the key to elitist hearts, minds and pockets, and thus Islam was invited to join the accepted monotheistic religious club. But socialism regards ‘religion’ as a tool, just another “opiate of the people”, so it identified Islam as a way of dividing and thus ruling, while also recognising a commonality with Islam’s feudal roots.

In the belief that Islam was just another ‘opiate’ it was imported and inflicted on the population, with dire threats of ‘racism’ and hate crime prosecutions for objectors.

But Islam, whilst pretending to be an acceptable ‘monotheistic’ religion, is actually a political religion, well-financed and with a powerful but violent message, a message to which elitist socialism turns a blind eye: anti-Semitism, misogyny, disdaining mass education but promoting brainwashing, and importantly, with a proven ability to destroy and engulf Christianity.

In the modern day, alone out of all major religions, Bible-based Christianity brought out the best in mankind. Christianity does not reduce man to a one-kind-fits-all ‘equality’ model. Properly done, it promotes free will and the associated individual accountability, the idea that even if we are not held accountable for our actions, good or bad, on this earth, then we will be judged in the afterlife and punished or rewarded appropriately.

Mainstream Christianity did not survive the elitist-driven world wars of the 20th century. People needed to blame somebody or something for the hurt, the extreme hurt of the survivors and of the bereaved. Both had been severely damage by a great deception, and it was just easier to blame something abstract, like God. Thus mainstream Christianity morphed into a social gospel to try and mitigate the physical woes of its children rather than their spiritual PTSD, which everybody ignored.

The idea of a ‘new man’ is very attractive, and the modern Democrat party elite has picked up on it. If elected, they, too, can hope to change Mr. Babbitt (of Sinclair Lewis fame) into a new ‘Mr America’ very similar in nature to the ‘new men’ of Hitler and Stalin.

Unfortunately, too many real Americans prefer MAGA hats to pussy hats, let alone the Phrygian cap so beloved of new men and their revolutions.

The ‘New Man’ is, unfortunately, a very old concept. He is the slave, the peasant, the serf and the peon of the elites and their political religions. When Ms. Pelosi tears up a Document of State, she is telling America that, as far as she is concerned, democracy is dead, and that to wear a MAGA hat is to be destined for the new gulag.

The freedom to wear a MAGA hat is very fragile. If the recent impeachment (coup d’état) had worked, (which it nearly did thanks to Romney and his fellow RINOs), that freedom would have no longer been protected. Conformity to the wishes of the Os, the HRCs and the Nancy boys (and girls) would have become compulsory.

To me, ALL religion has to be questioned. It is a prime principle in the Jewish and Christian scripture to use our God-given free will to test everything, to be a Berean as such.

But as with MAGA hats, the freedom to be oneself is both unique, and dying, being crushed to death by political religions. There is truth, i.e. what was created (by whom or what you are free to surmise), and there is religion, which is man’s opinion of what actually happened. The truth is obscure, but man’s opinions are abundant. They only become problematic when religionists turn to the sword. Islam, Communism and Nazism all turned to the sword in their time and started murdering those who did not agree with them or were considered apostate in some way. We in this modern world need to ask if ‘Alabamicide’ is significant as well.

What is Alabamicide? It is the trail of corpses that seem to be connected to a family of prominent Democratic politicians, for whom the laws of the land just do not seem to apply any more.

It is this that is at the heart of the problem: political religions do not believe in one law for all. They believe that there are the rulers who are above the law, and that the party members (the useful idiots) are there to do the wet work, to whom only party law applies as defined by said rulers. The hoi-polloi, who have to do what their masters/owners say (and turn a blind eye to what they actually do), have only those rights as dictated by the current whim of their betters.

There are three types of people in this world: wolves, sheep and shepherds. Wolves exploit the sheep, but the shepherds defend them.

The Law for the Wolves

Wash daily from nose tip to tail tip; drink deeply, but never too deep;
And remember the night is for hunting and forget not the day is for sleep.

The jackal may follow the tiger, but, cub, when thy whiskers are grown,
Remember the wolf is a hunter — go forth and get food of thy own.

Keep peace with the lords of the jungle, the tiger, the panther, the bear;
And trouble not Hathi the Silent, and mock not the boar in his lair.

When pack meets with pack in the jungle, and neither will go from the trail,
Lie down till the leaders have spoken; it may be fair words shall prevail.

When ye fight with a wolf of the pack ye must fight him alone and afar,
Lest others take part in the quarrel and the pack is diminished by war. 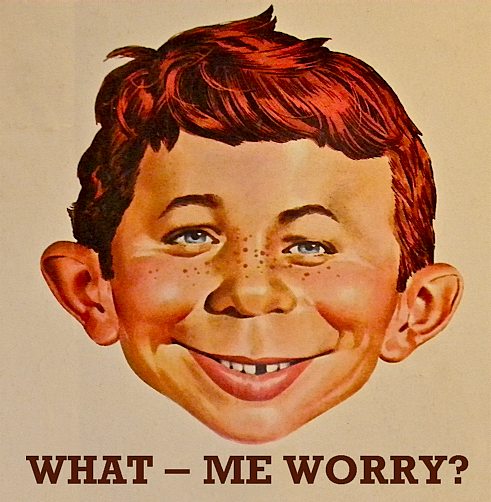 30 thoughts on “Religion vs Religion”