The essay below is the second in a series by our English correspondent Seneca III. Previously: Part 1. 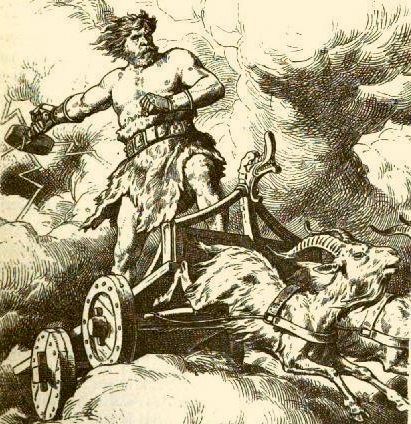 “The centre of the Vikings’ cosmos was the ash tree Yggdrasil, growing out of the Well of Urd. Yggdrasil holds the Nine Worlds, home of gods, man and all spiritual beings. The gods live in Asgard and Vanaheim and humans inhabit Midgard. Giants live in Jotunheim, elves in Alfheim and dwarves in Svartalfheim. Another is the primordial world of ice, Niflheim, while Muspelheim is the world of fire. The last world comprises Hel, the land of the dead, ruled by the goddess Hel.” —From “An Overview of the Culture and History of the Viking Age” 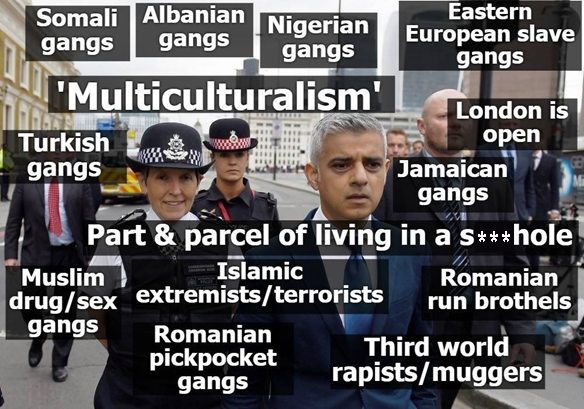 In Norse mythology, Ragnarök is a series of events, including a great battle, foretold to lead to the death of a number of great figures (including the gods Odin, Thor, Týr, Freyr, Heimdallr, and Loki), natural disasters and the submersion of the world in water. After these events, the world will resurface anew and fertile, the surviving and returning gods will meet and the world will be repopulated by two human survivors.

In those peoples that are called ‘primitive’, but which most often represent only the degenerate and ensavaged remains of more ancient races and civilizations, the phenomenon of the ‘Männerbunden’ has often attracted the attention of observers.

In such peoples, the individual, to be considered as a merely natural being, is up to a certain age left to the family and especially to maternal care, under the feminine-maternal sign, beneath which these societies locate everything which has bearing for the material, physical side of existence. But at a given moment a change of state occurs. Special rites, which are called ‘rites of passage’ and which are often accompanied by a preliminary period of isolation and hard trials, bring about, according to a schema of ‘death and rebirth’, a new being, which alone can be considered a true man. Indeed, before this, the member of the group, no matter his age, is held to be a member of the women and children, indeed even of the animals. Once he has undergone his transformation, the individual is therefore united to the so-called ‘Männerbunden’. This society, having an initiatic (sacral) and warrior character, has the power of a group. Its right is to be differentiated in terms of its responsibility and its functions. It has the power of command. It has a structure similar to that of an ‘Order’.

With the epoch of the revolutions, there began a mighty assault against whatever could conserve the semblance of a ‘Mannerbünden’, proceeding so far as a complete inversion of values and ideals.

While in the last century [19th century] there was a tendency to derive the State from the institution of the family, a more modern current has rightly located the origin of sovereignty precisely in the phenomenon of a ‘Männerbunden’. The scheme which is now indicated effectively contains the fundamental elements which appropriately define every order, and specifically every political order, and which do so with a clarity that one would seek for in vain amidst the crumbling and degraded theories of our days on the origin of sovereignty. In that schema we encounter above all the idea of a virility in an eminent and spiritual sense, the quality of man as vir (as the Romans would say) and not as simple homo. To this is tied, as has been seen, a ‘break in level’, or a change in state; in its simplest expression, it is the detachment from the sensible, vegetative, physical state. Then there is the idea of a specific unity, much different from any other of ‘naturalistic’ character (as the family, the simple ‘people’, etc.). Finally, there is the idea of power as something connected essentially with this higher plane, so that originally it was recognized as possessing the character of a force from on high, of a ‘sacred power’ (auctoritas and with it imperium in the ancient Roman idea).

Therefore, we can with good right regard all of these matters as ‘constants’, that is, basic ideas which, in very different applications, formulations and derivations, appear recurrently in every major political organization of the past. On account of the processes of deconsecration, of rationalization and of materialization, which have grown ever more accentuated in the course of the times, these original meanings were forced to conceal themselves and to recede. But this remains ever unchanged: where these meanings have been totally obliterated, so that they no longer exist even in a transposed and debilitated form, without any longer even a background of initiatic or sacral character, there no longer exists a true State; every concept has been lost which, in an eminent and traditional sense, makes political reality, in its specific dignity and difference with respect to all the other spheres of existence and, in particular, with respect to all that which has an exclusively economic or ‘social’ character.

With the epoch of the revolutions, there began, in Europe, a mighty assault against whatever could conserve the semblance of a ‘Männerbunden’, which is to say, an assault against the very political principle itself, against the principle of every true sovereignty, proceeding so far as a complete inversion of values and ideals. Indeed, in one form or another the societarian ideologies have reigned for some time now — ideologies which represent simply the anti-State, and also a kind of protest against the virile principle on behalf of all that which, for its connection to the simply physical life of a society, and according to the aforementioned view of the origins, has an analogously ‘feminine’ and promiscuous character. While for the ‘Männerbunden’ honour, battle and dominion are values, for the simple ‘society’, on the other hand, peace, the economy, material well-being, the naturalistic life of the instincts and of the sentiments, and petty security are values: and, at their limit, hedonism and eudaimonism, as against heroism, rank and aristocracy…

In my youth, joining the brotherhood of the military was a rite of passage, an entry into Männerbunden. Now, ‘military’, in the full meaning of that word, is slowly being hollowed out by the enforced entry and the affirmative-actioned fast-track promotion of women, racial minorities — particularly Muslims despite their being acolytes of a belief system dedicated to the subjugation or extermination of Judeo-Christians — and every possible sexual, ideological and moral deviant imaginable, most of them being unsuited for the purpose to which they are assigned, the defence of the realm. In the West our Nation States are in dire jeopardy.

To conclude Part II, I would point out that we hear much these days about ‘barbarians at the gate, yet I wonder if the roles are reversed now, and many are not nearly as civil or civilized as they would like to think. Perhaps the degenerates who ‘rule’ us are not the barbarians at the gate but rather the rotting corpse of a decayed civilization and who have too long been behind the gates and have become the entrenched establishment, not its enemy. Perhaps we few who refuse to enter that antithetic moral and cultural morgue are now the barbarians, a determined cohort imbued with a newly resurgent vigour and determination, the “Barbarian Popes and Imperial Pretenders”[1] that followed, indeed initiated, the fall and restoration of Imperial Rome.

In the ‘Nicomachean Ethics’, Aristotle proposed that humans are social, rational animals that seek to “live well.” He proposed a system of ethics designed to help us reach ‘eudaimonia’, a word that means living well or flourishing, which is reached by living virtuously and building up your character traits until you don’t even have to think about your choices before making the right one. Such a person will be happy, but not in the same way as a hedonistic person. They will strive for self-improvement and will live their lives to the fullest. They will be the kind of person that others want to be like. Above all else, they will flourish.

Complementary to this state of mind is ‘eufemia’, meaning “well-spoken”, “to speak well” or “to use words of good omen”, something sadly lacking in many parts of our culture today, particularly if one is (foolishly) attempting to indulge in rational discourse with the disciples of St. Greta of Poobucket, the manic, hormonally self-castrated harridans of the feminist conclave or the weird denizens of the LGBTXXX zoo. And when it comes to attempting the same with the self-entitled racist BAME collective and the murderous ‘Slaves of Allah’, don’t even try; it’s like travelling back in time to the Mesolithic era.

“The last world comprises Hel, the land of the dead, ruled by the goddess Hel.” I would moot that the following bullet points illustrate that the modern Hel is the globalist world, and it has given us — this:

Let us be done with it.

“There comes a time when a man must spit on his hands, hoist the black flag and begin slitting throats.” — H.L. Mencken

— Seneca III, now locked down in a wintry Middle England at the end of a troubling decade in this the year of our Lord 2020.

8 thoughts on “So Here There Be Dragons! (Part II)”