Note: This essay was originally posted on December 31, and was a “sticky” feature two days. Scroll down for more recent posts, including Rembrandt Clancy’s translation of Udo Ulfkotte’s speech at a PEGIDA rally, a one-year retrospective on the Cedar Avenue explosion, a translated press release from Riposte Laique and Resistance Republicaine, “Voices from Across the Sound”, and last night’s news feed.

Takuan Seiyo returns to peer gloomily past Hogmanay to see what lies in store for the tattered remnants of Western Civilization in 2015. 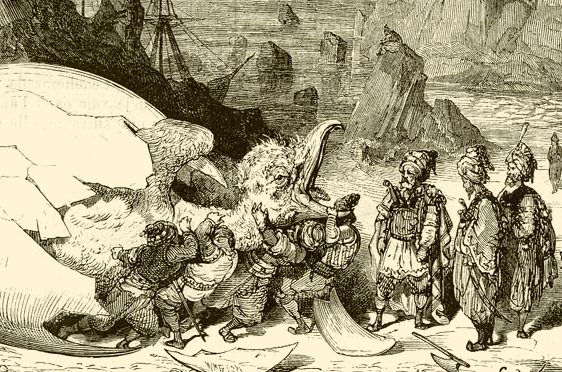 Happy New Year, and stick a fork in that bird

Having feasted on turkey and goose at Christmas, whitey is not much given to sticking forks in more fowl on New Year’s Eve. The French are an exception in their own inimitable S&M ways, whether torturing geese for foie gras to be consumed with oysters and champagne on December 31st, or importing so many Muslims from Africa that they are now 9% of the population: 6 million alien colonizers rich with “lone wolves” and welfare loot from the French taxpayer; the aggregate amounting to the French being robbed en masse of their patrimony and bodily safety at once.

Moving slightly north, you’ll be gratified to know that NATO Secretary General Jens Stoltenberg got a selfie stick for Christmas. That momentous event had completely escaped me! Not the stick, mind you, but the NATO position. A prime metrosexual, true-believer socialist, far-left leader of Europe’s most socialist country, unwitting former informant to the KGB, Hamas enthusiast, entrustor of Norway’s core identity to a keffiyeh-flaunting 2nd-generation Pakistani Muslim immigrant Minister of Culture — for top NATO man. How nice.

But it goes well with the five female current Ministers of Defense that Europe so prides itself on, not to mention the past ones like Carme Chacon, reviewing Spain’s military troops in maternity smock and her young, attractive female’s aura wafting over the virile soldiers erect at attention. 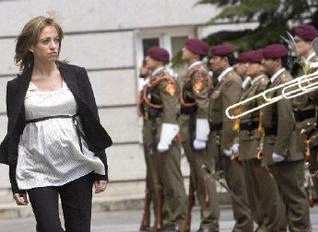 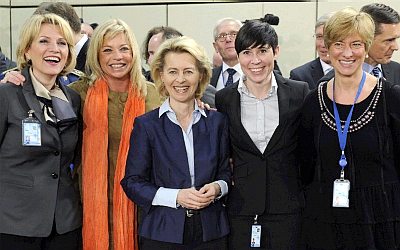 The Ministers of Defense of Italy, Albania, Germany, Norway and Netherlands at a conference, February 2014

The problem is that facing this mad Islamo-Socialist vaginocracy of the West are various determined patriarchies, ranging from the entire Dar al-Islam to China to Russia. And in Russia alone, the two main antagonists of these European swells look like this: 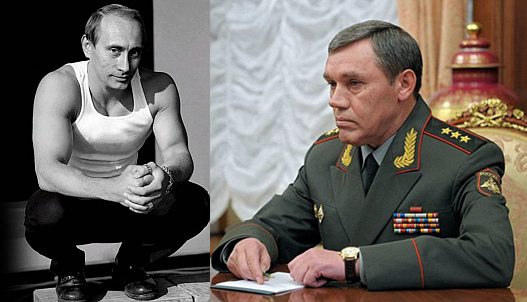 Moving on to the British Isles, on December 26th a callow, shallow man who knows nothing of what his country looked and felt like when its cops wore custodian helmets and carried batons instead of body armor and MP5s gushed on the pages of the Telegraph, “Goodbye to one of the best years in history; It might not feel like it, but we are safer, richer and healthier than at any time on record”. The same Telegraph having already stated that “Britain remains the world’s leading recruiting ground for al-Qaeda”, it’s no wonder a day later the Daily Mail reported that London’s iconic Royal Guards had been moved behind the iron gates at the historic places where they are posted, “in face of mounting fears of new ‘lone wolf’ terrorist attack”.

Ay, that wolf population now sowing terror in the hearts of Britons. All those werewolf Englishmen wrapped in al-Qaeda head towels or speaking in a cockney accent in ISIS videos: where could they have come from? Could they be, perchance, of the celebrated lupus islamicus genus? And by what means can a land species native to territories like Pakistan and Somalia get onto an island separated from the European continent by a sea channel from 20 to 150 miles wide? And where were all the British habitat warriors, on the barricades over the hunting of foxes or the loss of starlings, but not a pip about a massive invasion of a foreign species that preys on and gradually displaces the local fauna?

Then we have the U.S. of A. Where in a recent Gallup poll — that’s the end of the year, 2014, in which a string of disasters was inflicted on America by its lunatic-progressive ruling elite and its “minority” clients — the people, by far (19%), named Barak Hussein “Si Se Puede” Obama as the most admired man and Hillary “What Difference Does It Make” Clinton as the most admired woman (12%). The other top finishers were Pope Francis (6%), Bill Clinton (3%), Rev. Billy Graham (2%) and George W. Bush (2%) among men, and Oprah Winfrey (8%), Malala Yousafzai [sic] (6%), Condoleezza Rice (4%) and Michelle Obama (3%) among women.

And that, gentle reader, means that you can stick a fork in it. I won’t belabor why the choice of these people as “most admired” in a country that once had Washington, Franklin, Jefferson, Patton, Eisenhower etc. is outrageously preposterous. If you don’t know what these objects of current adulation have done, what they say and what they stand for, you haven’t yet taken Reality 101, and this is an intermediate-level seminar.

Nothing remains but to enjoy wholesomely what this life offers you: family, friends, whatever good health you’ve held onto, sublime experiences that only Nature and great art can provide. And, if you are American, tell your children and grandchildren and anyone else you can about the country America once was, liberty’s last hope, so that they can retell their children and grandchildren. One day, perhaps in 300 years, a generation may be born among the homogenized-and-vacuum-packed sheeple that will have the right tinder in its hearts and brains to be ignited by the tales of bygone America’s glory. It may lead to a successful reversal of the greatest man-made disaster in history.

Takuan Seiyo is a European-born American writer living in exile in Japan. For links to his previous essays, see the Takuan Seiyo Archives.

140 thoughts on “Happy New Year, And Stick a Fork in That Bird”