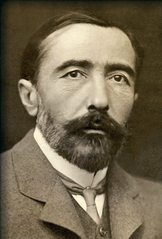 The End Times of Albion, Part 7B

To Hirsch or Not to Hirsch

In the closing paragraph of Part 7A I used the phrase ‘into the heart of darkness’; this was not a casual throw-away line. Heart of Darkness is a short novel written in 1899 by the Polish-British novelist Joseph Conrad. It describes a voyage up the Congo River into the Congo Free State in the heart of Africa, a place with which Conrad was well familiar. 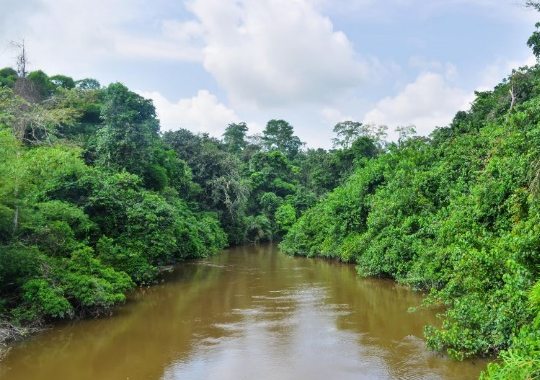 The story’s narrator, Charles Marlow, tells his story to friends aboard a boat anchored on the River Thames. This location provides the setting for Marlow’s account of his obsession with the ivory trader Kurtz, and enables Conrad to create a comparison between London and Africa, both as places of darkness. That fictional concept eventually ascended to the status of a reality with the onset of the five days of London riots in August 2011.

The riots were a consequence of the death of Mark Duggan… 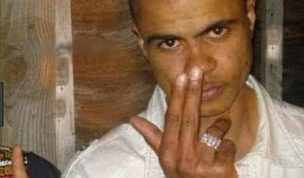 …a mixed-race thug and petty criminal known to carry firearms (a pistol inside a sock, gangster style, was recovered, unfired, from the scene) who was shot and killed by police on August 4th. Between 6th and 11th August thousands of people rioted in several London boroughs and in cities and towns across England. The resulting chaos generated looting, arson and mass violence that resulted in the deaths of five people.

A total of 3,443 crimes were committed in London during this period and an estimated £200 million worth of property damage was incurred.

Even pragmatic analysts of the riots attempted to prioritise social factors such as racial tension and unemployment as the cause of the problem but in the end there could be little doubt, despite desperate attempts to cover it up, that criminality and ethnic gang culture were the real root causes… 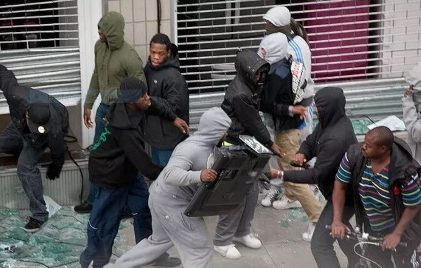 …and thus ‘Marxist-Socialist Central’, the London School of Economics and Political Science (known in my day as the ‘London School of Marxist Dialectic and Revolution’), via a team lead by a certain Professor Tim Newburn of the Department of Social Policy, but commissioned by and its ‘report’ disseminated by The Guardian as it stuck its oar in and yet again and managed to steer the dialogue away from reality and into the ‘Mea Culpa!’-peddling arms of the vote-whoring collective in Westminster.

Two days after the police shooting of a local black man, Mark Duggan, in north London on 6 August 2011, protestors gathered outside the local police station.

Mishandling of this protest led to the outbreak of violence and looting. Disorder spread rapidly, initially across London, and subsequently to Birmingham, Liverpool, Nottingham, Manchester and Salford.

In the face of considerable speculation about the causes of the riots, and the absence of an official inquiry, the Guardian and the LSE established a unique collaborative study, titled ‘Reading the Riots’…

…The most significant direct policy response to ‘Reading the Riots’ came at the LSE’s conference on 14th December 2011. In her speech, the Home Secretary[1] announced a formal review of best practice in relation to police stop and search powers. A major element of this was a review undertaken by Her Majesty’s Inspectorate of Constabulary, a primary prompt for which was the LSE and Guardian report. HMIC published their review in July 2013, and in a statement in the House of Commons on 2nd July 2013 the Home Secretary* said she anticipated significant reform of the use of these powers.

Know your enemy. They do not change. 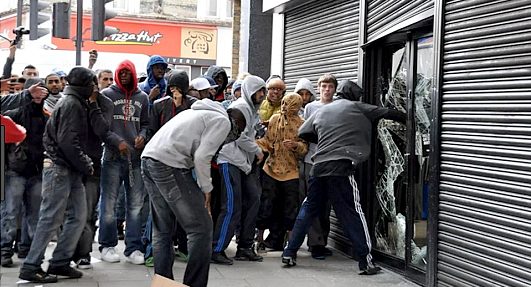 You may note in the photograph immediately above that there are a couple of white faces in the middle of the mob, products of our own benefit-sucking criminal underclass.

In the aftermath of the riots these were the ones first gleefully paraded before the courts in the full media spotlight, one after the other, whilst what few BAME rioters the establishment could not avoid having to prosecute were quietly dealt with later in a carefully orchestrated media twilight zone. It fooled no one who had been unfortunate enough to have to experience it and observe it with their own eyes, nor many more distant onlookers besides.

However, the heart of darkness is not restricted to London, although that festering cesspit is still the prime repository of such habitats. Now, even more so than in 2011 when the riots spread to other cities in Britain, such as Birmingham… 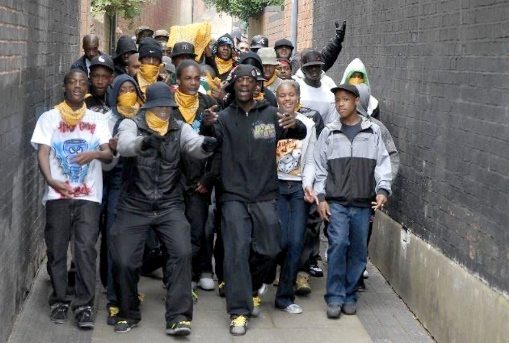 …there are places of similar darkness, and not only of the African variety — from the Islands and Highlands of Scotland, through Bridgend to Southend, the Umma had arrived and set down roots. It has supplemented the efforts of the earlier defenestrators of all that is British and appears to have been welcomed by many, such as the mixed-race political journalist and provocateur Afua Hirsch, who seem to have forgotten or forgiven these dusky historic slavers of their ancestors but not our long-terminated white participation therein and our subsequent battle against that ancient and evil practice. 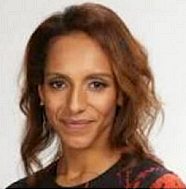 I stumbled across the charming Ms. Afua only relatively recently, probably because I do not read The Guardian or watch Sky News (I would rather wipe my bum with sandpaper). She came to my attention as an adjunct to the English Heritage racist embargo on white interns that I reported on at the end of Part 3. Nothing if not persistent, that lot.

In August 2017, Hirsch called for Nelson’s Column to be destroyed, claiming it is a symbol of white supremacism, so time, I thought, to have a good look at this person who seeks to remove me and mine and all traces of our existence from the streets and squares of our homeland. 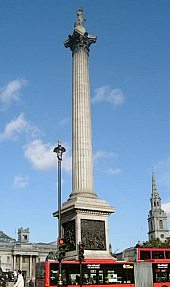 Afua Hirsch (born 12 June 1981) is a writer, broadcaster, barrister and human rights development worker. She has worked as a journalist for The Guardian newspaper and as the Social Affairs and Education Editor for Sky News until 2017.

Afua Hirsch was born in Stavanger, Norway, to an English father and an Ashanti-Ghanaian mother and raised in London. Her paternal grandfather Hans (later John), who was Jewish, fled Berlin in 1938.

Hirsch graduated with a Bachelor of Arts in Philosophy, Politics and Economics at St Peter’s College, University of Oxford, after which she took the Graduate Diploma in Law from BPP Law School.

Hirsch has worked in international development, law and journalism. She began working as a lawyer in criminal defence, public and international law and then became a legal correspondent for The Guardian. She has lived in Britain and Senegal, and served as The Guardian’s West Africa correspondent, based in Accra, Ghana[2]. From 2014 to 2017 she was the Social Affairs and Education Editor at Sky News.

It was the Ashanti-Ghanaian connection that put up my first red flag, particularly the Ashanti (correctly, Assante) element, because it awoke a sleeping memory of something I learned during my time in Africa so many years ago resultant from my interest in African tribal groupings and their interactions — which mostly involved inter-tribal conflict and slave-taking. More in part 7C. 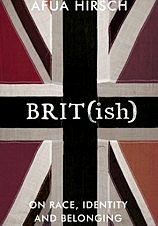 To my mind without doubt Afua Hirsch comes across as something of a race hustler. Particularly in her book,
where she, or perhaps an editor, obliquely imply in the sales pitch that she is 100% British despite the fact that she is Norwegian-born with only one British parent who as a child of a wartime German-Jewish refugee was brought up by a kindly Yorkshire family. Quote:

…In this personal and provocative investigation, Afua Hirsch explores a very British crisis of identity. We are a nation in denial about our past and our present. We believe we are the nation of abolition, but forget we are the nation of slavery. We are convinced that fairness is one of our values, but that immigration is one of our problems. Brit(ish) is the story of how and why this came to be, and an urgent call for change.

Her book is often flabbily argued and breathtakingly one-sided. But more to the point, it is also potentially dangerous.

I fear that if it were taken seriously, it could lead to a dramatic deterioration in the relatively harmonious race relations we have in this country.

The bizarre thing is that the woman who remorselessly flagellates so many aspects of Britain is one of the most fortunate people alive, and has enjoyed some of the greatest benefits this country has to offer…

…She grew up in ‘a lovely spacious house [with] a garden with fruit trees and swings, summer holidays walking in the Alps, a private education’. Oxford University and a degree in Politics, Philosophy and Economics followed, and then training to be a barrister…

…But Hirsch doesn’t give any credit to the Royal Navy — the same Navy of Horatio Nelson — which between 1815 and 1860 freed tens of thousands of slaves who were being shipped across the Atlantic.

Nor is any mention made of the British sailors — possibly as many as 20,000 — who died in this noble endeavour. Hirsch simply declares that ‘by 1840 there were more slaves crossing the Atlantic than ever before, and British investors and businesses were among those profiting’. [Stephen Glover in The Daily Mail, 6/4/18]

Gratitude, I would add, appears to have a very short half-life in certain quarters.

26 thoughts on “The End Times of Albion: To Hirsch or Not to Hirsch”