The End Times of Albion, Part 7A

Black, Asian* and Minority Ethnic racism is endemic in the UK. It surfaces in all private and public spheres of activity in many different guises and to a far greater extent than does white racism despite the latter demographic’s constituting a far greater proportion of the population as a whole.

Apart from the playing of the race card at every opportunity and despite the relentless implementation of ‘affirmative action’, it is particularly prevalent in the professions and the public services where, indeed, it is virtually mandatory, because it functions as a point-scoring, virtue-signaling exercise for the powers that be.

It incarnates most publicly as insular racist organisations within the Police and Legal spheres. Notable examples are:

Yeah, OK. I may be gullible but even I won’t venture beyond the envelope of credulity. Tell me, BAMEs, what’s wrong with the Law Society, which represents lawyers ‘as a whole’, as does the Police Federation, which represents all rank-and-file police officers likewise?

In case it hadn’t occurred to you, forming your own closed, ethnically exclusive organisations is the antithesis of integration and assimilation, and as such it obviously cannot thus benefit ‘society as whole’, so what precisely is your agenda here?

Considered answers from the Religion of Peace are most welcome provided they are not delivered in a ticking black backpack left on my doorstep. Thank you.

Finally, BAME racism reaches its crescendo in academia and across whole swaths of other established institutions and the media where its endless vomitus fouls every utterance and muddies the waters to such an extent that that rational dialectic is no longer possible — as it is intended to be so on pain of the disestablishment of any who would care to present an alternative perspective or analysis.

[Note: Black residents constituted around 3% of the United Kingdom’s population, according to the 2011 census, although that will have no doubt increased significantly during the intervening seven years: white 87.2%, black/African/Caribbean/black British 3%, Asian/Asian British: Indian 2.3%, Asian/Asian British: Pakistani 1.9%, mixed 2%, other 3.7% (2011 est.)

Hence this garbage is being peddled solely based upon the melanin density of a person’s skin and thus, ultimately, it is racist anti-white propaganda and socio-political engineering… yet again.

Mind you, if you look closely at the commercial/retail advertising world or crime reports/statistics one would have to conclude that the UK demographic is at least 40% variably tinted.] 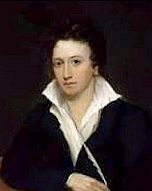 Two brief, recent examples of its pernicious effect, one resulting from ‘affirmative action’, for want of a rational explanation, and one, inevitably, from that Hallowed Hall on the East River follow, but we should take heart and bear in mind that all shibboleths crash to earth eventually:

I met a traveller from an antique land
Who said: Two vast and trunkless legs of stone
Stand in the desert. Near them, on the sand,
Half sunk, a shattered visage lies, whose frown
And wrinkled lip, and sneer of cold command
Tell that its sculptor well those passions read
Which yet survive, stamped on these lifeless things,
The hand that mocked them and the heart that fed.
And on the pedestal these words appear:
”My name is Ozymandias, king of kings:
Look on my works, ye Mighty, and despair!”
Nothing beside remains. Round the decay
Of that colossal wreck, boundless and bare
The lone and level sands stretch far away.

Recently an Ex-Metropolitan Police poster girl, Carol Howard, crying racism and discrimination, lost all 33 claims after a tribunal heard she complained of prejudice whenever she was unhappy at work. 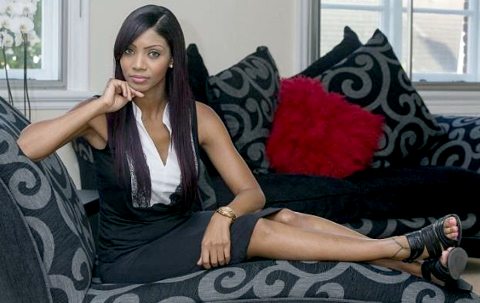 Quod erat demonstrandum; the judgement of the Tribunal was damning:

Dismissing all 33 of Miss Howard’s allegations, Judge Joanna Wade said her claims to be the victim of a ‘witch hunt’ were unfounded… the judge suggested a £37,000 payout in a previous action against the Metropolitan Police four years ago lay behind her claim against the IPCC.

The former firearms officer suffered from an ‘astonishing’ lack of perspective and ‘very poor’ judgment, it was said. Judge Joanna Wade dismissed all 33 of Miss Howard’s allegations and said her claims to be the victim of a ‘witch hunt’ were unfounded…’We are left with the uncomfortable conclusion that the claimant has an unshakeable but incorrect belief that if she does not like what is happening or is prevented from doing the work she chooses, this is discrimination [or] victimisation.’

Miss Howard, of Coulsdon, Surrey, rose to prominence after appearing in an official Scotland Yard poster… 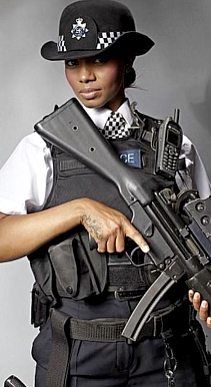 … to promote the 2012 London Olympic security operation holding a firearm. She served fourteen years with the Metropolitan Police but quit in 2015 after she won a discrimination payout.

A tribunal (in 2014) found she was bullied, harassed and victimised while serving as one of only two black women officers in the force’s 700-strong Diplomatic Protection Group. She went on to apply for a temporary post as an investigator at the IPCC, now known as the Independent Office for Police Conduct (IOPC), but she resigned after just five months while facing suspension and dismissal for submitting inaccurate timesheets.

Obviously, the Met has forgotten, or prefers not to remember, the Ali Desaei debacle. Promotion and preferential appointments based on ethnicity rather than on ability and commitment to impartiality and equal treatment for all is a standard formula throughout British institutions.

The public parading of affirmative-actioned BAME placements may be very PC and oh! so multicultural but it is always a two-edged sword. 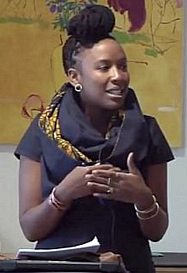 Next, we come to the sublime utterances of a certain Zambian ‘academic’, Ms. Tendayi Achiume, Race Relations Envoy for the United Nations no less — I am of a mind that the UN would perhaps be better named ‘The Assembly of United Despotocracies and Kleptocracies’ — who has recently graced us with an Imperial visit.

Addressing a press conference in London today (11/5/18), she said Britons are in a state of ‘national panic’ about terrorism — even though the UK was hit by five terror attacks last year killing dozens and injuring hundreds more.

And she accused the UK of a string of failures which have fostered racism and inequality — singling out the Brexit vote for particular criticism. She said: ‘I think the environment leading up to the referendum, during the referendum and after the referendum has made racial ethnicities more vulnerable to racial discrimination and intolerance.’ The UN rapporteur is a Zambian academic linked to a group which wants jails abolished…

…She slammed Theresa May’s ‘hostile environment’ policy which she oversaw in a bid to crack down on illegal immigration while Home Secretary. And she added that the picture for young black boys in Britain ‘remains grim and has actually worsened’… ‘The structural socioeconomic exclusion of racial and ethnic minority communities in the United Kingdom is striking.

‘The harsh reality is that race, ethnicity, religion, gender, disability status and related categories all continue to determine the life chances and wellbeing of people in Britain in ways that are unacceptable and in many cases unlawful.

…Four years ago she claimed attacks against foreign nationals threatened the lives of refugees in countries including the UK, comparing it to Libya. Describing her mission previously, she said: ‘Xenophobic discrimination and intolerance aimed at refugees, migrants and even British racial, religious and ethnic minorities will be an important focus’…

…She is the latest in a string of dignitaries sent by various branches of the UN over the past decade who have criticised Britain’s human rights record. (Daily Mail — 11/12 May 2018)

Well, yes, Ms. Achiume, your somewhat less than erudite lecture to us when viewed from outside of its ethno-cultural context sounds rather sweet and so humanitarian, but the humanitarian record of your country of origin does leave quite a bit be desired:

The Country Report on Human Rights Practices in Zambia for 2012 by the United States Department of State noted the following serious human rights abuses:

Zambia, indeed. Very much the epitome of the New World Order, methinks!

However, that said, I do understand the siren call of Londonistan; it is such a perfect place for you and a very clever choice of venue to lecture us from, so congratulations on your perspicacity in that respect, if not for the brutal, bloody record of your government. But I must now move on to the second half of this fascinating journey into the heart of darkness so, “Farewell and fair wind back to Africa, young lady.”

17 thoughts on “The End Times of Albion: Hirsch + Hirsch and others — BAME Racism Echoing Through Feminist Megaphones”