Our Hungarian correspondent László analyzes the use of the threat of nuclear war as psychological warfare within the West. 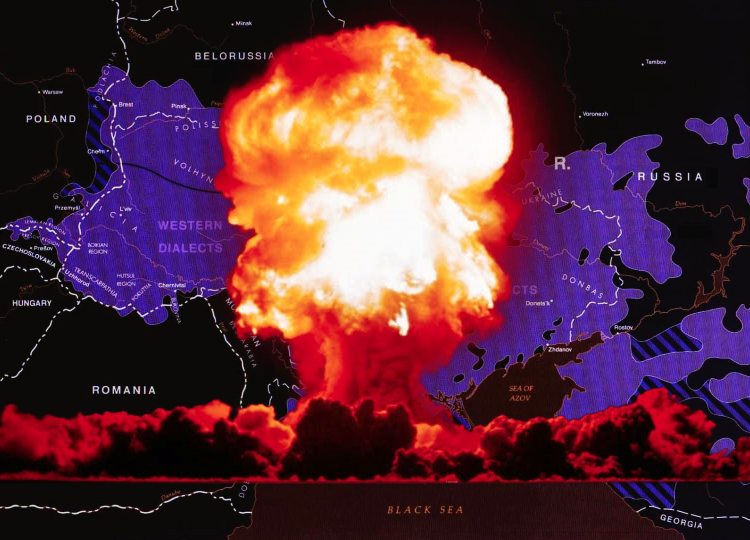 Five Chilling Ways The Nuclear Bogeyman Can Frighten You

The Nuclear Threat is Naked

The “nuclear psyop”, which I have written about in several instances on Gates of Vienna (here, here, here and here), is becoming more and more obvious, as the Daily Mirror tabloid mirrors the ludicrousness of the Corona psyop by writing about a Putin in bad health hiding in a bunker while talking to shamans about a tactical nuclear strike he would order (or something like that).

The absurdity of this sort of propaganda has become as apparent as it was during the height of the Corona hoax. “Putin did not even need his own children from his mistresses — a girl and a boy, whom no one is going to evacuate.”, claims the Mirror. The whole article is a laughingstock.

I do think that “They”, once again, underestimate the so-called (tabloid-reading) ‘simple people’ — the working masses — who often have a more grounded sense of reality than their highly-educated (indoctrinated / intellectually arrogant) peers.

This latest amazing fantasy in the Mirror comes after a lot of similar but less Babylon Bee-style, i.e. somewhat more serious-looking, propaganda in the recent days. Some examples:

OK, you are saying, but what would the purpose of such a nuclear psyop be? Well, I think it is “nudging” again — that is, mass-behaviour modification, in order to achieve herd humanity towards the New World Order. Another excuse for tyranny.

Now, I assume you are still looking for the “five chilling ways the nuclear bogeyman can frighten you” that I promised you in the headline. Well, it was just a known marketing method for a clickbait title.

The nuclear threat is naked.