I’m not on social media, so I wasn’t aware of the latest Twitter fad, which is to post a single significant word (or phrase). Our Hungarian correspondent László sends his analysis of what’s going on. 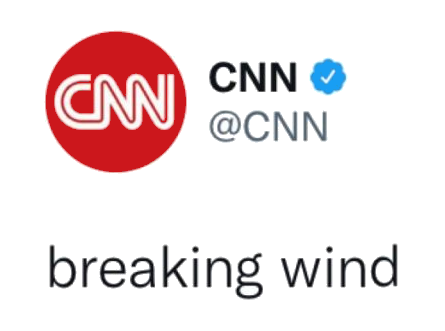 The Hungarian mainstream globalist media outlet Index posted an article that claims they spotted a chain of coordinated Twitter-messages by world leaders. The Hungarian MSN also published the Index article. I have not yet found anything about it in English:

The list of words resemble the style and content of well-known global deep-state themes, and taken together they seem to convey the message that “We are ready to somewhat openly declare war on Russia, while blaming Russia for it”.

My more detailed “translation” (in italics) is below — anyone who follows politics could provide something similar:

Volodymyr Zelensky, the President of Ukraine, also posted just one word: “Freedom”. = “We are ready to ruin Ukraine in order to “free” it from the Russians who dare to interfere in the Democrats’ business there. The show must go on.”

During the afternoon and into the evening, the number of similar posts multiplied, and we show which politicians and officials shared which words in their posts:

Who. Writes. Their. Scripts?

There is a good chance that the handlers of these nasty puppets are taking the mickey out of us. Judging from my own reaction to it, I would say that this is a wartime PR-stunt used as a propaganda weapon. The mysterious chain of messages smells of a childish boy-scout-like Commie performance. They want us to do exactly what I am doing: to start guessing what our almighty rulers are up to.

Turkey’s one-word post (“Turkey”) signals that they understand the chain-posting as an act of pledging allegiance to the Western side of this Commie theater of world war, by signalling that they stand on their own side, while pretending to be neutral.

Russia may also play a role in the theater, because Moscow has recently stated (quoting from memory) that the West’s delivery of long-range missiles to Ukraine will be considered an act of war that will entail that the USA would be considered as a warring party. (I cannot find an English source for it at the moment.)

It seems to be Russia’s declaration of war.

Nevertheless, on Twitter Western ‘leaders’ continue to push the war against Russia. Which means that they want escalation, or at least the continuation of the strange war.

So the most total picture I can draw out of this all is: we are witnessing the concerted and deliberate ‘escalation’ of the world war, guest-starring Russia. Which allows for a new presupposition I am making here: that it is a CONTROLLED world war. Much like in the scamdemic, the Powers That Be are going for a controlled crisis, because an uncontrolled one would ruin their wet dreams about the Great Reset, which is a gradual takeover best served cold.

In a real, hot, uncontrolled escalation of a world war, different independent power structures would take matters in their own hands, sometimes as real grassroots initiatives, and the Great Fascist Reset would soon be over.

I’ll try to follow up and decode this rather annoying and dumb stuff, as idiots in high positions are playing with humanity, between sniffs of coke.

So, all in all, it seems to be a mutual declaration of war… or a Commie flash mob that looks like that.

For the time being I am — a bit reluctantly — reacting to their provocation by writing this account. The best thing one might do would be to ignore this propaganda altogether. But unfortunately these clowns hold their fingers on some dangerous red buttons while waging war on us all that they justify with this WW3 theater.

War and propaganda have become inseparable.

From Index (my translation):

On the second day of September, in the afternoon, Index noticed some interesting posts on Twitter. The one-word posts could be quite attention-grabbing for regular Twitter users.

The first was the Ukrainian government’s page, where they simply wrote: “Victory”. Later, Volodymyr Zelensky, the President of Ukraine, also posted just one word: “Freedom”.

During the afternoon and into the evening, the number of similar posts multiplied, and we show which politicians and officials shared which words in their posts:

Olena Zelenskaya, wife of the Ukrainian head of state — Truth.

US Department of State — Diplomacy.

The entry by Turkish President Recep Tayyip Erdogan may be a little counter-intuitive, although we cannot say for sure, as it is unclear what the politicians were trying to achieve with this — for many — unusual action. And what did the Turkish president write? Turkey — that is all.

It could be a coordinated awareness-raising operation. Perhaps this is the most reasonable explanation for the strange entries. But it cannot be ruled out that they were all victims of a hacker attack. We will probably find out soon.

Oh, you think so, Index? How do you know?! Is it a Hollywood script?

We can hardly wait — the popcorn is in the microwave.

Update: World leaders seem to be following this idiotic “woke” trend on Twitter.

So my updated solution to the mystery is that these puppets simply followed the lead of Comrade Zelensky in the propaganda war on Twitter and showed their unwavering support.