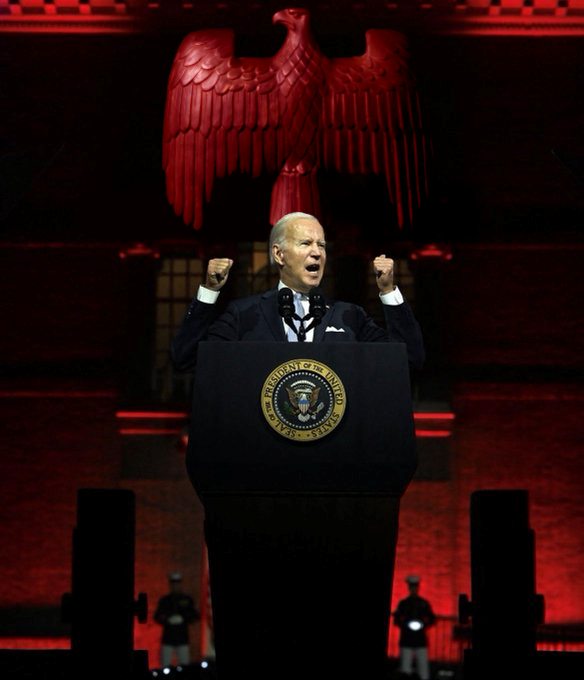 I couldn’t resist playing around some more with the photo of President Brandon giving his inspiring speech the other night in Philadelphia. Yesterday I chose the theme of International Socialism, but the iconography works just as well with National Socialism.

15 thoughts on “The Nuremberg Sermon”