Our Israeli correspondent MC weighs in on the two great shibboleths of modern political correctness: COVID-19 and climate change. 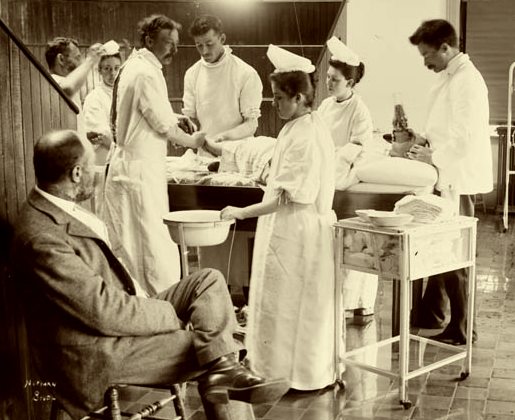 (Or the confessions of an inveterate kludge)

In a godless environment these are real and morbid fears, fully justified when mankind boasts invincibility but cannot hold back the waves of nature. “DO SOMETHING — ANYTHING” people scream at their leaders, and expect a response.

People get very angry when they go to a doctor and don’t get a bunch of pills to pop. Prescribing placebos is not uncommon so I am told.

About three years back I had a heart attack, not a big one, but painful and a shock. Cardiovascular disease is a symptom of an underlying failure. Modern medicine assumes it is all to do with ‘cholesterol’, at least that is what it tells its clientele, and cholesterol is what has, in the past, been taught at med school. First it was all cholesterol, and we had to give up butter and chicken skins. Then it was low-density cholesterol, and we all had to take statins. Then along came vLDL and we all had to lose weight. The cholesterol-centric view is outdated, but is still mainstream in the doctor’s surgery and in the pharma advertising. The underlying inflammation causing the cholesterol/plaque is largely ignored.

So I was given a handful of pills and told to make a will. There was no attempt to find out what the underlying cause(s) might be. Modern medicine is a profit-making concern, so it treats the symptoms, and is not the least interested in ‘healing’. To heal, one must find the cause, and that is not instantly profitable.

Luckily, I could afford private medicine. I went to a real healer: my daughter is studying to be a naturopath. I asked her advice, and I subsequently met Etti.

I spent almost a whole morning with Etti going through my back history, starting with childhood problems.

She then arranged for me to have a full GI tract analysis. It came back with a surprise: malnutrition — fat malabsorption, and subsequent problems with fat soluble vitamins A,D,E and K. The vitamin D deficiency was serious and debilitating and had been so for many years.

I was a scrawny child, so much so that my mother took me to the doctor as a ‘fail to thrive’ problem. The doctor was dismissive — “children don’t starve themselves.” Nobody bothered to ask me; I could have described the gagging (GERD) and the overwhelming tiredness, the aches and pains in my limbs…

This was within ten years after the end of the war — British society had all sorts of consequential hang-ups over food, and a little boy gagging and vomiting was just prima-donna behaviour.

I came to dread mealtimes, at school and at home. I had a reputation which I just could not live down.

It was sixty years later that Etti found the problem, Celiac disease — to me the gluten in wheat, barley and rye is poisonous and over time, stops the small from intestine digesting food and causes leaky gut syndrome and its subsequent cytokine storm and rabid inflammation.

I had my first brush with heart disease when I was 26. It destroyed my career in the Royal Navy. Celiac causes a cytokine storm and subsequent inflammation at random places throughout the body. I ended up with diabetes, CVD, gall stones and fatty liver — a bit like COVID spike protein damage, and with the brittle/broken bones caused by sixty years of vitamin D deficiency, I was in need of real help. I finally got it, but not from modern medicine.

A gluten-free diet helped tremendously. No thanks to the ten or so members of the medical profession who had prescribed this or that (expensive) drugs and nearly killed me several times over the last sixty years.

Yet we believe in doctors as modern gods. We follow Fauci slavishly even though he is obviously not only in the pay of Big Pharma, but is also an out-and-out globalist. He has been fist in glove with Gates for over ten years, and Gates appears to want to exterminate/cull most of us, and enslave the rest.

Are we blind? Do we so worship the medical profession with such passion that we will allow them to rule over us? Are they the straw that we clutch at when our bodies go awry? The AMA tells doctors to lie to us — WHY?

Because they, our wonderful doctors, are owned; they are slaves to big Pharma. “Do No Harm unless it profits thy masters.”

Trofim Lysenko was not a medical doctor, but he would have been very happy with today’s politicised medicine scenario — he too could have been the highest-paid public servant in the USA, protected from prosecution for ‘crimes of mass destruction’ by a vaccine tyrant in the White House Kremlin.

Whatever you may think climate science is, it is not. We can have climate opinion, even climate theory, but de-facto ‘climate science’ is problematic; there are just too many variables and no laboratory space to test them in any meaningful way, ‘Climate Science’ is an exercise in history, not science. That demon, carbon dioxide, is what plants breathe, and all life is dependent upon plants for food and oxygen, so better watch out, it may be Winter but never Christmas.

Science is knowledge, a search for Yah’s truths of Creation. Climate ‘history’ is the study of an ever-changing process which does not repeat itself, but it often rhymes (thank you, Mark Twain).

Both carbon dioxide and oxygen are water soluble, and thus, depending upon variations in ocean temperature, huge amounts of both are either absorbed by or emitted from the sea over long periods of time. In comparison, anthropogenic emissions are miniscule, and as yet insignificant — a volcano eruption releases more gas and hot air in a month than 3.5 trillion lefty politicians do in decades of waffling and flannel. Also, it should be remembered that ‘fossil fuels’ were once carbon-based life forms on the surface of the planet, now reduced and encapsulated by natural processes. By what mechanism can life which once existed now be supposedly poison to life which will be? Climate has historically changed, and will change naturally, and there is little humanity can do except shout about it (and profit by it).

Of course, the real greenhouse gas is water vapour — clouds affect weather and temperature many millions of magnitudes more than methane and carbon dioxide combined, but clouds are puffy and pretty and cannot be used to engender the paroxysms of fear required for climate tyranny. A creeping invisible enemy is needed for that.

Is it an invisible ‘deadly’ virus or a colourless odourless ‘poison’ gas? Or both?

Again, it is the hysterical fear that enables the tyranny, and opens the door to slavery. We can fight the communists and the fascists, but when they wheel in their big medical and climate hoaxes we lie down in a quivering heap and say, “Yes sir, no sir, three bags full, sir!”

Much of the power of fear is based on an era of humanism arising from atheism. Because ‘creation’ was an accident, so they believe, then there is no ‘act of god’, and mankind must be in control of everything. So open the door to the control freak, the one who can pretend to know all the answers. Lockdowns and batteries…

Rainbows are no longer a God-given promise of no more elimination events, but have been hijacked to show public tolerance of things best left to consenting adults in private.

I am not sure why I have to have other people’s sexuality rammed down my throat; but I seem not to be part of the ‘choice’ mechanism. My views just do not matter; my preferences are of no consequence. Only those of the woke and the promiscuous matter; everything else is ‘hate’.

Like pornography, ‘hate’ is difficult to define — one man’s hate is another woman’s pleasure. But ‘hate’ is yet another ill-defined and weaponised word which can be spun whichever way the bully (tyrant) wishes it to be. Hate is the most wonderful tool to aid projection…

So socialists wish to once more to inflict ‘equality’ on us. The last time, only Madame Guillotine profited.

Would you pay your fifty bucks to watch three hours of futility?

Marxism is a total failure. No workers spontaneously rose up and seized the means of production, and when Marxism was forced it did not work. The Kulaks — by definition the competent farmers — had to be killed off in the name of ‘equality’, which left farming in the hands of the incompetent — and people starved…

Almost by definition, leftists are clever but ignorant people, and they have a huge problem with unintended consequences. It is not that they cannot see the wood for the trees, but they truly think that the lumberjacks put on girlie’s clothing and have buttered scones for tea.

Texas without electricity, huge forest fires in California, myocarditis and pericarditis following experimental ‘vaccines’. Their ‘religious’ fervour requires that they, too, cannot be the first to stop clapping.

Whilst religion may well be the opiate of the people, socialism is its oxycodone. The Purdues of this world ruthlessly exploit it, whilst the nitwits in their surgeries write their prescriptions and look forwards to the free trip to Barcelona.

And the patients die — but never mind, eh!

There is a policeman in jail in Minnesota for essentially doing his job. He is there because the justice system in the USA has broken down, and is now putty in the hands of legislators and the executive. The failure has been apparent for many years, since the time that the Supreme Court ruled that it was a mother’s right to murder her babies, and abortion just became a modern and effective form of contraception.

That in its normal state the law is an ass is beyond doubt, but in the hands of a tyrant it becomes a dangerous attack dog. Emasculating others at the will of its master(s) without any thoughts past its next feed time. Or maybe in the current genre, the fear of exposure as to where its illicit nookies are hidden.

The Founding Fathers created a very robust system of government which stood up well against the attacks of the tyrants. It stopped Roosevelt’s socialist/fascist “Blue Eagle” before it destroyed the country, but that was when there was an independent judiciary.

But now the judiciary is owned. It no longer functions as a separate pillar of government, and so the rule of law has become a dogfight. As a result, it is difficult to recognise tyranny, let alone scotch it. So what do we have? The greatest of nations being brought down from within by pseudo-scientific tyranny based on ignorance and emotion, and a fire hydrant gushing inflammable propaganda instead of a liquid stream of truth.

All those bought bureaucrats, those who are aiding and abetting, need to understand something very important: revolutions always eat their own, and they eat them first, not last, and very soon after gaining power. Nobody wants their dirty linen on display, and every bribed official is a potential skidmark…