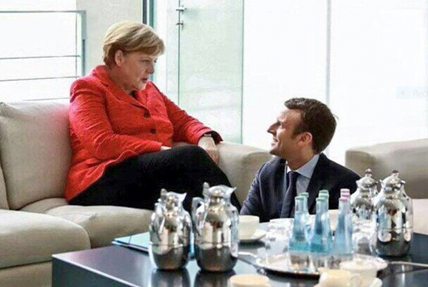 Last night’s post about French President Emmanuel “Toy Boy” Macron started a conversation in the comments about whether or not Mr. Macron sincerely wants to stop (or slow) the encroachment of Islam in France. The translated article concerned the French President’s requirement that the French Council of Muslim Worship come up with a plan for regulating the training of imams in France and removing foreign influences from the process.

The consensus seems to be that Mr. Macron is trying to poach some support from Marine Le Pen of National Rally, who would probably win the next presidential election if it were held today. With every incident of deadly violence that escapes the banlieues and impacts the lives of ordinary native French people, the more voters turn to Ms. Le Pen.

Emmanuel Macron may have a vestigial sense of French identity and culture, but he is clearly an opportunist. In his lofty position as head of state, he can hardly be unaware of the dire peril that Islamization poses to the French state. In my opinion — which is not based on statistics, since the French government has for many years prohibited the collecting of statistics on ethnicity and religion in France — the country has already passed the point of no return. France will become an Islamic republic within a generation at most.

If Mr. Macron and his handlers are aware of these facts — and one must assume they are — then they are simply maneuvering to give themselves the best possible positions of advantage during the rapidly dwindling time in which non-Muslims retain control of the French government. And, as someone pointed out in the comments, the president may well be keeping an eye on the military, which has its own agenda concerning Islamic violence.

I’ve been watching the careers of Emmanuel Macron, Austrian Chancellor Sebastian Kurz, and British Prime Minister Boris “BoJo” Johnson since long before they achieved daily prominence in the news headlines. Despite their widely differing personalities and styles, they seemed to be cut from the same political cloth: ambitious, unprincipled, unscrupulous men who would do whatever it took to achieve and maintain their positions of power.

The career trajectories of BoJo and Boy Kurz have borne out my early assessment of their characters. It’s still too soon to determine how well Mr. Macron fits the mold. And he may not be as shrewd a player as the other two, since he is obviously more like a golem assembled from bits and pieces of political dross by the banking cartels. 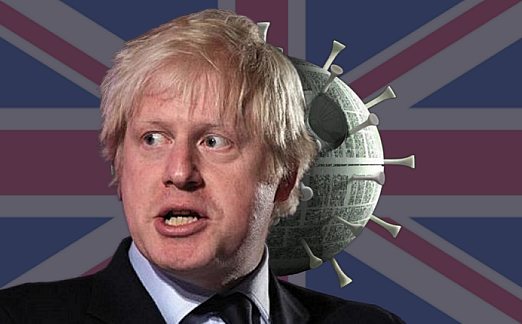 All three men are clearly tools of the globalists. I hardly need to mention that the same is true of Angela Merkel, Barack Obama, Joe Biden, Justin Trudeau, and innumerable other lesser thespian apparatchiks who strut and fret their hour on the twilight political stages of the West.

So what makes these charlatans appear to be different? No one who pays close attention to political affairs would ever suspect Mrs. Merkel or Mr. Obama of having any identifiable principles, nor any love for their respective homelands. How is it that Messrs. Kurz, Johnson, and Macron manage to convince nationalists — tentatively and contingently — that the three wily rogues might have at least a shred of devotion to their countries?

I don’t know about Mr. Macron, but the other two have repeatedly demonstrated considerable skill in political legerdemain. They’ve trimmed their sails to the nationalist winds with remarkably good timing.

There are very few prominent Western politicians who are truly principled and not yet wholly owned by the globalists. Geert Wilders, Viktor Orbán, Matteo Salvini, Marine Le Pen, Jair Bolsonaro… And Donald Trump, of course.

I could definitely count them on the fingers of two hands. No need to take off my shoes to complete the list.

46 thoughts on “Do They Really Mean It?”