Since posting his first installment of this treatise, Seneca III has acquired new information, and thus is interleaving it here.

INTERLUDE — Party Politics in the raw, and Islamic angst ‘On Air’ in the time of Covid

In the comments to Part I, ‘K. from Germany’ pointed out an omission I had failed to notice whilst writing and proof-reading that article.

Follow the link they provided and then “membership” to arrive at this page:

Not at all suggesting they can’t be corrupted. This whole establishment is rotten to the core. But they wisened up on how to pull one over the public so it won’t be as simple as counting Mohammeds.

To which I replied:

Thank you for that, K. I will include a correction in the part of the series I am working on at the moment. And, also, if I can find the time, I will have a quick look at each of the members — that could turn out to be very interesting or turn up nothing at all.

Depending on what turns up and if it is politically interesting, I may have to skip including such an analysis in the current work in progress, which is already structured in note form, and save it for a later edition. Rgds, S III.

This I have done, and it was indeed an eye opener.

It is a rich hunting ground for the Paedophiliac Slaves of Allah seeking more gender slaves, or ‘Fresh Meat’ as Islam has been known to refer to white girl children and young Western women as a whole, so let us have a look at this area and the MPs who represent some of the constituencies in those lost lands, and who also serve on the Petitions Committee. 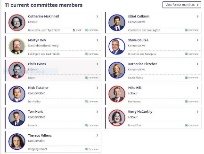 Naturally my first ports of call were to be the Labour MPs whose lucrative parliamentary sinecures rely heavily, in some places predominantly, on the Muslim vote. There are four of these Marxist-Socialist drones out of a total of eleven members on the committee, and whilst they are not a majority, they do constitute a substantial and influential voting bloc, and the ones that do not represent overwhelmingly Muslim constituencies would have no doubt voted with the others out of Party solidarity.

Those latter two outliers are:

Demographically, Bristol is not yet a mini-Caliphate but it is quite well and variously enriched, and is so ‘Woke’ and in love with Multiculturalism that it rarely sleeps as it demonstrates how easy it is for a once homogeneous community to commit racial suicide.

Islwyn is a Welsh Parliamentary constituency that seems to have escaped the attentions of the grooming fraternity. It is, however, one of the safest dyed-in-the-wool Labour seats in the country. It was once held by the party’s former leader Neil Kinnock, who served as opposition leader for nearly a decade until 1992 and then went off to become an EU commissioner and made a personal fortune in the process, as did his wife, Glenys Elizabeth Kinnock, Baroness Kinnock of Holyhead FRSA, who was a Labour Party Member of the European Parliament (MEP) from 1994 to 2009. Nice work if you can get it.

The hard-core vote whoring Dhimmis are:

Newcastle on Tyne North is very well-enriched indeed so no surprises there:

Hartlepool is another super-enriched cesspit, so again no surprises. It is thought by many to be on Teesside but is in actuality located in County Durham, which itself is an enrichment zone of some note. See the two links below:

Plod, of course, has had a big hand in the cover-up strategy, and, as is so common these days, not with a great deal of professionalism either, perhaps because of its recruiting policies. Martin Skirving-Chehab, from Cleveland Police certainly has a very interesting Geordie name.

The daily Corona briefing from No. 10 is conducted by various Cabinet Ministers who are accompanied by one or two medical/scientific advisors. Yesterday, Sunday 3rd May, the hot seat was graced by the presence of Michael Andrew Gove, the Chancellor of the Duchy of Lancaster and Minister for the Cabinet Office.

The general procedure is for the Minister to first give a broad outline briefing on the current state of affairs, followed by a senior medical advisor showing a selection of charts and graphs illuminating the progress and prognosis of the pestilence. This is followed by the panel being asked questions by another pestilence, representatives of the major MSM outlets.

These questions are normally delivered as overt or covert accusations of government incompetence or as demands for an apology from the government for imagined or for what they see as mistakes, obviously assuming that with their hindsight and with the aid of the crystal balls they massaged and drooled over in the dark, internecine dung heap of journalism, they have found the solutions to all things bedeviling us mere mortals.

Essentially, they are the biggest bunch of self-indulgent, intellectually challenged, smarmy prats I have ever had the misfortune to have to listen to in order to keep up to with the real news.

Also, smaller local or single-issue interest news outlets such as the Nursing Times get a bite at the cherry; yesterday it was the turn of the ‘Muslim News,’ the UK Caliphate’s puling propaganda arm. It did not disappoint seasoned observers of subversion at work.

Here I offer you the muslimnews.co.uk/ . 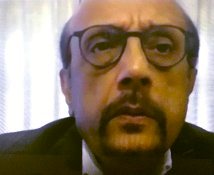 Editor and Publisher Ahmed J Versi revealed himself to be yet another shill for ideological Jihad in the UK, whilst in his (self-edited?) wiki bio he hides behind a thin façade of reasonableness and anti-misogyny.

The question he raised concerned the fact that it may be the case that BAMEs (Black Asian and Minority Ethnics) are sustaining disproportionately high rates of death and the after effects of Covid 19 than Caucasians. He then began suggesting that this was not the result of their lifestyles, diets, personal hygiene practices, and high rate of diabetes and other exotic diseases as is suspected but that of ‘racism’, ‘discrimination’ and the dreaded ‘Islamophobia’, whatever that may be.

I must admit that I found these claims somewhat disingenuous, to say the least, particularly as he obviously didn’t see the irony in his claim of ‘discrimination’ considering that Islam is the least discriminated-against demographic in Britain today, loaded as it is with privileges and preferential treatments not availed to the indigenous white and majority demographic. And do note that recently Police across the UK have been instructed to ignore the continued breaches of the safe distancing rules by the Religion of Peace at funerals, weddings, mosques and during their nightly Ramadan pig-outs.

And, to finish this rant, something else you won’t see on the MSM and what you will rarely see online elsewhere in the UK because of the institutionalized censorship of what is actually being done to us.

WARNING. Not suitable for children — strong in the vernacular are the words used by the victim to point out to the Plod that they are not the world’s ‘Finest Police Force’ as the Home Secretary insists on informing us at every opportunity.

Yes, neither will you ever see this type of unwarranted home invasion happening to Muslims, except when Plod are making one of their rare arrests of Muslim free-range bombers, cutthroats, vehicle Jihadis or their many accomplices through the British Ummah.

If any readers know which County Force this rather butch Thugette and her cronies belong to, why not pass it along your local press, the Police Complaints Commission or anyone else who could get it out into the open. Or even let us know here any information you may have as to the ‘Why’ of this incident, because there was no such information at the link, and I may have stuck my neck out by posting it blind.

That is all for today, Guys and Gels, as it is time now for my afternoon beer — Corona, of course. I drink it sitting outside on my driveway two metres from the road because the label on the bottle scares the hell out of my irritating, curtain-twitching neighbours.

Thanks again, ‘K. from Germany’.

8 thoughts on “Signs and Portents Everywhere… But of What? (Interlude)”