In his latest essay Michael Copeland discusses what has been pointed out here repeatedly in the past: Islamic scriptures and teaching require believers to engage in sacred lying whenever it serves the cause of Islam. 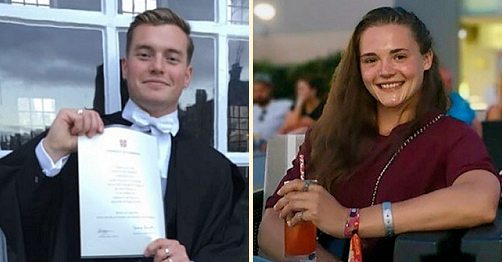 “Act like you are his friend. Then kill him.”

So urged Sheikh Mubarak Gilani to his Muslim listeners concerning non-Muslims, kafirs. He was advocating two of Islam’s teachings: deception of kafirs and killing of kafirs.

Islamic deception has an Arabic name — taqiyya. It is a well-developed doctrine. In short it authorises Muslims to deceive the kafir in the cause of Islam. One of Islam’s most important theologians, Al Ghazali (1059-1111), set out the position a long time ago:

“Understand that lying is not wrong in itself. If a lie is the only way to achieve a good result [for Islam], it is permitted.”

“Permissible Lying” is how taqiyya is featured in the Manual of Islamic Law, Reliance of the Traveller (r4). In the Muslim Brotherhood’s secret “Strategic Plan”, the “Explanatory Memorandum”, it is included as “Using deception to mask intended goals”. It is part of their strategy for “destroying the Western civilisation from within”. This explosively important document was captured through alert police work.

An observant traffic officer in Maryland in 2004 saw a car being driven across the Chesapeake Bridge with a woman in a hijab taking a video of its structural members. He pulled it over. The driver was a Hamas activist. The driver and the passenger were arrested and their Virginia home searched. In a secret sub-basement was a stash of Arabic documents, including the Explanatory Memorandum. Subsequently this became critical evidence in the largest terrorist-funding case in American history, the Holy Land Foundation trial.

Islam’s doctrine of killing non-Muslims has been its blood-soaked track record for the last nearly 1,400 years. It cannot be missed. Islam’s history is one of repeated attack, killing, slave-taking, piracy, extortion, subjugation, humiliation and forced conversion of non-Muslim peoples, and the annihilation of their cultures. Churches, temples, and synagogues have been destroyed and triumphal mosques built in their stead. Great swathes of the Near East and North Africa that were previously Christian, even Spain and part of France, have been forced to be Islamic, with great cruelty and barbarism. Formerly Buddhist Afghanistan, Zoroastrian Persia, and Hindu India have all experienced the same. The process is in full swing in Nigeria, Myanmar, East Timor, the Philippines, Sudan, and elsewhere. The tainted BBC euphemise these conflicts as “separatist insurgencies”, but they are all instances of Islamic jihad.

Jack Merritt and Saskia Jones were deceived by Muslim jihadi Usman Khan. Khan had been imprisoned for planning terrorist mass murders. In prison he had claimed that that he wanted be rehabilitated. It was taqiyya. He joined a “Learning Together” programme in which the two were involved.

Unfortunately the “Learning Together” programme had not started on its own Learning Curve about Islam. The management had not informed either themselves or their personnel of basic Islamic doctrines. Had they done so, they would have been alerted not only to Islam’s Permissible Lying, but also, critically, to Islam’s standing instruction to kill kafirs.

“Muslims must kill kafirs wherever they are unless they convert,”

ruled Ali Gomaa, the Grand Mufti of Egypt, the highest authority in Sunni Islam. The same teaching is urged in Shia Islam:

“Islam says: kill all of the kafirs. Jihad stands for killing all kafirs,”

Killing kafirs is not an aberration. It is basic Islam. Some 61% of the Koran concerns kafirs, and how they are unclean, and are to be hated and killed. The Koran, all of it, forms part of Islamic law.

Those who have looked into Islam’s teachings are well familiar with this unmistakeable element. Alas, and most reprehensibly, such people do not include past prime ministers, government spokesmen, politicians (except Lord Pearson and a very few others), judges, senior lawyers, and many others in authority. The London Bridge killings are pure Islam, like previous jihad attacks, from London 7/7 to the Manchester Concert in the UK, and from 9/11 to Pearl Harbor and Pensacola in the USA.

So many leaders need to start on their own Learning Curve.