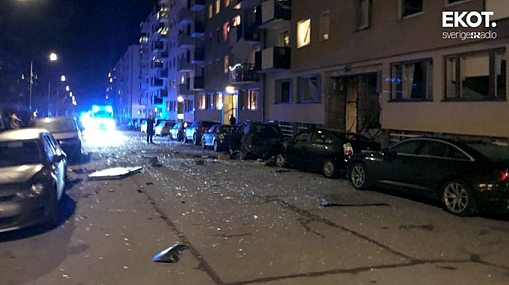 There’s been yet another explosion in Sweden, and this one was massive. It took place in the wee hours of this morning in Östermalm, a district of Stockholm. I’m told that the neighborhood is not culturally enriched, and is quite affluent.

Many thanks to FouseSquawk for translating this terse report from the Stockholm police:

A detonation has taken place in an apartment building. There is property damage as well as to vehicles near the property.

Police, fire and medical services are on site. The fencing school has been opened for evacuation of the residence as well as for people in need of crisis support.

Police technicians and the national bomb unit are en route to the scene. A preliminary investigation of a general harmful destruction has been initiated.

And this update from the translator:

It seems there were no serious injuries, but police say it is one of the biggest explosions they have experienced. They also say there is no known connection to another bombing outside an Uppsala nightclub that evening. (No injuries reported.)