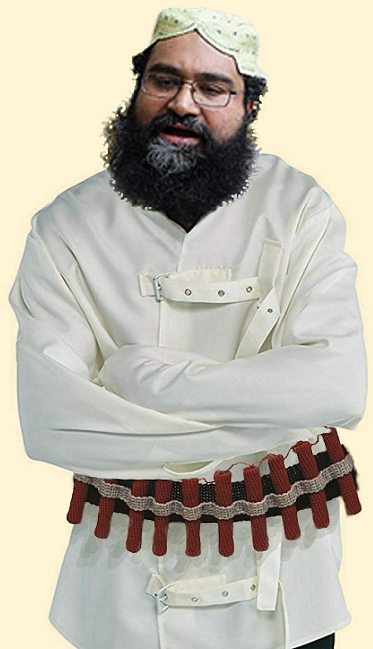 The urge to create the above image was prompted by the latest of uncountably many incidents in which a Muslim perpetrator of an atrocity was identified as having mental problems. In this particular case, it was a Tunisian man in Sweden who was described as having “psychological problems” after he stabbed an elderly Jewish woman and then fled the country.

The general rule seems to be this: If (1) there is a single perpetrator acting alone, and (2) his victims are unrelated to him and not among his acquaintances, then he has “psychological problems”. The incidence of the application of this rule by the media seems to be approaching 100%. When was the last time you read a news report about a “lone wolf” mujahid where he was not described as “having a history of psychological problems”, or words to that effect?

Contrast this practice with the immediate and routine description (often without evidence) of any white non-Muslim who commits an atrocity as a “racist”, a “Trump supporter”, a “white supremacist”, a “right-wing extremist”, etc. In other words, the motive for the deed is always described in ideological terms. But if the perpetrator is Muslim, the initially assigned motive is never ideological — as if adherence to Islam were not in fact evidence of adherence to an extreme political ideology.

Mind you, that doesn’t make the description wrong. Devout adherence to Islam is quite clearly a form of mental illness. Either people with mental problems are drawn to Islam, or being exposed to Islamic doctrine induces mental illness. Or both.

(Feel free to use the graphic for meme pics.)