Sweden as a society is currently run by women, specifically feminist women. The prime minister is male, and numerous members of parliament are males, but important cabinet posts and administrative positions in the bureaucracy are filled by women. Female social workers. Female police chiefs. Female directors of enterprises, both public and private. And the ideology that animates public service and cultural institutions is avowedly feminist.

It is this feminist, feminized ideology that requires Swedes to welcome immigrants and celebrate them. Sweden has no legitimate culture of its own, so Swedes must embrace the multiculturalism that immigrants bring. Even if those culture-enrichers abuse, mutilate, brutalize, rape, and murder women and girls.

By 2050 — in less than thirty years — Sweden will no longer be run by feminists, because there won’t be enough of them left. Oh, there will be plenty of women, but the majority of them will be the property of patriarchal polygamous men who have been welcomed in from the Third World to enrich Swedish culture. 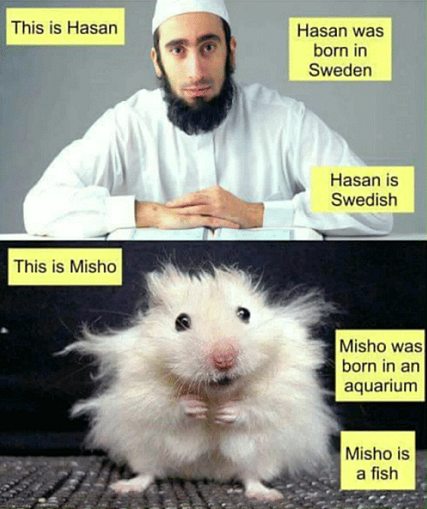 Unless there is a general societal collapse in the interim, Sweden in 2050 will be governed by patriarchal polygamous men under some form of sharia law. I don’t know what will become of the feminists under those circumstances. Perhaps they’ll become the obedient veiled third or fourth wives of the dominant males.

The following documentary discusses the anti-feminist consequences that Sweden’s gynocracy has brought down upon the country through its love affair with Third World immigrants. The video is in both Swedish and English, with the Swedish portions subtitled in English.

16 thoughts on “The Death Knell of Sweden”