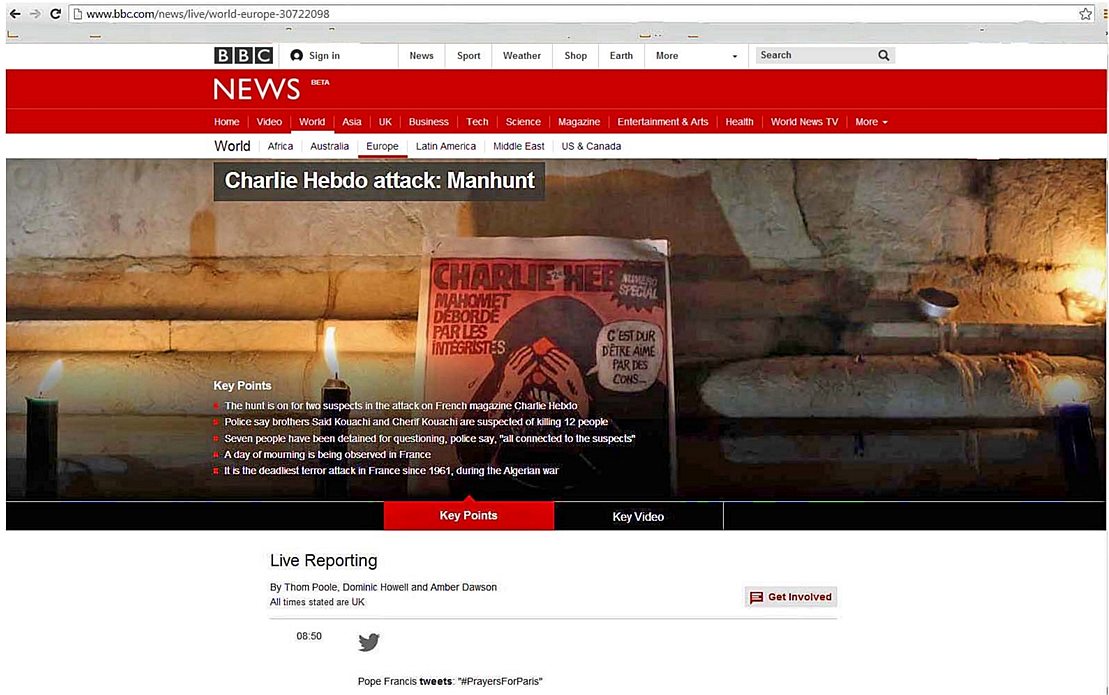 The BBC’s The Battle for British Islam on Panorama could justifiably be re-titled “The Waffle about British Islam”.

The able broadcaster John Ware fronts the investigation. He asks at the beginning,

“Why is it that some Muslims feel justified in killing their fellow citizens in the name of Islam?”

He could have provided the answer straight away from the Manual of Islamic Law, Reliance of the Traveller. This is available as both a book and a free download: anyone online can consult it. It lists, under “Acts that entail leaving Islam” (o8.7), “to revile Allah or his messenger’ (o8.7(4)). The penalty is death. The penalty can be carried out, vigilante style, by anyone without blame or legal consequence “since it is killing someone who deserves to die” (o8.4).

There you have it: in Islamic law any Muslim is authorised to kill without penalty someone (or twelve someones) who reviles Allah or his messenger. It is not that “some Muslims feel justified in killing their fellow citizens in the name of Islam”. It is that all Muslims are entitled to do so under Islamic law. The opening sequence even includes a subtitled recording of a French voice on the telephone (maybe one of the perpetrators: it was not explained) that said exactly that: “If someone offends the Prophet no problem, we can kill him” [it was one of the killers]. The opportunity to use that to explain the Sharia law penalty was missed.

Thereafter the programme could have examined how foreign law, such as Islamic law, which has never been ratified or passed by Parliament, has no standing in Britain or France. It is a simple matter of rules on how we are governed, that is to say, constitutional law. But no, the programme sets forth on a long quest involving terms such as “British Islam”, and “extreme but non-violent ideology” that are not defined.

“An extreme but non-violent ideology helps push Muslims into the arms of violent extremists.”

It is at this point that viewers can begin to wonder whether the documentary-makers had been constricted by rigid “sensitivity” parameters imposed by the Islam-compromised BBC to control the words used and to steer the discussion into abstract “violent extremism”, being sure to emphasise “version”, “interpretation”, and so on. It seems so. 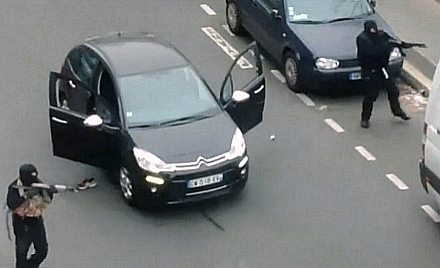 Nowhere does the discussion mention jihad, “warfare to establish the religion” (Manual o9.0). This is odd, as a planned armed attack resulting in twelve killings, and another planned armed attack resulting in five further killings, both qualify as acts of war. These events were not armed robberies: the shooters were not ex-employees with a grudge, or jilted lovers, or insane. The attacks were one system of laws being asserted by force over another in hostile acts of armed supremacism — war. Two of the shooters explained their motivation, loudly proclaiming “We have avenged the prophet”, but this was not mentioned. These were acts of jihad, but viewers were not told that. Had Mr. Ware looked, Jihad is explained in the Manual of Islamic Law.

“Extremism remains a word which is abstract in terms of its definition.”

And so it goes on.

John Ware is careful to employ terms such as “an interpretation of Islam” or “their version of the Sharia”. He is not an Islamic scholar, so will be following guidance given to him. These terms obligingly nourish the impression (desired by Islamic misleaders) that there are many differing “interpretations”. Yet is this really so here? What other “interpretations” are there of “killing someone who deserves to die”? Kill means kill. This narrative is fed to the West by Islamic spokesmen as a deliberate red herring to mislead non-Muslims, the “filthy kuffar”. Islam authorizes Muslims to employ deception: it has a name, “taqiyya”. This is Islamic wool-pulling. Once again, kill means kill, stone means stone, cut off means cut off. It is not that difficult.

Panorama’s standpoint is expressed by John Ware when he cites:

“An interpretation of Islam which seems unable to co-exist with core Western values”.

The subtext of the documentary is the “them and us” division. Yet if Mr. Ware had done some homework (such as by consulting www.TheReligionOfPeace.com) he would have found that Islam makes a point of not co-existing on equal terms with any other system of laws. Non-Muslims in Islamic states live as second-class citizens, with fewer rights, and have to pay a special tax, the “jizya”. “Islam is Sharia, and Sharia is Islam,” helpfully explains Fouad Belkacem, Abu Imran, of Sharia4Belgium. The European Court has ruled that “Sharia is incompatible with the fundamental principles of democracy.” This means Islam is incompatible with the West. It is as simple as that. Islam imposes its own unchangeable “them and us”, with Islam being supreme. “Islam will dominate”, say the placards.

Another ploy of the Islamic supremacist take-over movement, the Stealth Jihad, is to tie up the “kafir” management time with fine-sounding abstractions that attract a lot of discussion but lead nowhere. This is expressed by John Ware when he says:

“The battle for a recognizably British interpretation of Islam, disentangled from the violent schisms of the Islamic world, is now under way.”

The “violent schisms of the Islamic world” are not explained: the listener has to take John Ware’s word. The “battle” now under way offers, of course, endless mileage but, intentionally, leads nowhere.

Another shortcoming in the documentary is in its title, “The Battle for British Islam”. There is an unexplained, and not immediately obvious, ambiguity in the title. Does “British Islam” mean “Islam in Britain”, or (more likely in view of the above) “A British Version of Islam”. A “British Interpretation” or a “British Version” of Islam is a red herring. Islam’s laws are not flexible: they are specifically announced as unchangeable. “These terms are ugly and offensive. There is no moderate Islam or immoderate Islam. Islam is Islam and that is that,” said Recep Tayyip Erdogan, now President of Turkey. Taqiyya artists will dangle the prospect of a Nice Peaceful British Islam before the unsuspecting kuffar, affording endless prospects for waffle, but the animal is dead in the water. There is not one, and Islam’s rules do not permit one. Islam is not defined by “what the vast majority of Muslims in Britain feel”: Islam is defined by its source texts.

The documentary appropriately takes a very current concern, arising from two attacks of multiple killing, but misses the opportunity to shed much-needed light on Islamic law, Islamic supremacism, and Islam’s inflexibility. This seems to be the result of inferred BBC restrictions on subject matter and terminology. The BBC is a nest of dire political correctness, imposing restrictions on speech. The public, who pay for it, are not only left not much the wiser, but are actively being misled.

The documentaries that the BBC produces are commissioned from self-employed contractors. If a contractor were to stray from restrictions placed upon the broadcast, this would adversely affect future contracts.

“The Battle for British Islam” was broadcast on 15 January, 2015. It is no longer available on the BBC ‘s website.

6 thoughts on “The BBC’s Useless Waffle About “British Islam””