If you appreciate this essay by Fjordman, please consider making a donation to him. See the instructions at the bottom of this post.

One concept that has become influential in American society is the notion of “white privilege.” This is the idea that Europeans and people of European origins overseas enjoy special privileges due to their skin color and ethnic background. The related concept of “whiteness studies” is now also widely established in American universities. African studies celebrate Africans and Asian studies celebrate Asians. Yet whiteness studies have a generally negative focus on Europeans, their cultural identities, history and achievements.

Because the USA has been the dominant economic and cultural power in the Western world since the Second World War, ideas such as “white privilege” and “whiteness studies” are also exported to Europe. The notion of “white privilege” is already questionable in North America, where Europeans do not constitute the native population. The concept becomes entirely meaningless in Europe, where Europeans are the natives.

The ongoing mass immigration to Europe is sometimes portrayed as a “payback for colonialism.” It is true that some European nations such as Portugal, Spain, France, Britain and to a certain extent the Netherlands had colonial empires in the past. However, Algerians and other Africans were considered justified in expelling French people from their soil. If so, why should the French accept being colonized by Algerians or other Africans today?

The British did rule the entire Indian subcontinent. However, they were never very numerous there during colonial times. They did not displace the natives in their major cities. In contrast, the white natives already are a minority in many urban areas throughout Western Europe today. It is increasingly difficult to find an ethnic English person in parts of London, or a native Frenchman in parts of Paris.

Moreover, the British, French and other Europeans also built hospitals, railways and infrastructure in the areas they ruled. The population explosion in the global South is partly due to European science and technology.

Contrast this with the behavior of far too many of the recent immigrants to Europe. Muslims, many of them from Pakistan and Bangladesh, are currently engaged in sexual abuse, gang rapes and torture of native white girls in cities across Britain. This did not happen in South Asia when the British ruled there. British authorities knew about these crimes for years, but covered them up because they were scared of being called racists. Do white girls who are drugged and raped by Muslims in Britain enjoy white privilege? Does Tommy Robinson enjoy “white privilege” for being jailed while protesting the literal and metaphorical rape of his people?

Smaller countries such as Norway and Finland gained their national independence in the early twentieth century. At this point, neither of them held any colonies. Yet today there are Muslims from Bangladesh, Syria and Afghanistan living in Finland. Norway has sizeable and growing communities of Pakistanis and Somalis, even though Norwegians have never ruled Pakistan or Somalia throughout all of history. Oslo is the capital city of a small country straddling the Arctic Circle. Yet there may well be more ethnic groups living in Oslo today than there are member states in the United Nations (UN).

Like many other European countries, Norway has essentially become a hyper-colony for the entire planet. This mass immigration also costs a lot of money through welfare payments. The white natives are thus forced to fund their own colonization and are expected to applaud their national destruction. What kind of privilege is that?

The greatest crime in our era is the ongoing, organized destruction of unique cultures across the entire European continent. This crime is being supported every day by national authorities, the mass media, the EU and the UN. 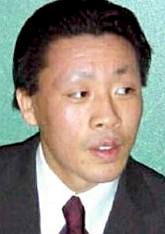 On November 4, 2019, the writer and activist Tobias Hübinette announced on his website and on Twitter that he had been granted 3.9 million Swedish kroner from the Swedish Research Council to conduct research into “Swedish attitudes towards and relations to matters of race and racism.”[1] With the currency rates of November 2019, this sum was roughly equivalent to 366 thousand euros or 406 thousand US dollars.

The Swedish Research Council (Vetenskapsrådet) is a government agency within the Ministry of Education and Research. It is the largest public funding body for research at Swedish universities and higher education institutions.[2] Which means that this is funded by Swedish taxpayers.

This announcement attracted the attention of Swedish alternative news websites such as Fria Tider and Samhällsnytt. Hübinette has a long track record as a violent activist on the extreme political Left. He has been sentenced for violence multiple times. Some of this violence appears to be political or motivated by racial hatred. He has openly bragged about physically assaulting white people in Sweden, children as well as elderly people.[3] None of this has prevented him from working as an academic researcher in Sweden for many years.

Expo is a powerful, aggressive and partly state-funded Swedish anti-racist magazine. It was started in 1995 by the Marxist activist Stieg Larsson, who later became a bestselling author of crime fiction. However, Tobias Hübinette also claims to be one of the original co-founders of Expo. On his official CV as available in November 2019, he states that he worked as the head of research at Expo between 1995 and 1997.[4] Hübinette was born in South Korea, but was adopted at a young age and grew up in Sweden. He has compared international adoptions to the transatlantic slave trade. In 1996 he wrote this:

“To feel and even think that the white race is inferior in every conceivable way is natural with regards to its history and current actions. Let the Western countries of the white race perish in blood and suffering. Long live the multicultural, racially mixed and classless ecological society! Long live anarchy!”[5]

Hübinette himself claims to have worked for Expo until at least 1997. In other words, he continued doing research for this “anti-racist” organization after having publicly advocated the extermination of the white race and the violent destruction of an entire civilization.[6]

Can anybody imagine a white man living in South Korea, who has a track record of physically assaulting Koreans and wants them to “perish in blood and suffering,” getting a grant funded by Korean taxpayers to study Korean racism? It is unthinkable. Yet an Asian-born man can get away with this in Western Europe today.

At the same time that Hübinette is studying “Swedish racism,” Sweden is experiencing bombings or gang shootings almost every week. Swedes are being subjected to increasing verbal harassment and physical abuse in their own cities. As late as in the 1960s and 70s, Sweden was still rather ethnically homogeneous. Now, native Swedes are projected to become a minority in their own country before 2040 or 2050.

If present trends continue, the French, the Swedes and other European nations could indeed perish in blood and suffering in the coming century, just as Tobias Hübinette wants them to do. Claims that they enjoy “white privilege” for this are not just wrong. They are sick and evil.

Readers who appreciate Fjordman’s writings and want to give a donation can send it to this bank account:

12 thoughts on “What White Privilege?”