Campaign pays off: Sex offender allowed to stay in Sweden

Swedish feminists and left-wing activists are celebrating. Their intensive six-month campaign for the right of an Afghani immigrant and convicted sex offender to remain in Sweden has been successful. The immigration authorities have finally caved in to their demands, lifted his deportation order and granted him the right to remain in the country.

Arif Moradi arrived in Sweden in 2014, eighteen years old and claiming to be an “unaccompanied minor”. He quickly rose to prominence. He became an activist and spokesman for the campaign organization “Afghani Unaccompanied Minors” and was soon a darling of the Left. In his capacity as spokesman he traveled around Sweden giving talks in schools about the situation of “unaccompanied minors”, and was the subject of glowing newspaper articles. He even had a meeting with Swedish Prime Minister Stefan Löfven.

In November 2016 the now twenty-year-old Moradi attended a confirmation camp for young Swedish teens as a coach and, amazingly, he was appointed to share a cabin with three young girls, two aged fourteen and one aged eighteen. Arif Moradi was a man of character, a high-profile activist who campaigned for the rights of migrants and had met the Prime Minister. What could possibly go wrong? 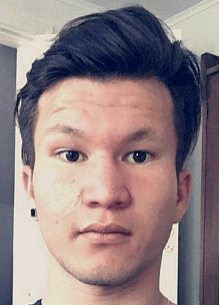 What did go wrong was that one evening in the shared cabin Moradi sexually assaulted one of the 14-year-old girls; he held her down and intimately groped her. The girl says she was terrified and asked him to stop, but the attack continued. After a while the girl managed to break free and ran to a bathroom, locked herself in and frantically texted a friend, asking her to get help. The two girls immediately went to the camp leaders and reported what had happened, but they got no support. The camp leaders’ first priority was to cover up the incident and no action was taken. They did not even inform the girls’ parents about what had happened to their daughter, and it wasn’t until later the following day when their distraught daughter telephoned them that they got to know of the assault.

The girl’s parents immediately reported the incident to the police, and Moradi was arrested and charged with a sexual offense against a minor. He was convicted in the subsequent trial, given a suspended sentence and fined 1500 Kronor. The verdict was passed on to the migration authorities, and they decided he should be held in custody awaiting deportation.

Left-wing and feminist activists were outraged at the decision to deport the Afghani migrants’ rights activist and sex offender, and immediately sprang to his defense, demanding the deportation order be rescinded. Twitter and Facebook were flooded with messages of support for him, many from women expressing their affection along with hearts and other emojis. Contempt was hurled at the court that had convicted the poor Afghan, and worst of all, at the girl who reported him and her family. One activist wrote of the girl’s family, “What goes around comes around, they will get their punishment.”

The girl’s mother says her daughter has read some of the comments about her and she feels very bad; she is having nightmares and is on anti-depressives and can only attend school half-time.

But the frenzy of support for the sex offender has now paid off. The migration authorities have given in to pressure and announced that the deportation order against Arif Moradi has been rescinded and he will be allowed to stay in Sweden. The left-wing and feminist activists who campaigned so long and hard for him can now uncork the champagne.

Who will be held responsible if the sex offender claims another victim is unclear.

35 thoughts on “Campaign Pays Off: Sex Offender Allowed to Stay in Sweden”