Below is the latest report from our Swedish correspondent Svenne Tvaerskaegg. 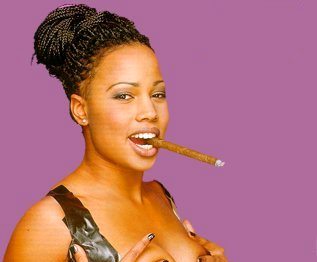 Sweden: a country without a history, ripe for the taking

The history of Sweden stretches back over thousands of years. From petroglyphs dated at 5000 BC, through the Vikings and all the way to modern times, Sweden has woven a rich thread of history and culture through the ages. During that time there have been many changes, but the biggest change of all is happening right now: the long history of Sweden is coming to an end. The Swedish parliament began the process when it unanimously voted to transform Sweden into a multicultural society and opened the floodgates to mass immigration, but the death blow was delivered by the Swedish government in 1998. In that year a government motion was passed which abolished Swedish history. According to Regeringens Proposition 1997/98:16, p23:

“A country’s history often works as a connecting link between people. Because a large group of people have their origins in another country the Swedish people do not have a common history. A sense of belonging in contemporary Sweden and affirmation of societies fundamental values therefore has greater importance for integration than a common historical origin”[1]

Since then the open denigration of Swedish history and culture and even denying such things exist have become fashionable amongst politicians, the media and trendy elites who want to signal their postmodern sophistication. Every major event and holiday in Sweden — Christmas, Easter and Midsummer — is greeted with mocking newspaper articles and television programs informing Swedes that these traditional celebrations aren’t Swedish at all but foreign imports, and the cultureless Swedes don’t really have anything they can call their own.[2] According to Fredrik Reinfeldt, the previous prime minister of Sweden “The original Swedish identity was just barbarism, and since then all progress has come from the outside”[3] The woman who was to become the leader of the opposition Social Democrat party, Mona Sahlin, proved her postmodern credentials when she said to a group of immigrants “I’ve often been asked, but I don’t know what Swedish culture is. I think what makes many Swedes so jealous of you immigrants is you have a culture, an identity, a history, something that binds you together. And what do we have? We have Midsummer’s Eve festivities and ridiculous things like that.”[4]

The present government of Sweden is working hard to prove Mona Sahlin right. The Swedish Minister of Culture and Democracy, Alice Bah Kuhnke[10], the daughter of an immigrant from Gambia, recently appointed the Pakistani immigrant Qaisar Mahmood as chief of Sweden’s Cultural Heritage Archive. Qaisar Mahmood has said he has never studied archeology or culture, something which is hardly necessary, since part of his new job is overseeing the destruction of Sweden’s historical and cultural heritage.[5] The soil of Sweden is full of Viking artifacts, and building projects have often provided a rich source of objects for museums, but now many of the unearthed Viking artifacts have another destination. In the new, modern and multicultural Sweden, Viking amulets, bracelets and other historical objects are not considered worth preserving, so they are sent to metal reclamation centers and melted down as scrap.[6]

Despite denying there are any such things as Swedish culture and traditions, Sweden’s postmodern elites have no problem at all declaring Ramadan a Swedish tradition.[7] But it is probably only a matter of time before Ramadan is an established tradition in the place that once was Sweden. In what might be considered a symbolic act, a mosque is to be built on the site of the Battle of Halmstad in 1676 where an invading Danish army was defeated and southern Sweden was saved from becoming a Danish province.[8] The Danes are no longer a danger to Sweden, but Swedes don’t seem to understand that a culture with a very strong sense of its own identity is rapidly growing in their midst, and represents a much greater threat to Sweden than Denmark ever did. This culture does not suffer from the same existential angst as the Swedes, and will happily take over when the self-doubting Swedes have lost the last vestiges of their own sense of identity. As if to herald the coming future of Sweden, the Muslim call to prayer will soon ring out across the town of Växjö, one more in the growing list of Swedish towns and cities where the Adhan is becoming part of daily life.[9]

37 thoughts on “Sweden: Ripe for the Taking”