Is an Islamic Reformation Possible?
by Fjordman

Hirsi Ali emphasizes Mecca Islam over Medina Islam, but it is not clear whether the two can be separated. The traditional view of abrogation further stipulates that the later, more violent and intolerant teachings of the Medina period cancel out the somewhat more tolerant Koranic verses of the Mecca period. Of course, that is if you believe traditional Islamic sources. An increasing number of serious historians question whether Mohammed as he is described in Islamic sources has ever existed at all.

Hirsi Ali stresses that Muslims must reform their view of the imperative to wage Jihad, or holy war. For Islam to become a true religion of peace, Muslims must reject the imposition of religion by the sword. That is certainly true. The concept of Jihad is unique to Islam among all of the world’s major religions. It is one of the things that make Islam uniquely aggressive and dangerous.

One of Ayaan Hirsi Ali’s challenges is that she still harbors some Leftist instincts. This sometimes causes her to make dubious parallels between Islam and other religions such as Judaism or Christianity. There are significant differences between the Bible and the Koran, and I say this as an agnostic who does not believe in any religion. Yet, at the very least, Hirsi Ali had the personal integrity to leave Islam. This makes her a more serious writer than Irshad Manji, who tries to create her own personal Gucci Islam.

Can Islam be reformed? As I suggested in one of my previous essays, if “ reformation “ is taken to mean a return to the supposed purity and golden age of the religion’s founder, then we may be witnessing an Islamic Reformation right now. It began with the Salafists and the Muslim Brotherhood, which then spawned al-Qaida and eventually the Islamic State of Iraq and Syria (ISIS).

The problem with many of those who state that we need an Islamic Reformation is that they have not always thought through or clearly defined exactly what they mean by a “reformation.” They sometimes make an analogy between Christian Europe 500 years ago and the Islamic world today, a comparison that is historically flawed and intellectually lazy. The religions involved are not the same. The societies are very different, and the global situation differs greatly as well. 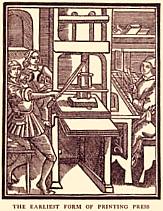 That being said, there is at least one parallel between Christian Europe in the sixteenth century and the Islamic world today that has some validity: Both societies are undergoing an information revolution. With the introduction of Gutenberg’s printing press in the 1450s, the number of books in circulation in the late fifteenth and early sixteenth centuries showed a massive increase. Martin Luther and those who followed him could spread their message much more effectively than reformists such as Jan Hus (John Huss) could do just a few generations earlier. The printing press helped facilitate the Christian or Protestant Reformation.

We have experienced a comparable information revolution in recent decades. This involves different media, from satellite TV to digital radio. However, the trend has accelerated after the introduction of the Internet as a mass medium.

There is an unfortunate tendency among some Westerners to view hard-line Muslims as “cavemen.” We think of videos showing Osama bin Laden in a cave. We forget that we can see such videos because they were filmed with modern camera equipment. We should not underestimate our enemy. The truth is that radical and militant Muslims have for years been quite good at using modern Western communications technology to spread their message.

Cassette tapes are now outdated. Yet in the 1960s and 70s, they were a cutting-edge technology. You could use them to make your own recordings, which you could not easily do with gramophone records (vinyl LPs). This helped create a micro-media revolution. It is worth recalling that in the 1970s cassette tapes were skillfully used to distribute sermons by the Ayatollah Khomeini throughout Iran. This helped Khomeini and his followers gain control over the country after the 1979 uprisings and establish an Islamic State there.

Some decades later Sunni Muslims have established their own Islamic State (ISIS). Once again, we can see that radical and militant Muslims can be quite skillful at employing modern tools of communication. Even more than al-Qaida before them, supporters of ISIS have been very active in using social networks such as Facebook and Twitter to get their message across. 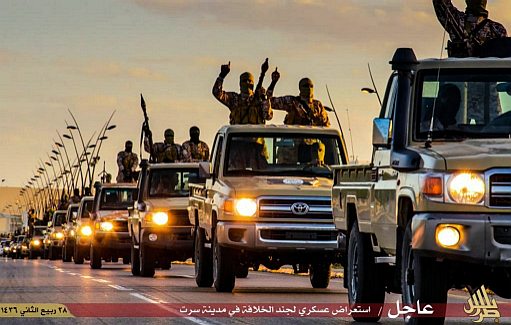 In their digital Jihad, the Islamic State target their professionally produced videos at specific audiences. They also benefit from an influx of foreign fighters who can spread propaganda in English, French, German and other languages. By March 2015, it was estimated that the Islamic State and its supporters produced as many as 90,000 Twitter posts and other social media responses every day. They are not cave dwellers, at least not technologically speaking. Their ethics is a very different matter.

I have seen Twitter accounts by supporters of the Islamic State quietly disappear. There is an ongoing effort by Western governments and intelligence agencies in cooperation with social networking companies such as Facebook and Twitter to close down accounts used to promote ISIS and Jihadist propaganda via the Internet. Despite these efforts, new such accounts keep popping up. This proves that the media outreach program of the Islamic State is quite active and has many enthusiastic supporters. All over the world, a disturbing number of Muslims support the Jihadist atrocities of ISIS not in spite of, but because of its extreme brutality. That includes many Muslims living in Western countries. From Sweden via Britain and Germany to France, students at Western schools travel to the Middle East to fight for the Islamic State. This shows that Jihadist digital propaganda can be effective and reach its intended target audience.

The equivalent of Martin Luther’s writings being distributed across Europe in the sixteenth century is a member of ISIS posting pictures of beheadings on Twitter or Facebook today. This comparison may be disturbing, but it is unfortunately quite plausible.

36 thoughts on “Is an Islamic Reformation Possible?”