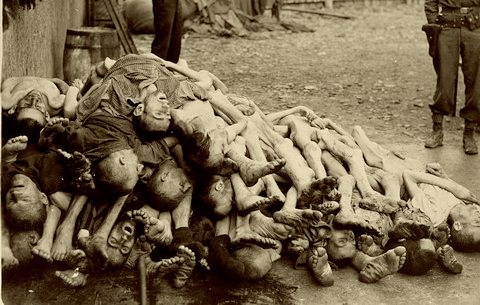 More than a year ago I wrote about something that had become increasingly obvious: both the Wuhan Coronavirus and the “vaccine” that ostensibly protected recipients from the disease were deliberately designed to cull the population of elderly citizens in the West and thereby delay the collapse of national welfare systems. I referred to this ghastly plan as “geronticide”.

Since then a year’s worth of additional data have rolled in, forcing me to extend my analysis. It seems that my focus was too narrow: the forces behind the culling (presumably the loose globalist oligarchy that we commonly refer to as the New World Order) will be satisfied with nothing less than a drastic reduction of the population across all age groups.

The vax is thus just one part of this multi-pronged effort to effectuate mass population reduction. Other prongs appear to be war (naturally), drastic energy and food shortages, widespread power blackouts, shortages of crucial life-saving medicines, and probably another “pandemic” of some sort.

Also, a radioactivity emergency originating in Ukraine remains a distinct possibility. A lot of vax deaths in Europe could then be disguised as deaths from radiation sickness. In fact, all of the various thanatogenic strategies can be used as cover for deaths caused by the mRNA shots. Multiple boosters will have weakened the immune systems of millions of Europeans, so that when the bitter cold and hunger set in this winter, many of them will succumb much sooner than they would have otherwise. And who’s to say the vax is a contributing cause? Disease and malnutrition are explanation enough.

For the later stages of the plan to work smoothly, the power grid will have to remain up at least part of the time, because citizens of the new order will need to recharge their handheld devices every day or so. That way they will be able update their social credit scores and find out whether they’ve accumulated enough CBDC to buy a few kilos of mealworms and some patches for their bicycle tires.

Boosters at least twice a year. Continuing wars. More diseases (whose symptoms will conveniently resemble those caused by vax damage). Mysterious new fatal syndromes, such as SADS, which will be blamed on the unvaxed or Donald Trump or whoever the new Emmanuel Goldstein is.

The population will gradually decline, but actuarial statistics will no longer be published. Meanwhile, the proles will be gaslighted with the looming disaster of “overpopulation”.

Furthermore, periodic mRNA injections will reduce fertility, so that those who survive the tender ministrations of the NWO will reproduce themselves at a far lower rate.

All the while the populace will be under constant surveillance through their handheld devices and “smart” everything — cars, appliances, street furniture, even clothes. Cash will have been abolished, and every facet of human activity will be monitored by AI on all electronic pathways. Under those conditions the survivors will be instructed to own nothing, and be happy. A boot stamping on a human face — forever.

That, I think, is the plan.

Whether or not it will succeed is anybody’s guess, but that seems to be the lofty ambition of our betters in the NWO.

Three years ago I would have thought such ideas were totally insane. But at this point something resembling what I outlined above seems to be the only explanation that fits all the data points, and Occam’s razor kicks in.

Why else would the powers that be deliberately destroy the world economy? The only reason I can think of is that they’re looking to reach the Georgia Guidestones target population in just a few short years.

(By the way — did you notice that the bombing of the Georgia Guidestones has disappeared down the memory hole? A couple of days after it happened the site was completely demolished, thereby destroying all forensic evidence — much like after the Cedar-Riverside Explosion — and the story simply disappeared from the media.

It made me surmise that the Powers That Be came to the conclusion that the Guidestones had drawn so much attention to what was about to take place that they had become a liability, and needed to be eliminated.

But then, that’s just me being paranoid.)

I really want to be wrong about this. I desperately hope that this scenario is just a figment of my insane imagination. I would love to see all the crises resolve themselves, leaving the Western world to resume its quest for universal social justice and non-binary equity.

Please, Lord, let me be wrong!