Our Dutch correspondent H. Numan reports on the latest sordid political scandal from The Netherlands. 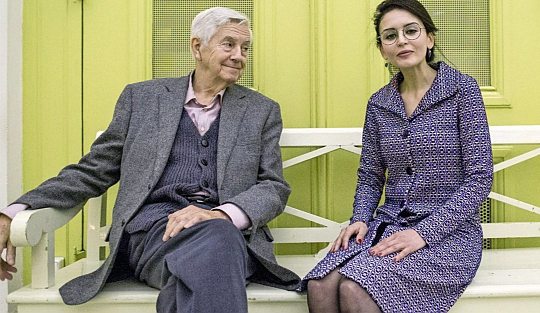 The VVD (Dutch Conservatives) is a criminal organization

We have had a bit of a ruckus going on for a fortnight straight. Two weeks ago the new cabinet was grilled by Parliament. We have a three star Michelin chef specialized in grilling: Geert Wilders. He wasn’t too happy with the presence of Ms. Soumaya Sahla in the VVD, and in Parliament. Of course everybody was mortified by his words. How dare he? The tone was not right. We don’t talk about things like that here. Geert introduced three non-confidence votes. All — of course — failed.

Who is this rose of the desert, Ms. Soumaya Sahla? She is a convicted terrorist. She was member of the mohammedan Hofstadgroep or Residence gang. This gang murdered Theo van Gogh. They planned to execute Geert Wilders, Ayaan Hirsi Ali and many others. The gang was tracked down and cornered in an apartment. The police had to lay siege and use heavy weapons to arrest them. Sahla was arrested and convicted of terrorism. She appealed her sentence and was given more jail time on appeal. That is highly unusual. Especially since we’re talking about a woman and a muslima. Dutch courts are invariably very woman- and muslim-friendly, after all. The court stated that her regret was insincere. So insincere that the court decided to give her a little extra. In all, she served 3.5 years in a maximum security prison.

Sahla can’t get a verklaring omtrend het gedrag, as she is a convicted criminal. Yet she was able to join the VVD. Not only that, she had a meteoric career in it. Her mentor was Frits Bolkestein, the former leader of the party. How was that possible? Well, let’s discreetly say young women have something randy old goats greatly desire. And this randy old goat had something Sahla greatly desired. The power to wave away nasty bureaucratic rules that benefit no one.

It gets even better. Sahla was even able to blow herself into the security and terrorism committee of the VVD, because of her patron. The big bad wolf blew the houses of straw and sticks. But Sahla blows a lot better! Joining a parliamentary security committee requires — if your mouth isn’t as versatile as that of our lovely desert rose — clearance by the AIVD, our version of the FBI. That’s an automatic process. However, Frits Bolkestein was powerful enough to get her that clearance. All this went on for years without problems. Until the parliamentary debate.

Geert Wilders complained loudly about it. He had to sit next to a convicted terrorist who had actually planned to kill him. What did the prime minister plan to do about that? Why was his security detail not informed? And more. Much more. It was kind of impossible for the prime minister to pretend he didn’t know about it, as the affair had been going on for years. Right under his nose. So his defense, and that of his coalition as well as his opposition cronies, was to vilify Wilders for the tone of his questioning.

You think that was all? Nope. The media knew all about it. They simply kept it out of the news. The media knew at least six months ago this affair was going to blow up. Yet they kept it under a cast iron lid. Until they couldn’t anymore, which was when Wilders asked his questions.

First the VVD tried to look the other way. Nothing to see folks, move along! Next, they erased Soumaya Sahla from their intelligence web page, without actually removing her from the intelligence committee. Sahla refused to resign. A few days later her mug shot was back online, but not for long. Under much pressure the VVD had to cave in and regretfully accept the resignation of Sahla. Who had to be carried out of the building kicking and screaming. Of course it has nothing to do with Wilders. It was because of undue media attention and a massive public outcry, what else?

Now we get to the cherry. This, I’m forecasting, is the beginning of the end of the VVD. You see, the VVD pretends to be a liberal party, but no longer is. It is every bit as left-leaning and progressive as the Labour party or GreenLeft. They just package it with different words. “Less immigration”, “law and order”, “earn your living” that sort of rhetoric is standard VVD talk. Marxism may be the leading ideology, but the face of the party was Frits Bolkestein. That face is now in tatters.

He is the laughingstock of the country. Five Dutch ISIS brides, together with their brood, were repatriated back to The Netherlands, to be trailed (and pampered) here. The Dutch now joke that they flew on Bolkestein Airways.

Bolkestein never was prime minister, but he was — and still is — the face of the VVD. He retired years ago, but is very much present in the media and in the party. He alone can say whatever he wants. On occasion, Bolkestein even went so far as to chastise Mark Rutte and suggest a coalition with the PVV of Geert Wilders. If anyone else had said it, he would have been ousted from the party the same day. There is a good reason for that.

Bolkestein has retired. He is no longer a threat to anyone, least of all Rutte. He can say whatever he wants; in the party nobody takes any notice of it. But the voters lap it up! Every time Bolkestein opened his mouth on TV, the VVD gained voters. People loved him. So let the old fool fool the other fools.

That mask has fallen from his face. The strict, stern and highly respected éminence grise proved to be a randy old goat. A drooling octogenarian. Not strict, unless Sahla is into dominance. Not stern, and no longer highly respected. Just a doddering old sod. The law and order party is no longer a law and order party. They lost their brand image completely. Frits Bolkestein will prove to be the Dutch Gerald Ratner. There is only one difference: Gerald Ratner blew up his company in less than 20 seconds. The demise of the VVD is a process that started years ago, and will run for much longer.

Nevertheless, it’s the end of Sahla (for the moment), Bolkestein (forever) and the VVD. Until Geert Wilders brought this affair to light, Frits Bolkestein compensated for every progressive maneuver in the VVD. “Yeah sure, this is not what we expect of a liberal party, but we got Bolkestein. He’ll put things right.” The people adored him, and forgave the VVD just about everything. Now he is ridiculed. The VVD just became another progressive party where any desert rose can screw rise to the top. Provided they have exotic skills. The VVD lost the little bit that was left of its credibility.

This is the third large party that has committed suicide. The first one was the Dutch Labour Party, PvdA. Their rhetoric was no longer credible. The leader walked around in smelly sweaters pretending to be a laborer. It took a while, but the electorate finally saw through it. The next party that blew its brains out was the Christian Democrat party CDA. After they dumped Pieter Omtzigt they barely register in the polls. Likewise, it took years before the end arrived. Now it’s the VVD that cheerfully jumps off the cliff.

9 thoughts on “The VVD is a Criminal Organization”