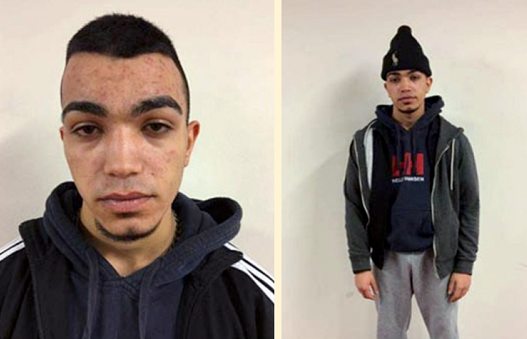 Below is yet another example supporting my assertion that Sweden is the world’s largest open-air lunatic asylum.

The young “Swede” featured in this article was convicted of kidnapping, torture, and rape. He was evidently not satisfied with just one “Ali” in his name; so he added a second one. Double Ali, like so many other culture-enrichers who arrived in Europe after 2015, discarded his ID papers, jumped in the wayback machine, and magically became 17 years old when he gained asylum in Modern Multicultural Sweden.

Double Ali was later convicted for the severe mistreatment of a young Swedish woman. His crimes are not in dispute; however, upon appeal, his clever lawyers convinced the court that he had been under 18 at the time he committed them, and was therefore still a child. Now Double Ali gets to cash in big time: not only has his conviction been overturned, but he is being awarded roughly $100,000 at the expense of the Swedish taxpayer for the months he was wrongly imprisoned.

Before this fortunate turn of events, the Swedish “justice” system had thrown the book at young Double Ali — he had been sentenced to a whopping 4.5 years in prison.

[Photo caption: A child: Damir Ali Ali, photographed here at arrest, receives 840,000 kronor from JK since the Supreme Court concluded that he was a — perhaps somewhat unshaved — child when the picture was taken.]

It will be the jackpot for the then-18-year-old Arab who, in 2018, was sentenced to 4.5 years in prison for together with his brother kidnapping, torturing, and gang-raping two young women in Malmö. Damir Ali Ali now receives 840,000 kronor in damages because he was sentenced for the crime despite being a child, TT reports.

One woman was kidnapped by the brothers and raped while being strangled.

A few weeks later, the brothers attacked another woman, who was kidnapped and taken to a cellar where they tortured and raped her at the point of a gun.

The younger of the two Arab brothers was sentenced by the appellate court to four and a half years in prison for among other things kidnapping, aggravated rape, theft, extortion, unlawful use and driving. The older brother received seven years in prison.

The younger Arab then applied for a review because he claimed that he was under 18 when the crime was committed. The question had already been tried by the appellate court with the same evidence, but the high court still granted the review and concluded in February 2020 that the man was not over 18 at the time of the crime.

Thus the man receives 840,000 kronor from the taxpayers since, according to the damages decision by JK*, he received an excessively “hard punishment for his age.”

The amount will go to the man, even though he would have been sentenced to a long custodial punishment even if he really was 17 years old. More specifically, JK believes that the man has been behind bars 14 months too long.

That the man actually committed the bestial kidnappings and torture-rapes has no relevance.

“She did not want to get pregnant by an ‘f***ing Muslim’, and told them to at least use a condom,’ states the district court’s account of what one of the women said when she realized what the brothers were going to do to her.”

It remains to be seen whether Sweden will charge the woman for insulting.