Today is the 387th anniversary of the taking of Christian slaves in a razzia by Muslim pirates at the Irish port of Baltimore in 1631. To commemorate the event Michael Copeland sends the following essay. 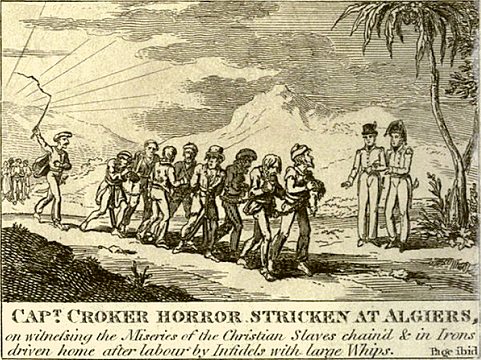 What Happened at Baltimore

It was nearly the longest day of the year, June 20th, when the menfolk of the English fishing settlement of Baltimore in south-west Ireland, set off for a full day out at sea. The year was 1631, the weather good.

When the men returned they were faced with a hideous and life-changing shock. The village was empty: wives and families gone. While they had been out fishing a marauding force of armed muslim Ottoman slavers from the Barbary coast of North Africa had landed, taken everyone as slaves, and sailed away. Some 108 English settlers, who worked a pilchard industry in the village, and many local Irish were taken. 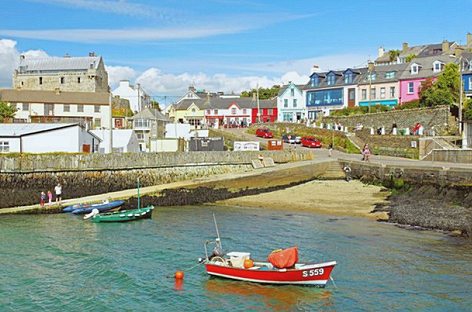 The muslims, Algerians and Turks, had not “misunderstood their religion”, or “perverted”, “twisted”, or “hi-jacked” it. Piracy is part of Islam. Slavery is part of Islam. They were doing what Islam authorises, taking the filthy kuffar by force as spoils of war, Islam being, as Al-Azhar University teaches, in “a permanent state of war” with non-muslims, the “unbelievers”. Sheikh Huwayni of Saudi Arabia makes this clear:

Muslims in the past conquered, invaded, and took over countries. This is agreed to by all scholars… there is no disagreement on this from any of them, from the smallest to the largest, on the issue of taking spoils and prisoners. The prisoners and spoils are distributed among the fighters, which includes men, women, children, wealth, and so on.

This doctrine accounts for why pantomime pirates are depicted in turbans and with scimitars. It is no coincidence, and no joke. They are based on the sea-borne muslim jihadis who plagued shipping in the Mediterranean, raided coastal Mediterranean villages, and ventured further north, attacking places such as Boscastle in Cornwall, making a slave base on Lundy Island, and even going as far as Iceland.

The ships of the young United States, lacking the protection of the British Navy, became subject to the depredations of these “Barbary Pirates” back in the 1780s and 1790s. The Barbary States declared war, the first war of the young USA. Ships were taken by force, their crews sold as slaves, or held for ransom. United States representatives John Adams and Thomas Jefferson enquired in London of the Ambassador of the Bey of Tunis why they were doing this.

“We took the liberty to make some enquiries concerning the ground of their pretensions to make war upon nations who had done them no injury, and observed that we considered all mankind as our friends who had done us no wrong, nor had given us any provocation.

“The Ambassador answered us that it was founded on the laws of their prophet [i.e. Mohammed]; that it was written in their Koran; that all nations who should not have acknowledged their authority were sinners; that it was their right and duty to make war upon them wherever they could be found, and to make slaves of all they could take as prisoners; and that every Mussulman [Muslim] who was slain in battle was sure to go to Paradise.”

The Barbary States made a deal. In exchange for a large annual tribute (of jizya, protection money), they would refrain from attacking. After a few years this sum crippled the USA’s budget. Thomas Jefferson decided to stop the payments, and sent the Marines in. They landed and took the city of Derna. A negotiation liberated the American prisoners, and no more tribute was paid.

There is nothing aberrant or un-Islamic about piracy. Mohammed raided desert caravans for booty, and his example is the “beautiful pattern” to follow.

Today muslims in Somalia are plaguing shipping off the coast there, taking crews and ships for ransom. This is all standard well-established Islam-approved activity.

That raid of 1631 devastated Baltimore. Some prisoners lived out their days as galley slaves, rowing for decades without ever setting foot on shore, while others spent long years in harem or as labourers. At most three of them ever saw Ireland again. One was ransomed almost at once and two others in 1646. In the aftermath of the raid, the remaining settlers moved to Skibbereen, and Baltimore was virtually deserted for generations.

1. Notes about Baltimore and Barbary slaves from Matt Bracken:

One interesting apocryphal story about the slave-taking at Baltimore is that according to some legends, a few of the Baltimore slaves were able to ransom themselves out decades later. Some Barbary slaves were able to share their free-market salaries with their owners, similar to Frederick Douglas in Baltimore, Maryland.

Barbary slaves typically had a heavy 20-foot chain riveted permanently to their ankles, which they could carry around town on their way to work, but that identified them as slaves and prevented them from running away. Often slaves chained thusly were permitted to walk to work at certain periods when the native inhabitants would keep an eye on them. Once at work, they might be locked again by their chain, or not. These hired-out slaves shared salaries with their owners and some bought their own freedom.

Anyway, according to legend, some ransomed slaves who made their way back to Ireland brought with them knowledge of jewelry making, including some now-typical Irish designs. Stranger things have happened. The story of English lad Tom Pellow and his rise to become a Moroccan general before escaping comes to mind. White Gold by Giles Milton is the best of a dozen or so book on the subject that I have read.

2: The graphic at the top of this post illustrates the 1815 report on slavery in Algeria by Captain Walter Croker of HMS Wizard. Extracts from Captain Croker’s report (University of Toronto Library):

“…the Algerines take the lead in predatory warfare and piracy…”

“And all this is endured from a banditti, whom an American expedition of half a dozen ships of war, has reduced into complete humiliation…”

“It is to be hoped that the forthcoming motion of Mr. Wilherforce will touch upon this subject of Shipwrecked Mariners as well as upon the piracies of Algiers and Tunis.”

See LibertyGB for other historical illustrations of the taking of Christian slaves by Muslims.

23 thoughts on “What Happened at Baltimore”