Before I get into the substance of tonight’s essay, I’d like to offer my deep gratitude to Nash Montana, who became a translation dynamo during the aftermath of events in Cologne and other cities. She translated three or four videos per day, and often an equal or greater number of articles. Thanks to her (and Vlad) the English-speaking world was able to get a well-rounded account of what was happening in Germany and Austria.

Just over a week ago the culture-enrichers of Cologne went out for a wild night on the town. It was Silvester night, what we call New Year’s Eve. These energetic young bloods gathered en masse at the Hauptbahnhof, the main train station of Cologne. They made a concerted effort to corner and isolate young women, who were then harassed, robbed, groped, molested, and raped.

The city authorities covered up what had happened for as long as they could. They didn’t want to acknowledge that young women had been molested under the eyes of their police, and they especially didn’t want to admit that most of the gropers were recently-arrived “refugees” from North Africa and the Middle East. It wasn’t until last Sunday that the news of what happened was splashed across the headlines in Germany and the rest of Europe. And it took several more days to learn that Stuttgart, Frankfurt, Hamburg, Dusseldorf, and other German cities had experienced the same sort of incidents on New Year’s Eve. Later we found out that the same thing occurred in Helsinki, Vienna, Salzburg, Zurich, Oslo, and Stockholm. I’m certain that we’ll eventually hear of incidents in other major European cities that have a significant “refugee” population.

In each city the modus operandi seemed to be the same: a large number of young men, often intoxicated and setting off fireworks, preying on young women in a coordinated fashion, as if the whole thing were planned and organized in advance. Which it may well have been — but in a distributed fashion, not with a central command structure.

Abu Bakr al-Baghdadi did not order his troops to carry out attacks. But he didn’t have to — this is Islam, and any good Muslim who has paid attention to what is preached in mosques and instructed in madrassas knows exactly what to do.

When a sheep accidentally falls into the Amazon, the piranhas don’t have a central command-and-control system, either. But they can strip the unfortunate animal to a skeleton in a matter of minutes in a coordinated fashion. All it takes is effective and uniform programming in each individual organism of the population.

The wave of “refugees” entering Europe in 2015 was an instance of the Islamic hijra, or migration, into infidel lands. It is one of the principal phases of jihad.

In their migration Muslims are following the example of Mohammed, who made hijra to Medina and forcibly established Islam there. When the number of Muslims in the new land increases sufficiently — by further migration, or by da’wa, proselytizing to convert infidels — then violent jihad can be launched, and the final conversion of the new territory will be complete.

Europe is experiencing the earliest stages of a major hijra operation. The behavior of the migrants is decentralized and lacks a command structure, but its uniform aim is to achieve an acknowledged purpose, and it is operating according to a well-defined plan.

And what is that plan? What was the Groping Jihad trying to achieve in the Cologne Hauptbahnhof that night?

The first motive was the obvious one: a bunch of sex-deprived testosterone-infused men were out on the town to have a bit of fun with the “uncovered meat” left lying around by the infidels. These culture-enrichers come from a society where women are property, and have no protected status unless their ownership (by a man) is clearly indicated. Uncovered, shamelessly dressed women with no owner accompanying them are considered prostitutes. Or simply objects for the satisfaction of whatever man happens upon them.

That was the clear, immediate, unambiguous motive for the molestation and rape of young Western women.

The second layer of purpose reveals itself in the way these young men formed into disciplined small groups and acted in a coordinated fashion, simultaneously in dozens of different cities: This was warfare.

The events of New Year’s Eve were jihad, war against the infidel.

And they were also a form of terrorism. Allah commands his followers to strike terror into the hearts of the unbelievers, and that is exactly what the Groping Jihad did. German women (and presumably many of the men) are now terrified of the Hosts of Mohammed.

The third layer of purpose is more subtle. To understand it, you have to understand Islam as an organism, as a hive mind that acts through many agents but with a single program.

This organism is now expanding into new territory, feeling its way as it goes, assessing the presence of the enemy and attempting to determine the strength and nature of his response to the incursion. One way to test the enemy’s mettle is to target his women.

In other words, Silvester night was a probe. Islam targeted the enemy’s most vulnerable and valuable property: its young women. The nature of the enemy’s response will inform the subsequent actions of the invading organism. 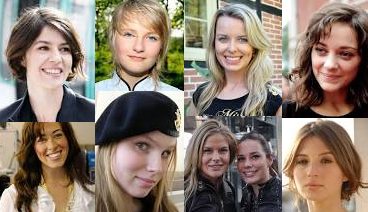 Based on the weak and vacillating response of the German authorities, we can expect another attack relatively soon from the muhajirun, the new migrants who have made hijra to Europe.

The next action will be stronger and more audacious. The jihad will take into account what it has learned from the feckless response in Cologne and elsewhere, and act accordingly.

Islam understands something that we Westerners seem to have forgotten: A society that refuses to defend its women will defend nothing.

Islam targeted European women because it views them as our most valuable property (with the possible exception of our nuclear weapons). If we won’t defend them, is there anything we will defend?

363 thoughts on “The Larger Motive Behind the Groping Jihad”