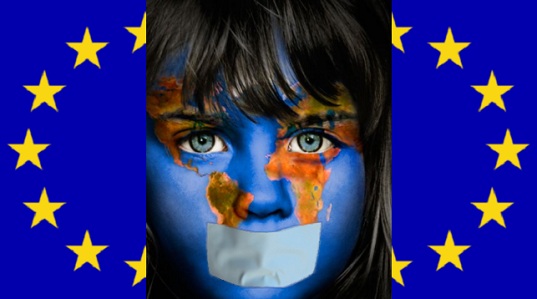 At the meeting of the World Economic Forum in Davos, EU Commissioner Věra Jourová urged, among other things, the demonetization of free and alternative media. The pretext: fighting “disinformation” and “hate speech”. Jourová sees the EU as an absolute pioneer and would like to impose insane laws against factual criticism and expressions of opinion on the USA and, ideally, the whole world.

Non-conformity to the narratives set by the ruling leaders (and the World Economic Forum) is undesirable. This has already been shown by the massive fight against alleged “conspiracy theories” (e.g. Covid-19, mRNA gene injection, WEF, Hunter Biden’s laptop and massive censorship by Facebook and Twitter) that have now turned out to be true.

In Germany, too, the mainstream media buckled in the face of vaccine manufacturers such as BioNTech, and changed their reporting at the interjection of Big Pharma. Above all, it was the alternative and free media that repeatedly pointed to critical insights, while the mainstream remained well-behaved and obedient to the government line. This could also be described as a total failure of the so-called “fourth estate”.

But this failure of the corporate and state media is to be rewarded by politicians by wanting to finally turn off the money supply (namely financing via advertising) to the free alternatives. It is true that most of the free media have no access to the perpetuum mobile of the mainstreamers, who have now established a conglomerate of media and advertising companies — Google’s “AdSense” also largely denies these services to critical media. If the EU Commissioner for “Values and Transparency”, Věra Jourová, has her way, not only should the United States adopt the EU rules for so-called “hate speech”, but similar measures against the alleged “disinformation” should also be enforced as far as possible worldwide.

“The European advertising industry […] has confirmed that it will not monetize or support those who spread disinformation,” Jourová proudly declared. And this despite the fact that the alleged “disinformation” of the alternative and free media has proven to be correct and true over and over again in recent times, while the mainstreamers were those who only followed the narratives of the elites repeatedly and became disinformation slingshots themselves. Censorship still takes place in Europe today, just enforced by other means. The fact that Jourová claimed at one point that truths that were unwelcome for politicians are not automatically disinformation can be understood as sheer mockery, especially in view of the past three years.

Incidentally, the fact that the EU Commissioner, in obvious megalomania, raises the EU’s seemingly totalitarian approach to the only true solution for the entire world, causes some head-shaking , especially in the USA. There the so-called “First Amendment”, which contradicts the creation of regulations against alleged “hate speech”, is often still taken very seriously:

“Congress shall make no law respecting an establishment of religion, or prohibiting the free exercise thereof; or abridging the freedom of speech, or of the press; or the right of the people peaceably to assemble, and to petition the Government for a redress of grievances.”

Isn’t this droll, as with the Nazis and Commies, the menstruating comrades stand out in particular. But as that may be, they start to feel threatened; they have noticed that people are waking up to their shenanigans and scams. Now they get active, they come out of their holes and show their true colours.

That’s good, because in the light everyone can see them for what they truly are, and everyone can get an idea where the train tracks lead, especially when the government is the only entity that will be allowed to have gas stoves and ovens.

After all, what we are seeing here is a completely normal characteristic of any dictatorial system. They hate criticism, no matter what form, and fight it draconically to the critics’ bitter end. And they care little for the graveyards of the innocent they scatter in their wake for their utopian “ideal” world. After all, those who presume to speak for the good of mankind are those who, more often than not, are wedded to EVIL.

There will be no easy solution. This will be an continuing fight, one that has been going on throughout the whole of humanity’s existence. Technically, it’s a fight between “good and evil” when it comes down to it. Just as in Tolkien’s “Middle Earth”, when Morgoth is being replaced by Sauron, one evil is simply usurped by another.

12 thoughts on “The Gagging of Dissent in the EU”