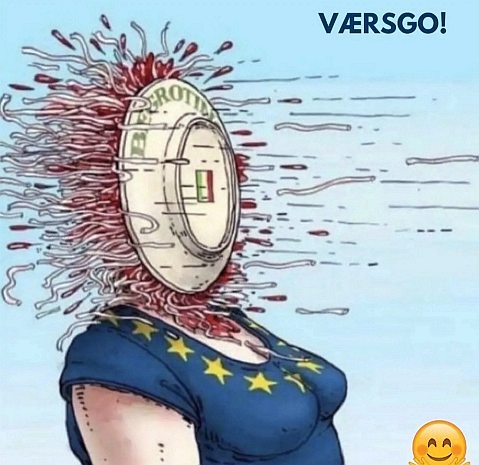 Below is an encomium written by a Dane to Giorgia Meloni, the next prime minister of Italy, whose recent electoral success has caused alarm in Brussels and all the other nests of Western globalists.

Many thanks to LN for translating this article from Snaphanen:

Giorgia Meloni is the winner of the election

I had been eagerly awaiting the results of the Italian elections. Would Meloni win to the delight of the Italian patriots, but to the great annoyance of Brussels, where Ursula von der Leyen has for some time threatened the Italian voters with sanctions if they voted — as they have now done?

Yesterday [Monday Sept. 26] morning Corriere della Sera published the final results for the three winning parties, which together received 44.06%, with 26.12% for the Fratelli d’Italia, 8.90% for the Lega and 8.27% for Forza Italia. This gave the centre-right coalition an absolute majority in both chambers. This is a victory not only for Italy, but also for all Europeans, who can hope for a return to a Europe of nations.

The leader of the Fratelli d’Italia (Brothers of Italy), Giorgia Meloni, will thus be in charge of forming the new government under President of the Republic Sergio Mattarella, writes Il Giornale. “La Meloni”, as Italians call her with the definite article in front of her name, is a beautiful gesture to a “lady”. Dear Italians… you make me smile.

The rise of Islam in Europe is the main theme of the Fratelli d’Italia national party and the new coalition that wants to fight mass immigration and the Islamisation of Europe. It is now a question of defending the family, Christian roots, Italian identity and the conservative values that the globalists prefer to ignore.

In a speech in Rome in 2019, Meloni’s message to Muslims was as follows:

“If you feel offended by the crucifix, don’t live in Italy. The world is big and full of Islamic countries where you will not find crosses, because Christians are persecuted and churches are razed in these countries… Europe must not be turned into a Muslim continent”. Her programme is also strongly inspired by the Frenchman Eric Zemmour.

Meloni speaks clearly, because there must be no compromise with Islam, and together with [Matteo] Salvini she proposes to close the ports to NGOs that want to land ships with immigrants on the Italian coast.

And if Brussels was once able to block Salvini’s path with the help of Merkel, Macron and Conte, that is not the case this time. Because the Italians have spoken and Meloni has won the election, so the mother of democracy, Ursula von der Leyen, can do nothing. Respect for the people must come first.

Hungary holds another example of a politician demanding respect for people’s right to be masters of their own house. So Meloni and [Hungarian Prime Minister Viktor] Orbán now stand as two top politicians fighting for the right of the European peoples, and waiting in the wings — perhaps in the near future — is the Frenchman Eric Zemmour to join them, if troubled France manages to get him elected before the country can be fully assimilated like ruined Sweden.

In the distance, the first wail from the globalist camp could be heard in the morning hours, rising in a crescendo to a scream. They had just got up and were on the news, and soon all the European television channels were expressing their anger at the brave Italians and Meloni, whom they saw as a parallel to Mussolini, and all the patriots of Europe as fascists and racists at that.

Oh, how we know their ‘song’, these followers who have buried the ability to see the danger they themselves are in, and who have them on a leash. What will be interesting, however, is what we can expect from this 45-year-old politician in coalition with the Lega and Forza Italia. 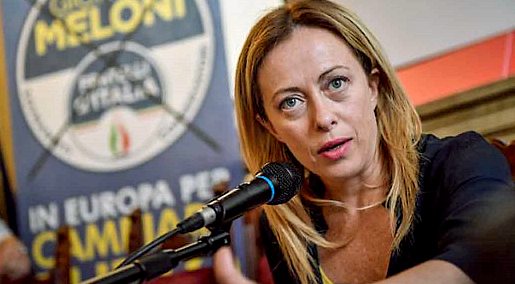 9 thoughts on “Giorgia on my Mind”