The following essay by Michael Copeland was originally published at LibertyGB, and has been updated by the author since then. 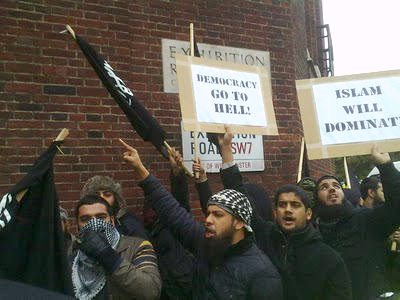 Islam is Incompatible With Democracy

“is incompatible with the fundamental principles of democracy”.

What is Sharia law? It is the body of rules which together define Islam. Fouad Belkacem, “Abu Imran” of Sharia4Belgium, helpfully explains:

“Sharia is Islam, to be clear: there is no difference between Islam and Sharia.”

Pause for a moment to take in the weighty import of these two statements. It is a serious one: Islam is incompatible with democracy. “Incompatible”, as we know, means “does not go together, will not mix, is at variance with”, and so on, as fox is to henhouse. The well-informed observant Muslim Anjem Choudary makes it clear:

“Democracy, liberalism, freedom, and so on need to be destroyed. … So be part of the project … of calling for the Sharia.”

What have Western leaders been doing giving room to a system that will not mix with Western freedoms, is at variance with domestic law and seeks to destroy it? It is a dire failure by them to uphold the constitution — our rules for how we are governed.

We in the West have grown accustomed to relying on the fundamental principles of democracy. Many of us who have never really thought it through erroneously assume that these are cast in concrete, and there is no need to be concerned about them or for them. This assumption is dangerously wrong. Democracy’s fundamental principles are not made of rock. Fought over, gathered together, discussed and agreed, they are written on paper in laws, and are expressed by being upheld. A wise lady wrote, “Love does not sit there like a stone. It has to be made anew, like bread.” Likewise, fundamental principles do not sit there like stones: they have to be upheld and defended.

Now a strange malaise has afflicted Western administrations. Curious to observe, some laws are not being upheld. In the UK the rights of peaceful assembly and freedom of expression were not upheld in Walthamstow in 2012 when the English Defence League’s demonstration, all properly arranged with the authorities beforehand, was left unprotected by the police who were present. The demonstrators’ rights were overridden. Further, and far more culpably, no action was taken against violent law-breakers — Muslims and Antifa — who threw missiles and prevented any speeches from being made.

Paul Weston perceptively and prophetically declared to the demonstrators. Watching it die were those paid to keep it in good order. They have failed. These are failures of government. Paul Weston afterwards delivered the epitaph:

“Our democratic right to hold a peaceful outdoor meeting was trampled on by Britain’s ruling totalitarian class. Freedom of Assembly and Freedom of Speech died in Walthamstow on September 1st 2012. This was the date that Britain officially became a Police State”. 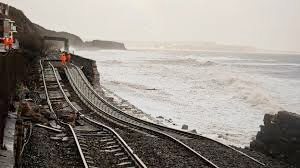 Laws are not optional, nor are they self-sustaining. When not upheld, they are eroded, like railway lines along the coast. This is how fundamental principles become compromised and lost. Rights are being thrown under the bus by the very law enforcement officers — on the ground and higher up — whose duty it is to defend and uphold them, and who draw salaries for doing so.

Without any legislation, without any democratic mandate, without the consent of the people, space is being given to law which is not part of our Western constitutions, a foreign law incompatible with the fundamental principles of democracy. Every citizen has the duty to uphold the law — domestic law, not foreign law. There can be no category of people that is exempt from obeying it. The presence of a tax-exempt class in France was the cause of the French Revolution. Equality before the law is one of the fundamental principles of democracy. Politicians, salaried by us taxpayers, owe a duty to uphold our law and not to inflict on us a system that is incompatible. Our politicians have failed. This is dereliction of duty. 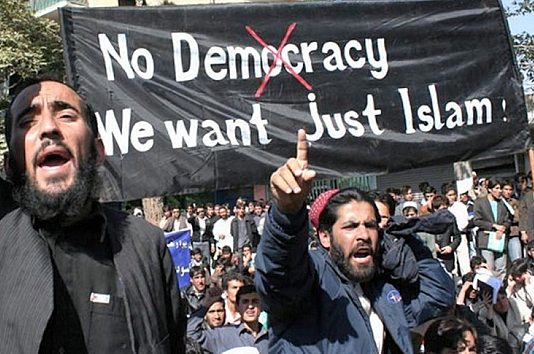 Here are some observations by others:

“Islam is a mortal threat to Christianity, to Judaism, to Humanity. Islam is incompatible with democracy and freedom.” — Geert Wilders, Dutch politician

“Any knowledgeable Muslim who takes his religion seriously will be inherently hostile to human rights, democracy, and enlightened societies.” — Handbook for Infidels

“Democracy is the opposite of Sharia and Islam.” Fouad Belkacem, Shariah4Belgium

“The jihad will lead to smashing Western civilization and replacing it with Islam which will dominate the world.” — Muhammad Mahdi Akef, leader of the Muslim Brotherhood 2004-10

The message is clear.

12 thoughts on “Islam is Incompatible With Democracy”