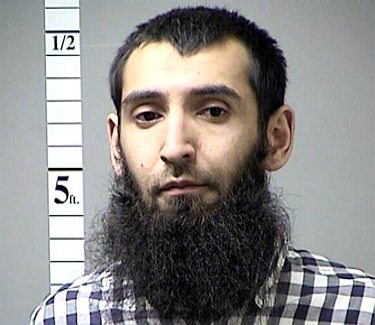 As mentioned in last night’s news feed, Sayfullo Habibullaevic Saipov, the Murdering Mujahid of Manhattan, was given residence in the United States through the Diversity Visa Lottery, a venerable mainstay of multicultural inclusion. Needless to say, that WAYCIST Donald Trump wants to put an end to the program.

Mark Steyn has written an excellent essay on the topic. His concluding paragraphs:

So now eight grieving families and dozens more who’ll be living with horrific injuries for the rest of their lives are told by Cuomo and De Blasio and the rest of the gutless political class behind their security details that there’s nothing to do except to get used to it.

I don’t want to get used to it — and I reiterate my minimum demand of western politicians that I last made after the London Bridge attacks: How many more corpses need to pile up on our streets before you guys decide to stop importing more of it?

If your congressman or senator says that’s not on his agenda, what he means is he’s willing to sacrifice you and your loved ones in the suicide lottery of diversity.

25 thoughts on “Winners and Losers in the Diversity Lottery”