My post from earlier today on the “Moderate Muslim” provoked more discussion than I expected. A commenter named Jeff wrote at length about Islamism, conspiracy theories about funding from Gulf States, and the damage that Gates of Vienna is doing.

He said: “But someone has to challenge these kinds of spurious claims, which can only have harmful effects.”

My response is below. 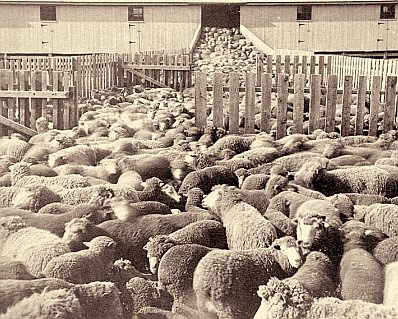 When I started out in this line of work, my position was much like yours. Whenever commenters said, “There are no ‘moderate’ Muslims,” I replied, “The jury’s still out — we don’t know that yet.”

That was at least twelve years ago. For the next few years I studied Islam intensively. And above all, I studied the statistical evidence — as Christ said, “By their fruits ye shall know them.” The statistical evidence says that “moderate” Muslims are few indeed. Repeated surveys demonstrate that a large minority of Muslims — and in some cases a majority — tell pollsters that they support what you call “Islamism”. That is, they believe violence and terrorism against the kuffar are justified.

I would never assert that there are no “moderate” Muslims. Zuhdi Jasser, for example, seems totally sincere, a decent fellow who wants his religion to be as peaceful and fulfilling as Christianity or Buddhism. But he is a very isolated case. The number of his followers — his co-religionists, that is; not the earnest non-Muslims who fervently hope that he represents the future of Islam — could sit comfortably in a Lincoln Town Car with plenty of room left over for luggage.

There is no evidence of any significant population of “moderate” Muslims anywhere in the world. Take, for example, the recent “Dozen-Muslim March Against Terror” in Germany, where only a couple of hundred people showed up — and the vast majority of those were native German Gutmenschen, and not Muslims.

There may be a fair number of Muslims who hold “moderate” opinions, who think that Islam should not be spread by the sword, contrary to its core scriptures. Who object to the killing of apostates — also required by its core scriptures. Who think that a woman’s legal testimony should carry more than half the weight of a man’s — despite the fact that all major schools of Islamic law, Sunni and Shi’ite, state that requirement plainly.

There may be Muslims who think like that, but they wisely keep quiet, because they know they can be killed if they ever state their views publicly. That’s how Islam prevents a “moderate” version of itself from every coming into existence — it kills anyone who pops up and proclaims it.

One final point: There is no such thing as “Islamism”. It doesn’t exist among Muslims. It is entirely a creation of Western analysts who hope that an “extremist” version of Islam can be identified, isolated, and eliminated. But that’s wishful thinking — Muslims themselves don’t recognize such distinctions. As Turkish President Recep Tayyip Erdogan said: “There is no moderate or immoderate Islam. Islam is Islam and that’s it.” He’s a devout Muslim himself, so he should know.

So those who seek to elevate the “moderates” and isolate the “Islamists” are pursuing a chimera. They have constructed an imaginary ideology out of fluff and gossamer. The thing simply doesn’t exist.

This is an awful, horrible conclusion to have reached. When the truth of it first sank in about ten years ago, for weeks I was filled with dread and depression at the thought of what must lie ahead: Yes, we are at war with a billion and a half people who want to kill us, enslave us, and abolish our culture. The 21st century may well outdo the 20th in fire and blood and slaughter.

But this is the sad truth of our times. There’s no point in entertaining pretty lies.

One more point: in your academic work, you presumably receive funding from endowed non-profit organizations, or universities, or something similar. If you ever came to the same conclusions that I have reached, you would lose your funding, because there are almost no academic institutions that will permit a point of view like mine.

I’m fortunate not to live under such constraints. We have no funding here except for the numerous small donations made by readers. I don’t have to gain the approval of a board of regents, or satisfy the directors of a think tank.

So when I write things like this, it is simply the conclusion that I have reached after years of diligent study and research.

It’s unfortunate that you are thus restricted in your exploration of ideas. I count myself fortunate to have total academic and literary freedom.

Jeff’s comment may be read in its entirety here.

54 thoughts on “On Islam, “Islamism”, and Academic Straitjackets”