Trojan Seahorses in Greece
by Fjordman

In Athens, the Thiseio metro station is situated close to the Temple of Hephaestus at the ancient Agora. When I visited it on several occasions, I saw immigrants urinating near the temple in broad daylight. The migrants who gathered in this area seemed to come from places such as Libya, Iraq, Afghanistan and Pakistan. I doubt all of them had entered legally.

Twenty-five centuries ago, Socrates lectured here. Today, Adbul Karim the illegal immigrant urinates here. This was in 2013. Things were about to get a lot worse.

Aristotle once founded biology as a scientific discipline while studying marine life on the beaches of Lesbos. More recently, Lesbos, Kos and other islands in the Aegean Sea have witnessed a flood wave of predominately Muslim immigrants entering uninvited.

The number of illegal immigrants coming to Europe was already significant in 2013. It continued growing in 2014 and exploded the following year. In 2015, more than a million people from the Islamic world and Africa forced their way into Europe, causing chaos from the Balkans to Germany. Most of the migrants were young and physically fit men of military age. Some of the hostile Muslims shouted “Allahu akbar!” while attacking the local police. Yet these aggressive intruders are still routinely labeled “refugees” by the Western mass media.

In the autumn of 2015, a single Greek island could receive thousands of boat migrants in a single day. I watched several drone videos during the peak of this influx. It looked like an invasion on a nearly industrial scale. It resembled D-Day on the beaches of Normandy in 1944, only without the tanks.

An invasion does not always require tanks or fighter jets.

Lesbos alone had to deal with tens of thousands of life jackets abandoned by the migrants.[1]

It would be tempting to call these culturally alien intruders Trojan seahorses, since many of them arrive in small boats or rubber dinghies. But perhaps that is unfair. Seahorses are gentle animals, after all. It is a documented fact that some of these Muslim asylum seekers were involved in serious crime and deadly terrorist attacks in Europe afterwards. 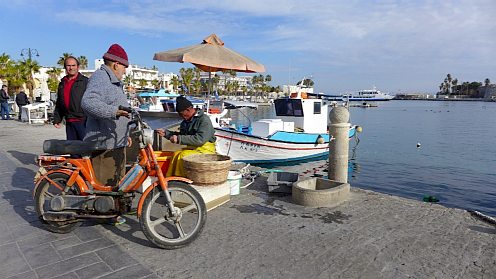 In December 2016 and January 2017, I spent some days on the islands of Kos and Rhodes. The town of Kos has a small but worthwhile archaeological museum, situated next to a mosque dating back to Ottoman times. Compared to world-class institutions in Athens such as the Acropolis Museum or the National Archaeological Museum, it was modest. Yet it contains a fine collection of statues and other ancient artifacts. It is testimony to the incredible richness of Greek art history that even local museums contain objects of such high quality. 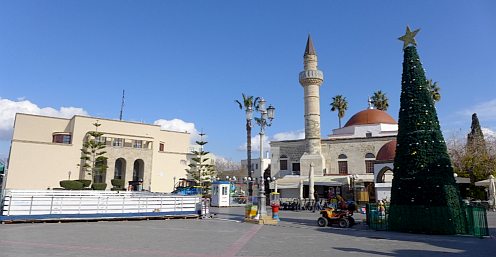 An Askleipion was a healing temple dedicated to Asklepios, the ancient Greek god of medicine. In addition to the ones in Thessaly and Epidaurus in mainland Greece, the Askleipion on Kos was among the greatest such establishments in the Greco-Roman world. Hippocrates of Kos, perhaps the most important Greek physician in Antiquity, probably received his medical training here. Galen, another prominent Greek physician, studied at the Askleipion at Pergamon on the west coast of Asia Minor.

The Staff of Asklepios, a serpent-entwined rod, is still used internationally as a symbol of medicine, healing and pharmacies. When visiting Kos around New Year’s, there were very few tourists on the island. I literally had the entire Askleipion all to myself. You can see from the ruins that it must have been a big and prominent temple a couple of thousand years ago. 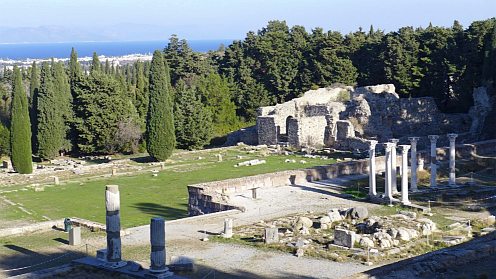 Fjordman, Kos #1: Asklepion of Kos, where Hippocrates once studied and worked

There is a statue of Hippocrates next to the modern harbor in Kos town. It is inscribed with the Hippocratic Oath for the ethical practice of medicine. “Do no harm,” the basic message of the Hippocratic Oath, remains a guiding principle for many modern physicians. 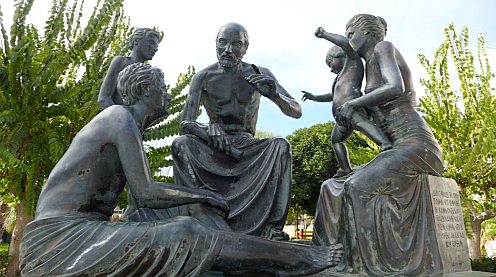 Fjordman, Kos #6: Statue of Hippocrates in the harbor of Kos town

For several days in a row I could see a small group of illegal immigrants sitting directly behind this statue. They were literally hiding in the shadow of Hippocrates. There was some symbolism to this. Muslims force their way into Europe, using European ethical ideals and humanism as a weapon to gain entry. The migrants I saw in January 2017 did not speak Arabic. Based on their looks, I would guess that some of them came from South Asia, perhaps from Pakistan or Bangladesh, while others may have come from Afghanistan or Central Asia. 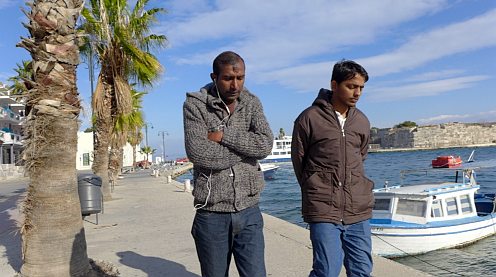 Kos is located very close to the west coast of Anatolia or Asia Minor, the country we now call Turkey. Using only the naked eye, I could clearly see individual houses in Turkey. You hardly need a motorized boat to travel this short distance. A kayak would be enough. In calm weather, an able swimmer might be able to swim from Turkey to Greece and the EU.

Several other Greek islands such as Samos, Lesbos and Chios are also situated close to the Turkish coastline. All of these islands have experienced major problems with illegal immigrants. Some of these problems still remain in 2017.

Turkey has been rocked by a series of deadly terror attacks in recent years. The number of foreign tourists visiting the country has fallen sharply because of this between 2014 and 2017.

The Islamic State (ISIS) is suspected to be behind several attacks on Turkish soil. This is somewhat ironic. Accusations have earlier been made that Turkish authorities quietly aided ISIS, as long as they were fighting the Kurds.[2] 2017 was just a couple of hours old when Turkey was hit by yet another bloody attack. This time, the target was a nightclub in Istanbul.[3]

For all its substantial social and economic problems, Greece is still a safer travel destination than neighboring Turkey. You will see more veiled Muslim women in Brussels, Berlin, Stockholm or Amsterdam, not to mention London or Paris, than you see in Rhodes or Kos.

Most of the migrants who arrive in Greek islands do not want to stay there. They want to get to countries in northwestern Europe with more generous welfare states. 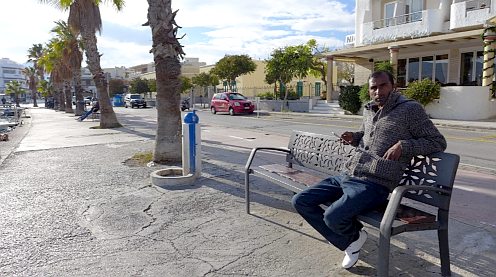 The number of migrants entering Greece from Turkey was sharply reduced in 2016 compared to 2015. However, some illegal immigrants continue to arrive in Greek islands. Boat migrants crossing the Mediterranean along the longer route, from North Africa to Italy, reached record levels in 2016.[4] Moreover, this temporary reduction in the flow of migrants into southeast Europe is entirely dependent upon the actions and policies of Turkish authorities.

The Turkish government and President Erdogan engage in open blackmail and demographic warfare against Europe. They have repeatedly stated that they want money and visa-free access to the EU for millions of Muslims in Turkey.[5] Otherwise, they will unleash the hordes from the Middle East again.

That is not the worst-case scenario. The worst-case scenario is that Turkey, an increasingly Islamic and unstable country, itself might descend into a full-blown civil war. Such an event would trigger even larger population movements towards Europe than we have seen so far.

Greeks have been at the receiving end of one of the longest campaigns of ethnic cleansing in human history. For nearly 1,400 years, Muslims have been wiping out communities of Greek-speaking Christians in the eastern Mediterranean. Greeks fought a long and bloody struggle to liberate themselves from centuries of brutal and oppressive Turkish rule.

Now, Multiculturalism, the EU and mass immigration bring Islam back. Greeks and other Europeans are expected to celebrate this. In 2017 Athens will get its first new mosque since Ottoman times.[6] This happens partly after pressure from the pro-Islamic policies of the EU.

By early 2017, the migrant situation in Greece was calmer than in 2015. Yet I sensed an underlying fear among some of the local Greeks that the troubles could restart again at any moment. The Islamic world and Africa have booming populations and dysfunctional societies.

Hundreds of millions of people in these overpopulated regions would potentially like to move to Europe. The apocalyptic scenes of 2015 may simply be a prelude to what is yet to come.

37 thoughts on “Trojan Seahorses in Greece”