Seneca III sends this brief note about the twilight of the British press, as expressed in its current online manifestation. 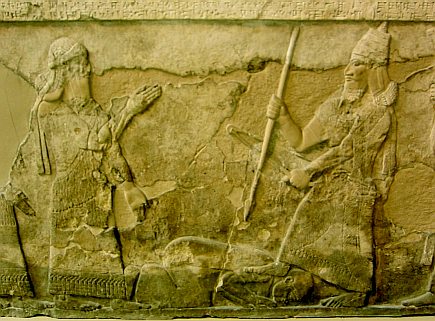 The Silence of the Dhimmis

Ahh! now this is interesting.

Yesterday (23/8/16) a comment came up on the (London) Times on Line following an article by Melanie Phillips entitled “Our weakness makes the Islamists stronger”, and it was receiving a very substantial number of approvals by the normal standards of that predominantly Metropolitan organ.

Inasmuch as I was one of the enthusiastic approvers I bookmarked it for further reference and also copied and pasted its contents to a Word file just in case, as I have long been aware of the nasty habits of the censorious Thought Police on that subscription news site with its interesting collection of ‘citizen moderators’, particularly when it comes to a subscriber speaking truth about the Religion of Death and Atrocity.

Nevertheless, with my usual morbid sense of fascination I came back to it for an update this morning and, Lo and Behold, I cannot find it (the comment, that is — the article is still there). Now why could that be? I ask.

Well, I will just leave it to you, dear GoVers, to draw your own conclusions and so here it is. Y’all have fun now :)…politely, of course.

Well explained, Melanie, particularly as you are writing within the constraints that these days are so firmly imposed upon freedom of speech and the public use of precise definitions.

So, if permitted, as way of explanation, I will try to clarify some aspects of the following paragraph which you quoted and which really is a classic example of destructive disinformation that perhaps is even being disseminated with malignant intent by the authors thereof. Repeatedly calling a horse an antelope does not make it an antelope no matter how determined the effort to make it so is:

“Its 2013 Task Force on Tackling Radicalisation and Extremism defined Islamist extremism as an ideology based on a “distorted” interpretation of Islam, which betrayed its “peaceful principles” and “should not be confused with traditional religious practice”.

Islam is a Theocratic political system based upon and sustained by the practice of slavery and submission, enforced whenever it can be by extreme violence and atrocity. Islam only demonstrates its ‘peaceful principles’ (the verses of) in the early stages of the occupation of a target culture or to protect itself when in a position of weakness. When it is in a position of ascendency and power, these early peaceful verses are doctrinally abrogated by the later ‘verses of war’, and the killing begins.

Hence there are just two precisely mandated applications of the Quranic rules and procedures for creating a global Islamic Caliphate, each according to the constraints or lack of at the time and place within which the Umma finds itself carrying out this divine obligation — that is the real meaning of “traditional religious practice”, and there are no “distorted interpretations of Islam” either, for each interpretation serves a specific purpose when necessity demands or opportunity arises.

Verbal circumlocutions notwithstanding, Islam is neither ‘Radical’ nor ‘Extreme, it is simply Islam being what Islam is and has been for over fourteen hundred years and consequently as the authors of the above paragraph simply do not appear to understand that reality they will never be able to generate an accurate analysis nor propose a viable solution.

And, finally, may I point out that history may not always repeat itself but if in this case it does then the West, to survive in anything resembling its traditional and present form by preserving its defining ethos, must stage re-runs of the likes of Tours, Malta, Lepanto and Vienna until Islam is sent scurrying back into the socio-evolutionary cul-de-sac from which it has once again exploded.

If it does not do so, ferociously and with absolute determination, the West is finished.

— Seneca III, for once really enjoying stuffing it to the deconstructionist drones of the MSM and their suicidal acolytes on this the 24th day of August in the year of our Lord 2016.

36 thoughts on “The Silence of the Dhimmis”