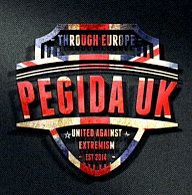 In the following video appeal, Paul Weston of PEGIDA UK gives an overview of the current crisis in Europe, in which the recent wave of “refugees” is just the latest and most ominous operation designed to complete the Islamization of Europe.

Mr. Weston is issuing an urgent appeal for Britons to attend the silent vigil that PEGIDA UK will hold in Birmingham on February 6. Anne Marie Waters will be there, as will Tommy Robinson — if he is not sent to jail on February 3, as seems increasingly likely.

12 thoughts on “Come to Birmingham With PEGIDA on 6 February”