In the following essay MC digs into the core of the current Gender Wars. 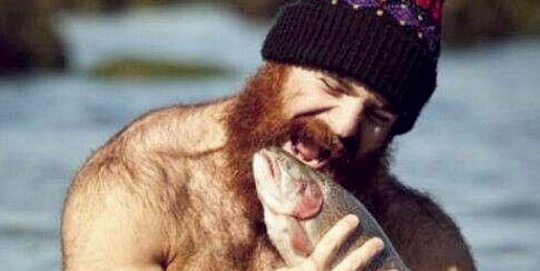 It is true that many men beat their female partners, but in the UK the statistics show that more women use violence against their spouses than do men. It is just that the men do more harm because they are bigger and stronger — yep, men are physically different; both in their minds and in their musculature and skeleton, let alone other physical differences.

In time of war, when home and hearth are threatened, then the fighting male is a hero, but what happened in the Pax Americana? Just how did the male become ‘toxic’?

I was born six years after the end of WW2. I was born into a world where men had duties and responsibilities, and in which all men (in the UK) served ‘National Service’ during which they were taught to fight, to be warriors. I fired my first rifle at age 10, a .303 SMLE re-barrelled to take .22 long. We were not allowed to handle the bayonet; that was considered too dangerous.

That I could hit the target at age 10 (but could not even properly lift the rifle unaided) was a huge joke to the Royal Marine instructor.

Later, at the grammar school I attended, we had Combined Cadet Force (CCF) and I got to shoot full clips of .303. In an earlier age I would have been trained as part of a Lewis or Vickers machine gun crew.

Also, in the boy scouts (sea scouts) we had regular interaction with the Royal Navy, which was old hat to me, being the son of a Naval Officer. I have a vivid memory of standing on the quarterdeck of HMS Vanguard, the last of the British battleships, looking up at the 15 inch guns, and my father threatening to send me to crawl up the gun barrel to polish it…

In the 1950s and 1960s men (and boys) had a part to play in society. It was accepted that in the end, we had to send our sons, husbands and fathers to war to defend the homeland if necessary, and that we young lads were the last line of defence.

So boys could be boys — because boys had to learn to be warriors and to be MEN!

Deep in the jungle where the mighty tiger lies
Bill and his elephants were taken by surprise
So Captain Marvel zapped him right between the eyes
All the children sing…
The children asked him if to kill was not a sin
”Not when he looked so fierce”, his mummy butted in
”If looks could kill it would have been us instead of him”
All the children sing…

The slow poison of opinion changed. Martial male pursuits became toxic, and with it came the feminisation of society. But not female as such, a much more a male-envy form of female.

Unique to the female is the giving of life, and of nurturing and feeding that life, but these female warriors were not interested in motherhood; their war was against male ‘privilege’. The Pax Americana meant that in the short term males were superfluous, and could be dumped like so much military surplus, and as for motherhood — how uncool!. To share your body with an embryo human, one that would need effort and treasure for twenty years or so.

Men tend to compartmentalize home/family and work. This is a sort of self preservation strategy that allows the male to become a provider as well as a warrior, one woos and wins one’s girl in a series of exercises that, although perfectly normal, are outside of the work and warrior requirement.

A boy used to receive this training from an early age; society provided male-only activities so that the boy could become independent of his mother’s skirts. The boy had to learn to make decisions for himself, to lead and to nurture those for whom he was responsible.

But in the name of ‘equality’ that training was distorted and excised, and girls invaded the male hallows to the extent that it became a crime to exclude girls.

The problem with girls is that they are girls. They are, on the whole very attractive, distractingly so, but in that very distraction, they are dangerous and thus disruptive.

The feminisation of the (British) Boy Scouts started slowly with a change of emphasis away from the militaristic — the uniform was changed; the beret (and 4-denter) were dropped; the emphasis moved to ‘social responsibility’ and ‘service’; no longer was it about trees and (feathered) birds and the nature around us, no longer about reading a trail or building a raft or monkey bridge.

I held a Scouts ‘Grade B sailing charge’ overnight this was dropped, and I had to requalify to pass the RYA certificate which cost hundreds of pounds that I just did not have.

There had been some accidents in the water and on land, and instead of accepting that ordure happens, these accidents provoked a witch hunt. Safety became a major factor, and leaders found themselves having to learn to do safety assessments, or else they could find themselves personally liable.

Unintended consequence: leaders left the movement in large numbers and troops disbanded because there was no adult supervision.

Then the movement was opened to girls. This changed the face of the whole of British scouting. If you put boys and girls together the boys lose their ability to ‘compartmentalize’, which was the whole object of the exercise in the first place.

M.M. Kaye put it very well in her novel about the Indian Mutiny in 1857:

Not approved by the feminazis…

I cannot help thinking that in a sinking ship, the feminists would be the first to yell “Women and children first!”, or given the modern penchant for murdering unborn babies, ME ME ME…

The net result of the feminisation of males is confusion, dysphoria, and a lack of understanding of a man’s role in a modern world where ‘father’ is a buffoon with no positive role, and the woman is just a recreational sex machine…

Yet if one looks at school shooters, they all have things in common: they are male, they take SSRIs, and have single female parents with no mature male input. It may well be that fatherhood still has a balancing role in society which we are losing fast.

It is tough to be straight in modern society. It is tough to start at the bottom and take responsibility for oneself, let alone a family. There is no sympathy for the guy who seeks independence by flipping burgers at the big M; welfare is so much easier.

Society disdains the heroes who flip burgers, but if I were an employer, I would seriously consider an ex-burger flipper who has learned to work in a team environment and who has taken responsibility for him/herself.

Worse still is the masculinisation of womanhood. Only females can have babies, and once babies were born, historically they were cared for and nurtured by ‘mothers’. One must ask oneself why the feminista are so hateful about motherhood?

Motherhood is the most important role in a civilized society, but a feminist cannot recognise this. She sees life through the dark lenses of jealousy and wannabe maleness. The male role is that of provider and defender of the family group, and just as men are not equipped to be mothers, so females are not equipped to be fathers.

The feminista get hold of the young females and brainwash them into thinking ‘equality’; this is stupidity masquerading as ‘science’. It is a religious cult that severely damages its victims for life.

A female is not a male, so ‘equality’ is not possible. One can achieve a kind of congruence, where females are entitled to separate ‘feminine’ structures within society, in much the same way as there would be separate masculine structures. But if a female wants to participate in a male structure, then she must be prepared to sacrifice the special case consideration that a female (and mother) merits.

Thus feminism as currently practised is a disastrous fallacy, putting at risk the entire ethic of ‘family’ and thus denying Yah’s commandment to go forth and fill the world. In Judeo-Christian terms it is a blasphemy. Wives are supposed to “obey” their husbands, and husbands must love (agapao) their wives. Agapao not phileo. Agapao is the love of a man for his god, and it is used in classic Greek to describe Theseus’ ‘love’ for Apollo. Loving (agapao) your wife thus transcends the other Greek forms (phileo, storge and eroticao).

We live in a world where the enemy does not care and has no morality. For him or her, the ends justify the means and they will not hesitate to use our goodwill as a weakness.

Feminism is a direct attack on the family, on mothers, on fathers, on daughters and on sons. The object is to use envy and malice to divide and rule.

Yes, for some women there is a ‘glass ceiling’, but the same is true for many men as well. If one is disabled, one does not get promoted; if one is blind, one does not get the good jobs, either. Believe me, I know this first hand.

Feminism is a foundation stone of the New World Order, a tool to make unwitting males and females submit to “divide and rule” and accept their ever-increasing state of enslavement. 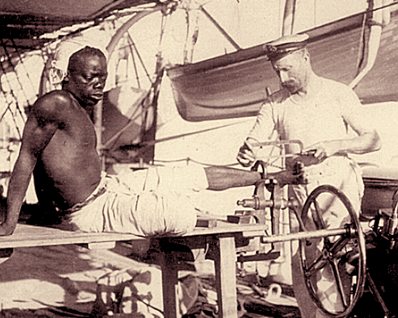 Historically it is toxic males who kept the slavers from the community. Without toxic males, the slave collars will once more be placed around the necks of the vulnerable, whether these collars be literal and made of steel or the psychological product of inexorable brainwashing.

The family is a balancing act. The male provides and protects; the female gives, nourishes and nurtures new life. Destroy either of these family roles and civilization perishes…

Yes, males are toxic, but they need to be if they are to fulfil their roles. They may well be a bit unpleasant in times of peace, but come the Morlocks, then their worth is uncountable.

War threatens once more. Putin is mobilising, calling up hundreds of thousands of MALE reservists. In October in Ukraine the rains start and the mud is deep, and then it freezes… 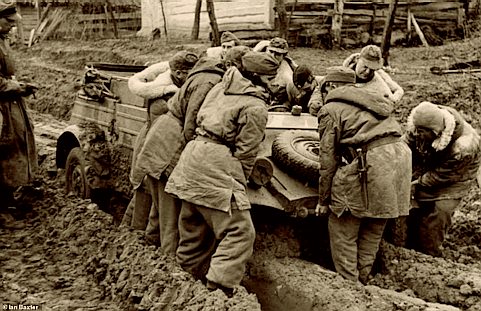 What is it that GI Jane can do that Napoleon and Hitler could not do?

14 thoughts on “How Males Became Toxic”