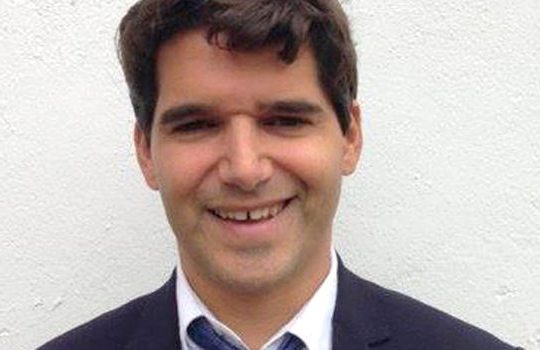 Courage: What Would We Do?

The scene was a conference in London involving educators and ex-prisoners. One of the participants was known to some of the others as a Muslim convicted of terrorism. Suddenly the convicted terrorist produced a long knife and slashed at and stabbed others near him, wounding two fatally and others seriously.

What would WE do if a crisis like that were to occur in front of our eyes?

Two men acted fast and courageously. Sizing up the situation swiftly, one grabbed a five-foot long narwhal tusk from the wall, another picked up a fire extinguisher. The jihadi knifeman left the building and ran out along London Bridge. The two men followed him, caught up with him and challenged him. He brandished his lethal knives menacingly at them, murder in his eyes. The tusk-wielder kept him at bay, while the extinguisher man set it off in his face, the stream of pressurised water disorienting him completely, and enabling them to close in and pin him to the ground. Passers-by came to help. Between them they held the struggling killer to the ground, managing to wrest the knife from his hand. Within a short time armed police arrived and hauled the heroes away. The mujahid opened his jacket to reveal a suicide vest. “A bomb!”, someone shouted, and people began to run from the scene. Two shots killed the killer. It was all over quite quickly.

How many more would have been stabbed without that swift reaction? We can never know. That quick-witted improvising of weapons, and the courageous selfless pursuit of such a dangerous armed individual are highly commendable. Those two men selflessly safeguarded the public from a lethal killer.

Back in June 2017, not far from that same location, a Spanish man, resident in London, was bicycling back from skateboarding one night when, in London’s Borough Market, he saw a woman being stabbed by a Muslim mujahid. Unhesitating and unarmed, he went to her rescue wielding only his skateboard.

What would WE do in a split second decision?

Ignacio Echeverria put his life on the line to save a female stranger. He struck at the knifeman with his skateboard, but was stabbed from behind by the mujahid’s two accomplices, ceramic knives strapped to their wrists. He died from his wounds.

That is courage, fine manly unselfish courage, a shining example. Quite rightly he has been posthumously awarded the Police’s medal for bravery.

The first policeman at the incident was likewise greatly courageous. He tackled the knifeman with only his baton. He was badly wounded in the face, head, and leg, but survived, crippled for life. He said:

“I feel like I did what any other person would have done. I’m so sorry I couldn’t do more…”

A passer-by, Gerard Vowles, 47, told local media that he saw the three attackers stabbing a woman at the south end of London Bridge. He said he threw chairs, glasses and bottles at the attackers in a bid to stop them.

“They went ‘this is for Allah’ and then they just started stabbing her multiple times.

“They kept coming to try to stab me. They were stabbing everyone. Evil, evil people.”

“You either run away or fight.”

Remember the three Americans and an Englishman on the Belgian train who overpowered the machine-gun-armed Muslim terrorist? They made the split-second decision. One, who was a college student, explained:

“We just did what we had to do. You either run away or fight. We chose to fight and got lucky and didn’t die.”

The Englishman Chris Norman, 62, joined in against the mujahid. In interviews, Norman has been very humble about his role in subduing the suspect. He said that he was acting purely on survival instincts and had thought that since he was going to die anyway, he’d rather die doing something instead of hiding in a corner and being shot.

All four were awarded the French Légion d’Honneur medal for bravery.

We do not CHOOSE these situations. They happen suddenly, in front of our eyes.

This war has been brought to us

“Our university condemns this abhorrent and senseless act of terror.”

Abhorrent, yes: senseless, no. This attack is part of a war. This war has been brought to us. It is an old war, a very old war. This is just the current phase. The war was declared by Islam nearly 1,400 years ago. It is commanded to be ongoing until all the world has submitted to Islam.

“Muslims must kill non-believers wherever they are, unless they convert to Islam” —Dr. Ali Gomaa, Grand Mufti of Egypt

“Fight and kill the non-Muslims until Islam is the only governance” —Koran 8:39

“Britain has always been Dar al Harb [the Realm of War]” —Anjem Choudary.

“We pledge to wage jihad for the rest of our lives until either we implant Islam all over the world or meet our Lord as bearers of Islam” —Samir Khan, “proud to be a traitor”.

The war has been waged in slow-motion in Britain for years now — bombings, stabbings, van-rammings, systematic rapes, abuses, and humiliation of British girls and women, assaults in “Muslim areas”, Sharia patrols, imposition of halal foods, job-loss for criticising Islam, removal of Christmas decorations, and so on. Our politicians are failing us. They are in denial, and shamefully tell us to “Keep Calm and Carry On”. Our police issue spineless instructions to “Run Away and Hide”.

We have to prepare ourselves mentally. There are going to be many more attacks by Muslim mujahideen — on a train, on a bridge, with a van, with a car, on a pedestrian way, at a shopping mall, at a concert, even in a church or a school. It is what Islam instructs, right there in Islamic law. We are the targets, and we need to be observant. It could happen to anyone. “Be Prepared” is the excellent motto of the Boy Scouts. Wherever we go we need to look intelligently at where an attack might come from, what could be used in self-defence, where cover exists, where the exits lie. If we see suspect people we can photograph them.

“We’re at war. We all must do what we can to help. We’re all going to die one day so make sure you go knowing you did your very best to fight terrorism and protect your turf especially for your children and grandchildren.”

We need, each of us, to have an answer to the question,