Michael Copeland writes for Liberty GB and is a frequent commenter here at Gates of Vienna. The essay below has been published before, but is no longer available online.

What is Government doing? How do they allow themselves to be so misled about Islam, and expose the people to so much risk? There has been a failure to grasp the mindset of this very different and alien social system.

The Western mind is hopelessly handicapped for comprehending Islamic ideology. To make any headway there is a need to part company with many basic assumptions and replace them with unfamiliar foreign ones, involving a large effort of imagination. In the mindset of Western Europe, livelihoods are tied to cities, towns or villages, in a climate with, generally, no shortage of rain. Everyone is accustomed to considerable freedoms and rights under a centrally administered modern democracy. Wilful mental energy is needed to transport the mind’s eye to a seventh century desert nomad tribe, a close-bonded group of travellers with no base, with restricted rights under a ruthless leader whose word is law, and where water is very precious.

Life under a harsh and unremitting sun is a harsh and unremitting regime with cruel punishments. Women, mutilated as girls, and with about half the rights of men, are kept as closely-guarded chattels, fully covered from view, to be sold as child-brides, then used and beaten as wives. Offences are punished with retaliation or blood money. Captives taken in raids are kept as slaves, ransomed or sold. The tribe moves on from grazing to grazing, every action governed by strict all-controlling warrior codes which permit no disobedience, no dissent, no freedom of conscience. It is a life of raids and booty, feuds and self-defence, ruthlessly enacted without a central national administration. The tribe with its elders is the unit. There is no Geneva Convention, no Declaration of Human Rights, no Women’s Liberation.

That is the picture. Think Lawrence of Arabia.

Islam is unchanged from the seventh century. Europe’s Christian year 622 is year 1 of Islam’s calendar. There has never been any Reformation or modernisation. Islamic law — Sharia law — proclaimed as both unchanged and unchangeable, gives an authentic historical insight into that era, with its hostility to outsiders. Islam is a Brotherhood, male-dominated, armed, and kept ready for fighting. Its stated objective, also unchanged, is imperial domination, imposing Sharia law on all mankind — “by persuasion or by force” — in the dreamed-of Global Caliphate. The ideology is fixed, but it does not exclude Western inventions. Think Lawrence of Arabia with mobiles and AK47s.

The command for continuous war

The Koran, part of Sharia law, held to be “true from eternity to eternity”, and unchangeable — “None may change his words” (18:27) — contains the ongoing order to wage war on outsiders. Modern listeners in Western Europe receive the concept “wage war” with a modern European mindset, namely, as a state waging war on another state, after the due formal declaration. Here immediately there is a communication problem: the Western mindset is fixed in the twenty-first century. Commands in the Koran need to be understood in their illiterate seventh century desert tribal context. There is nothing national about them, nothing formal or diplomatic.

Desert tribes of the seventh century were unlettered, relying on oral transmission, and had a culture of robbery — survival of the warlike. They did not subscribe to any international convention for defining a state of war: they just went ahead and attacked, preferably in a surprise raid, and likewise they had to be capable of defending themselves if they in turn were attacked.

The Koran’s commands for “war” should be understood in its tribal context, frequently as “attack”, though also as defence. Likewise with all the many commands to “fight” non-members which permeate the Koran: “Nothing else is mentioned more than the topic of fighting in the Koran”, explained Anjem Choudary to the BBC. The word “fight”, explains Arabic speaker Ashraf Ramelah of Voice of the Copts, is one of those artfully deceptive translations that disguise the homicidal original, which is “kill”, or “fight to the death”. Abu Hamza helpfully confirms this: “When you fight, you fight to kill: you kill”. 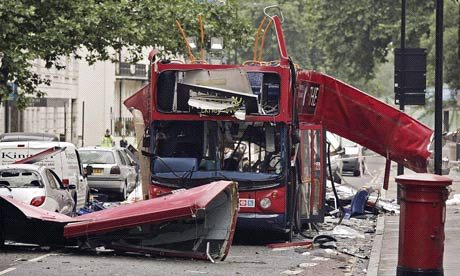 The Koran, interestingly, is more than 62% devoted to the subject of non-members, how they are unclean and have to be despised and hated, and how there is the duty to “fight” them, subjugate them, and dominate them. It makes the attacking easier, and the booty more justified. The spoils are the tribesmen’s pay, and a means of acquiring women in a regime where the rich buy multiple wives.

In illiterate desert tribal usage there would not have been any expectation of a prior challenge or invitation to war. This is not European chivalry. This is following “the path”, in Arabic, “sharia”. These are roaming camel-borne herdsmen of no fixed abode, taking grazing where they find it and moving on, attacking people who are not of their tribe, and taking booty. They are not cultivators: they are not builders: they have no home village, and move around, taking and discarding as they go. The tribe is their home, their pride, their honour. No-one else is of any consequence.

These are the basic harsh politics of the desert tribe:

This is the mindset for the arid equivalent of the urban jungle. Add, specifically for Muslims, that Mohammed provides the beautiful pattern to follow, so his actions, terrorising, killing, robbing, torturing, should be copied. “I have been made victorious with terror”, he said.

At that period rules for governing, for holding people together, were all part of what was promoted as divine purpose. The English words ligature and ligament both use the same Latin root ligere, to bind, as the word “religion”, which expresses a common bond that “binds” people together. The word “religion” when it appears in the Koran needs to be understood today in this light as governance, law, control of behaviour: it is emphatically not restricted, as in the West today, to private conscience. No private conscience is permitted in Islam. There is no separation of mosque and state: mosque is part of state. Islam, with its thousands of detailed rules, remains today a total system of conduct: “no one can regard any field of his affairs as personal and private”, wrote the famous twentieth-century scholar Maulana Maududi, “the Islamic State bears a kind of resemblance to the Fascist and Communist states”.

Jihad to impose the Caliphate

Fighting “in the way of Allah” is how the Koran refers to Jihad. The Koran, and the traditions — Hadith — form part of Islamic law. A person who denies any verse has to be killed (Manual of Islamic Law o8.7(7), o8.1). The killing can be performed without penalty by anyone “since it is killing someone who deserves to die” (ditto o8.4). The Manual of Islamic Law says (references are at the end of this text): “Jihad means to war against non-Muslims …signifying warfare to establish the religion”, a “communal obligation” (o9.0, o9.1). The Koran is clear:

The command to “fight”, meaning “kill”, is a personal instruction, not addressed to the state, but to each man, who needs to be a fighting man, a soldier and brother. It does not await a declaration: it is permanent. All communities that are not Dar al Islam, the Abode of Islam, are Dar al Harb, the Abode of War. Al Azhar University in Cairo teaches that Jihad is “a permanent war institution”.

“Muslims must kill non-believers wherever they are unless they convert to Islam.” 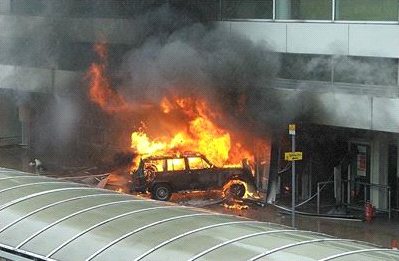 Each member has a personal duty to “wage war” on outsiders by Jihad. It is not always with a weapon: the cause can be supported by donations of money and time. However, again and again speakers enjoin war with weapons, and killing.

“The greatest sacrifice made in the way of Allah is Jihad. In it man sacrifices not only his own life and belongings but destroys those of others also.” — Maulana Maududi, Towards Understanding Islam

“You shall not regain Al-Aqsa [Jerusalem] and Palestine without preparations, rockets, and guns… not… through negotiations, capitulations, kisses, or hugs. The one thing that will restore Palestine to you is Jihad, Jihad, and more Jihad.” — Sheik Muhammad Zaghmout, head, Palestinian Islamic Council in Lebanon, 2012.

The command to establish Islamic law exclusively entails the elimination of man-made law and the extinction of nation states:

“The abolition of man-made laws cannot be achieved only through preaching.… It must employ Jihad.” — Sayeed Qutb, Milestones.

“Prophet said: The Muslim nation is one nation, to the exclusion of all others.” (placard in Oxford Street march 25 March 2011 ThinkAfricaPress at 0.31)

The goal is political, the Global Caliphate, “Mastership of the World!”, as Safwat al Hegazy of Egypt said. The Caliphate is the dreamed-of single Islamic state for all worldwide, totally under Islamic law, to be imposed by Jihad. Hear revered medieval scholar, Ibn Khaldun, “Holy war is a religious duty …[to] convert everybody to Islam either by persuasion or by force.” (The Muqaddimah: An Introduction to History).

“Islam wishes to destroy all states and governments anywhere on the face of the earth which are opposed to the ideology and program of Islam. …non-Muslims have absolutely no right to seize the reins of power in any part of God’s earth.”

The dire condition of the West

This vigorous mindset of imperial expansion — by persuasion or by force — is what Westerners, particularly their leaders, need to realise, and quickly. Western politicians are seriously failing to defend their states and peoples, a dire condition that is becoming more and more self-evident in Europe and North America. What are we paying for? Government or criminal negligence?

Koran and Hadith (traditions), all part of Islamic law:

Bukhari (v7. 67:427) Mohammed said, ‘If I take an oath and later find something else better than that, then I do what is better and expiate my oath.’”

Reliance of the Traveller, Manual of Islamic Law o8.1, o8.7(7) “a person deserves to be killed” if he “deny any verse of the Koran”.

Non-Muslims, the unbelievers, are:

Ibn Kathir on 9:29: Non-Muslims are not allowed to be elevated above Muslims.

The Koran can be consulted online: www.quran.com

The Manual of Islamic Law is available as a free download: www.shafiifiqh.com/maktabah/relianceoftraveller.pdf

16 thoughts on “The Mindset Need”