Ethnic Swedes, the indigenous population, are now just one of many peoples who inhabit a rural area in northern Europe called Sweden. Within a few decades the white Swedes will be a minority in a country that was once their own.

Our Swedish correspondent LN has translated this article from Samhällsnytt about the catastrophic results of Sweden’s immigration policies, and how some now openly allow themselves to discuss the coming Swedish demographic catastrophe:

Swedes have no right to demand to be able to recognize themselves in their country or society. Instead, they should be grateful that the country is being taken over by immigrant groups such as the Assyrians in Södertälje. 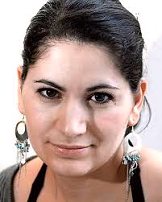 This was claimed by the newspaper Sydsvenskan‘s cultural writer Rakel Chukri, who herself is of Assyrian origin, in a debate at the Book Fair.

The big book fair in Gothenburg is currently underway. Although national-friendly actors such as the paper Nya Tider [New Times] are now barred from participating, the infected immigration debate was not entirely avoided. After decades of criticism of the negative consequences of immigration policy by the Sweden Democrats/SD and the new alternative media, the critical debate has gradually started to reach the editorial boards of the old media as well. What first became sanitized to mention was that immigration costs a lot of money, something that was long denied.

But recently the door was also opened to discuss other aspects of Sweden’s transformation into an ethnically segregated country, topics previously considered to belong to the domain of racism. The phenomenon that is usually called “white flight” — that is, Swedes move out when immigrants move in — does not solely have socio-economic explanations.

Just as migrants associate with their own groups, Swedes also see a value in living with people from their own ethnic group. Ivar Arpi from Svenska Dagbladet broke new ground in the mainstream media when he recently broached what ordinary people, Sweden Democrats/SD and alternative media have been talking about for decades — it is demographics, rather than the economy, that is prompting more and more voters to turn to the SD.

Opinion gap between the people and the journalists

Ivar Arpi received a lot of praise from discerning people for leaving ajar this door into the establishment media. The initiative was less popular within the largely left-wing culture and among elite journalists.

Ivar Arpi had “crossed the boundary of decency”, it was said, by attributing to Swedes the same right and property as other ethnic groups, to feel connected with their own and, to put it mildly, a certain aloofness from other groups and cultures.

The issue came up on Friday in a debate at the Gothenburg Book Fair where Ivar Arpi participated. He argued that large parts of the Swedish people had not internalized the decree of the mainstream opinion to be positive and embrace the idea of a multicultural society and the changes that have been the result of a number of decades of an extremely expansionary immigration policy in an international perspective.

Also joining the debate was Jens Liljestrand from Expressen, who had previously profiled himself as a admirer of the immigration policy that he believes enriches Sweden and the Swedes. He stated during Friday’s discussion at the Book Fair that he advocates free immigration.

“No right for Swedes to recognize themselves”

Sydsvenskan’s cultural writer Rakel Chukri went even further. She said that the Swedes have no right to their country at all. “It is not a human right for Swedes to recognize themselves in Sweden,” she stated.

Chukri expanded on her point by using Södertälje as an example, where Swedes are now in the minority and Assyrians / Syrians dominate demographically by making up about 35 percent of the inhabitants.

Old Södertalje residents who no longer recognize themselves in their city should not see it as something negative, said Chukri, who herself has an Assyrian immigrant background — instead they should be proud that a foreign ethnic group has made Södertälje its own capital.

Chukri also said that she and other Assyrians did not come to Sweden to adapt and become Swedes, but to continue to be Assyrians. She answered in the affirmative the question from Ivar Arpi of whether it is important for her to have an Assyrian identity, but refused to comment on the fact that it has been portrayed as shameful and racist for Swedes to want to be Swedish in the same way.

Liljestrand, who had some problems entering the now-heated discussion, at this point, upset, stated that it is just a myth that it would be controversial to express pride in one’s ethnic Swedish identity.

An American researcher on immigration to Sweden: “It’s a completely different country”

The Book Fair also featured the American researcher and political scientist Sheri Berman of Columbia University in New York. She came to Sweden for the first time in 1987 to do research and believes that Sweden today looks “dramatically different” compared to then as a result of the extreme immigration.

“Today your society looks dramatically different. It is a completely different country. The demographic change that Sweden has undergone in recent decades is quite incredible. To think that this kind of change could happen without any problems is historically unprecedented. It is a demographic experiment of historical dimensions,” she says in an interview in Svenska Dagbladet.

At the same time, Berman subscribes to the idea of left-liberal democracy which she believes has become the norm in post-war Western Europe and thinks it is possible to combine diversity with democracy.

But she describes this as the biggest and most difficult challenge for Europe today and believes that there is a naivety among the governing bodies that the multicultural social project should be able to be performed free of friction.

Berman is convinced that cultural antagonisms in a society are much harder to overcome than traditional class contradictions. Today’s problems with immigration are far greater than the problems with social classes in the past.

“The more homogeneous a society is, the easier it will be to live in. There will be fewer gaps and groupings, and it will be easier to create a sense of social solidarity. The sense of social trust will be high.” [What excellent wisdom! —LN]

11 thoughts on “Beloved Foreigners… And Friends”