The following post consists of two guest-essays about Tariq Ramadan by Michael Copeland. Both pieces were composed before the latest allegations of rape were made against Mr. Ramadan. 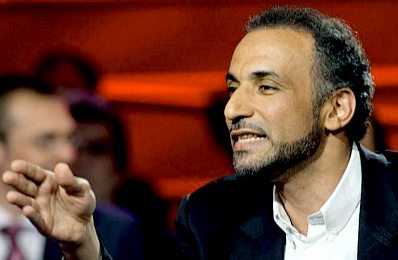 The Golden Rule — to do unto others as you would have them do unto you — is familiar as a model for codes of conduct and for systems of governance.

Tariq Ramadan, holder of a Qatari-funded chair at Oxford, has recently been the subject of accusations against him of rape and brutal sexual assault, some from former pupils and students from earlier teaching positions abroad. The University was shamed into putting him on leave. Before the current allegations Ramadan acted as adviser on Islam to David Cameron, and used to be invited as a speaker to different venues. At one such talk in a church he was asked about the Golden Rule. He answered that in Islam the Golden Rule operates for “your brothers and your sisters, and some scholars say for all of humanity”. This sounds quite appealing, but deserves closer examination, and some explanation.

Your brothers and your sisters

Notice that “your brothers and your sisters” are cited separately from “all of humanity”, who only “some scholars say” are included. Why is this? It is because “your brothers and your sisters” means fellow muslims. The rest of humanity, the non-muslims, do not qualify. The unnamed “some scholars” are useful decoys. They were not identified, but their opinion, if they exist, can easily be shown to be unreliable by reference to the Koran. It is this book, available to be consulted online, that provides the instruction. The Koran is part of Islamic Law. Denying any verse is a capital offence (Manual of Islamic Law o8.7 (7)), which anyone is free to carry out vigilante-style: there is no penalty, “since it is killing someone who deserves to die” (Manual, o8.4).
Apartheid 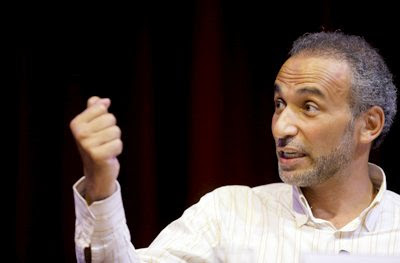 As well as mandating this enmity, the Koran itself confirms that the Golden Rule only applies to muslims, not to “all of humanity”. Muslims “are merciful to one another but ruthless to the unbeliever” (48:29). Non-muslims have to convert, or accept subordinate status with restricted rights (only if they are Christians or Jews), or be killed, like Yazidis and Hindus. “Kill unbelievers wherever you find them”, instructs verse 5 of chapter 9, the chapter, “Sura At-Tawba”, cited by the Woolwich killer of Lee Rigby. Under Islam’s doctrine of “abrogation” it is that chapter, because it is the latest in time sequence, which overrides and “abrogates” all the peaceful verses elsewhere. “The verses of forgiveness”, revered scholar Mohammed As-Shawkani explained, “are abrogated by the obligation of fighting”.

Ali Sina, an Iranian ex-muslim, speaking from an inside knowledge of Islam, says:

“The reason I am against Islam is not because it is a religion, but because it is a political ideology of imperialism and domination in the guise of religion. Because Islam does not follow the Golden Rule, it attracts violent people.” (quoted by Geert Wilders, Berlin, Oct 2010, www.AtlasShrugs2000.com)

Islam has the sinister doctrine whereby deception in the cause of Islam is specifically authorised: it has a name — taqiyya. Tariq Ramadan is artfully deceptive. The Golden Rule is not part of Islam. 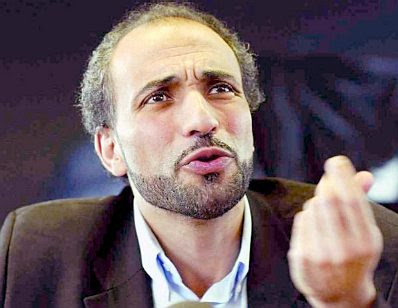 Tariq Ramadan: “Are You Swiss or a Muslim?”

Tariq Ramadan, holder of a recently created Qatari-funded chair at Oxford, is at present the subject of several accusations of rape and brutal assault by different women, some of them former pupils and students from previous teaching positions. The University, at first inactive over these allegations, was shamed into putting him on leave. An Egyptian with Swiss nationality, he is a grandson of the co-founder of the Muslim Brotherhood, the parent organisation of Al Qaeda, Hezbollah, Hamas, and other designated terrorist entities. Ramadan was David Cameron’s adviser on Islam.

Speaking a few years ago to a mainly Anglican audience in an English church, he touched on the subject of citizenship by asking and answering himself as follows:

“Are you Swiss or a muslim?”

The audience laughed obligingly, and that is as far as he took the topic. His humorous touch is an example of artfully closing, and thus dodging, a subject by bluff, a device to put the listener off the scent.

The uncomfortable reality is very different. The question is not silly, and bluff is not an answer. The loyalty that a muslim is instructed to have is to the Sharia, to Islam, overriding loyalty to any State. As Ramadan himself instructed, to an audience of muslims,

“The only law we must respect and apply is the Sharia.” (4freedoms.com/group/infiltration/forum/topics/tariq-ramadan-s-context-interpretation-gimmick)

A placard carried in a pro-Sharia procession in Oxford Street confirms the point by citing an Islamic text ( ThinkAfricaPress www.youtube.com/watch?v=rq4el7gyPas at 0.31):

“Prophet said, ‘The muslim nation is one nation to the exclusion of all others’”.

Samir Khan, a US citizen and Al Qaeda member, formerly of North Carolina and New York City, made the obligation quite clear (www.jihadwatch.org/2010/10/us-jihadi-i-am-a-traitor-to-america-because-my-religion-requires-me-to-be):

“I am a traitor to America because my religion requires me to be. We pledge to wage jihad for the rest of our lives until either we implant Islam all over the world or meet our Lord as bearers of Islam.”

The Qatari-funded Ramadan is muslim: Islam does not permit its followers to choose. Hear what he said to a mainly muslim audience in Berkeley, California. They needed no bluff:

“At the end of the day, you might be a Muslim-American, Black, Latino, but not really. Us versus them…After four generations, you are Muslim with an American background.” (www.frontpagemag.com/2012/cinnamon-stillwell/uc-berkeley-and-the-%E2%80%98islamophobia%E2%80%99-lobby/)

Let the question be repeated:

“Are you Swiss or a muslim?”

“Muslim, loyal to Islam, nominally a citizen of Switzerland, but obliged by Islam to struggle in jihad, by force if needed, to make Switzerland, and Britain for that matter, Islamic, no longer a nation, but part of the One-Muslim-Nation-to-the-exclusion-of-all-others, the Global Caliphate, with Sharia law imposed on everyone.”

The Koran can be consulted online www.quran.com.

The Manual of Islamic Law, “Reliance of the Traveller”, can be purchased online.

7 thoughts on “Tariq Ramadan: The Artful Dodger of Oxford”