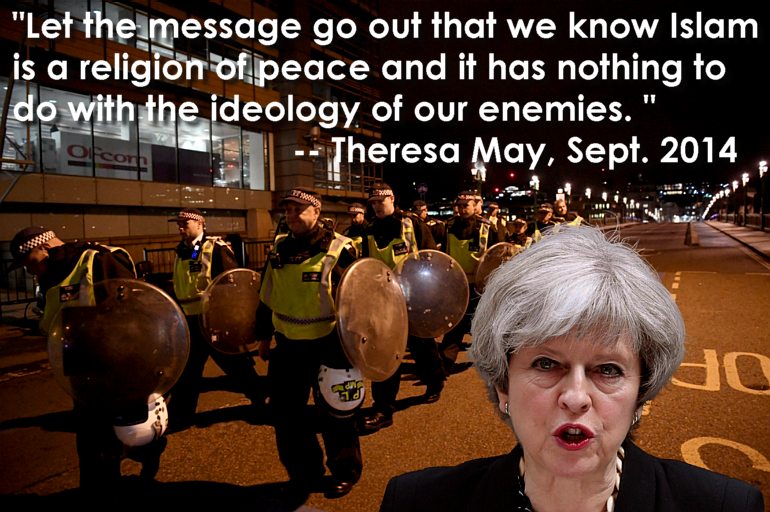 Last night’s jihad massacre in London is harder to fob off as a “lone wolf” operation, since there were at least three mujahideen involved. The deed was carefully planned in advance, and was obviously part of a conspiracy.

Hmm… That’s difficult to shoehorn into the Narrative, isn’t it?

The reaction to the London Bridge atrocity is stronger than those after previous attacks, possibly because this is the third major multiple-casualty terrorist operation in Britain since the beginning on the year.

Prime Minister Theresa May spoke about last night’s events in front of 10 Downing Street this morning. In the following video Paul Weston, the chairman of Liberty GB, responds to Mrs. May’s remarks with some of his own, and recommends a few sensible policy changes in the wake of the most recent carnage:

Vlad Tepes annotated the excerpt below from the prime minister’s speech in which she speaks of the need “regulate cyberspace” to deny the terrorists a “safe space” on the Internet:

Three guesses as to which types of people will be the prime targets of any new wave of online repression.